DOCUJury: who and how do we entrust with judging this year 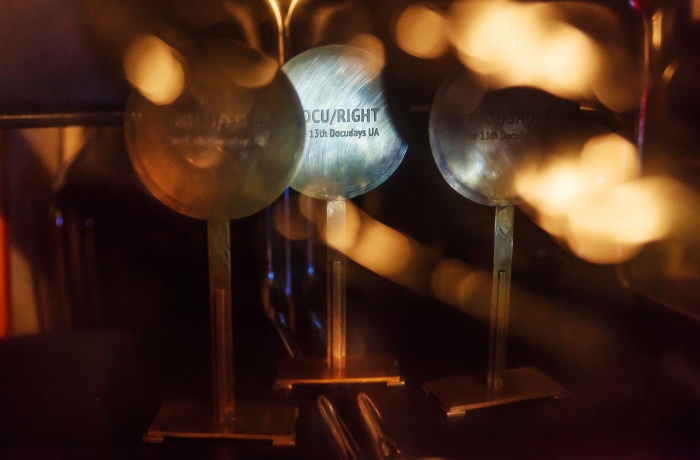 It is time we met the festival jury that will be selecting the winners among the films in competition.

The best among the participants in the creative documentary filmmaking competition DOCU/LIFE will be selected by expert in PR-campaigns for films Thessa Mooij, Benjamin Bibas, the founder of the “Documentary Fabric” in Paris and Hulda Rós Gudnadóttir, a director who experiments with documentaries, sculpture and contemporary photography.

Thessa Mooij has worked with film stars such as Spike Lee, Michael Imperioli and Rutger Hauer. Her company Silversalt PR is now handling the campaigns for festival premiers in North America and Europe.

Besides the “Documentary Fabric”, it’s founder Benjamin Bibas also does the French documentary radio, telling about the international criminal justice, particularly about the role of Africa in the globalization.

The main topic of Hulda Rós Gudnadóttir’s works is looking at socioeconomic questions from the personal point of view. The works emerge in the process based on practice and public demonstration, which she calls the research. She has won many awards for her directing, including the award of the film academy (Edda) for the best documentary film in her home country, Iceland.

The competition DOCU/RIGHT traditionally includes the films which highlight the struggle for fundamental rights and freedoms. Known Ukrainian photo documentalist Aleksandr Glyadyelov, expert in democratization Igor Blaževič and public activist Valentyna Potapova will select the best film in this category.

Today photographer Aleksandr Glyadyelov is actively collaborating with “Medecins Sans Frontières”, his photographs are used by such international organizations as MSF, HRW, UNAIDS, UNICEF. For the past 20 years he’s been focusing on social topics: working on long-term projects about children and the HIV epidemic. He is the author of more than 30 personal exhibitions.

Igor Blaževič and his wife Jasmína have created more than ten documentary films together for Czech Television. Igor has been collaborating with People in Need (PIN) since the 90s, and later obtained a post of director of all the programs dedicated to democratization and human rights. Igor Blaževic is a founder and long-time director of the One World festival in Prague.

Valentyna Potapova is now monitoring and researching the state of civil society in the AR Crimea and Ukraine. For the last 8 years she has been Docudays UA regional representative in Yalta and Berdyansk.

Oleksandr Husiev is member of the National Union of Cinematographers of Ukraine and of the FIPRESCI. His critical texts are published in media such as “Ukrainska Pravda” and “Ukrinform”.

Salomé Jashi has studied journalism and worked as a reporter for a couple of years. Since 2005 she’s been shooting documentaries and has her own producing company Sakdoc Film in Georgia. Her film “The Dazzling Light of Sunset” got the main award of the Regard Neuf competition at Visions du Réel film festival in Nyon.

Students will select their favourite among the films in competition. The youngest Docudays jury consists of five members and is formed according to the recommendations of youth organizations. This year we have entrusted the judging to young journalist Denys Prystay, member of “SUK” civic organization Sabina Asadova, history student and active volunteer of all-Ukrainian art events Tetiana Mazur, Yulia Haleta, a philologist researching literary ecocriticism and documentary theatre, and Anton Aleksakha, organizer of “Urbanaut” festival of social urbanism and urban culture.

This year’s festival begins on 24 of March. Full Docudays UA-2017 program schedule will appear on the website soon. Right now you have the opportunity to buy the festival pass.