Qutaiba Barhamji: “If you want to be famous, don’t become film editors” 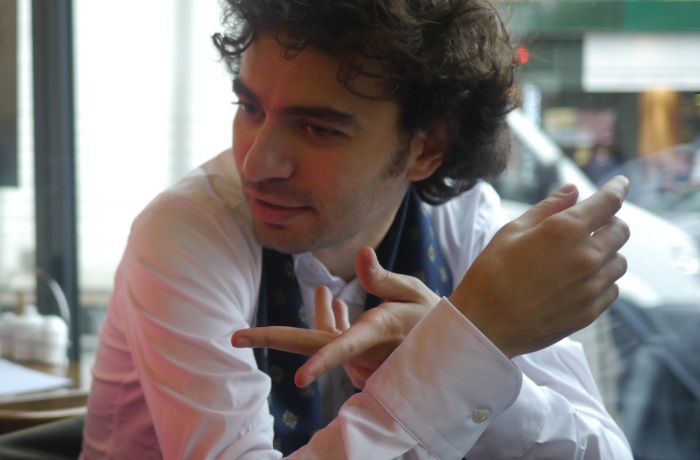 Qutaiba Barhamji is one of the most well-known editors in Middle Eastern documentary film. As a member of the international DOCUDAYS UA jury, he will select the winners of the DOCU/SHORT and DOCU/UKRAINE competitions. He will also present the film Still Recording, included in our DOCU/BEST selection — a first-hand story of rebels in the Syrian war. In addition, as a part of the DOCU/CLASS programme, Qutaiba will hold a creative meeting about the job of film editor on 25 March at 3:00 p.m. in the Classic Hall of the Zhovten Cinema.

Oleksandr Teliuk, a film critic and director, contacted our guest and talked to Qutaiba about the wave of Syrian wartime films, the rules of editing, and the problem of honesty in documentary film.

The work on the film Still Recording started during the Syrian revolution, back in 2011. At what stage did you join the project?

Yes, the work on the project took a very long time. One of the directors, Saeed Al Batal, directly participated in filming the footage during battles in Syria, while the other, Ghiath Ayoub, was in Lebanon at the time, working with the editor Raya Yamashi.

They had over 450 hours of footage, so they cut it into scenes and events to get a seven-hour and a three-hour version of the film. The editing took over a year, but they had a hard time bringing everything together.

Then they called me. I currently live in France, but I was born in the area in Syria where all the events of the film took place. Still, the project’s difficulties weren’t over. Because Saeed was the director and the protagonist at the same time, it was hard for us to find a distance from the events we were showing. In addition, some of the episodes that were important to include in the film were not filmed, such as the chemical attack, which happened at night. Saeed wasn’t able to turn the camera on, but this was a very hard experience for him, and he wasn’t able to talk about it for a long time.

So we had to look for ways to express this trauma. The film has this two-second shot with dead chickens. It was filmed accidentally, but we put it in to convey this episode. 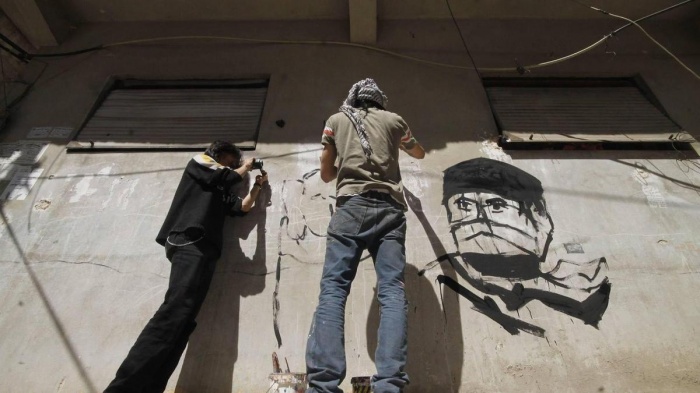 From the film Still Recording

The topic of the Syrian war has already been represented in many films, both little-known movies and films that were nominated for the Academy Awards. Do you perceive any kind of evolution in the representation of war in these films?

Indeed, every festival now has films about the Syrian war in its programme, but it doesn’t mean that there is a sufficient number of these films, especially given that the majority of these films are their directors’ first or second films: Last Men in Aleppo is Feras Fayyad’s debut, Taste of Cement is Ziad Kalthoum’s second film.

You can’t really generalise these cases. The only thing these films have in common is that it is difficult for the filmmakers to make them. The audience expects them to show the documentary truth about the events of the war, but these films are just particular artistic perspectives on it.

The most important thing is that you can now make films in Syria. It used to be completely forbidden and censored.

The majority of films about the war in Syria are edited in Europe, such as Silvered Water, Syria Self-Portrait, which was almost completely edited together from amateur footage. There is an ethical question here. Is it right to use other people’s anonymous or archival materials in your own film?

I recently talked to another Syrian filmmaker who once showed his film at the IDFA, and then he couldn’t send it anywhere else. He edited the film in Berlin and received the footage from Homs. He confessed that it was the hardest thing he had ever done in his life, editing the footage he didn’t film about people who live in extreme situations or even die, and being responsible for it to himself and to the audience.

The film Silvered Water is quite heavy, we can discuss it a lot, but it’s actually a rather typical form of representation of contemporary war. Even Feras Fayyad has his own videographers in Syria, even though he has never been there himself.

At one point, the protagonist of Still Recording says a phrase that sounds like the motto of the film’s authors: “Image is the last line of defence against time.” Is there any rule of this kind in your worldview which you use in your editing work?

As an editor, I often don’t know about the filming conditions and do not know the film’s protagonists personally. So I cannot edit without having the director next to me.

The editor spends the most time with the director of all the film crew. We sit in the same room day by day, for weeks and months. So it’s very important for us to have similar goals in life. My task is to understand the director and help him express sincerity.

When I edit, I work as a psychologist: I don’t say what should be done, but I ask a lot of questions. I offer many options to the director. But he has to be certain in his choice, because each cut is a question asking if the director is still honest.

In film today, we often hear the voices of the director, the actor, the cameraman, but not the editor. What is the perspective on the contemporary documentary film if you look at it from the editing room?

At my workshops, I ask people if they know any editors. Usually nobody knows any. So I say: if you want to be famous, don’t become editors. At the same time, I usually follow editors, such as Hank Corwin, a master of parallel storylines who started with Natural Born Killers and recently edited the latest films by Adam McKay.

Editing documentaries is more difficult, because you often don’t have a basis, but you have more ways to tell the story. There are a lot of versions of how the film can be edited, but only one of them is the director’s version, and it is not always the best for the material.

This will be your first time in Ukraine. Do you know at least something about the local film context?

Ukrainian films are still quite rare guests at international festivals, but usually everyone in the world knows Serhiy Loznytsa. I also saw the films by Alisa Kovalenko, Ukrainian Sheriffs by Roman Bondarchuk, The Winter Garden’s Tale by Simon Mozgovyi, My Father Is My Mother’s Brother by Vadym Ilkov (the latter two can be watched at this year’s DOCUDAYS UA. – Ed.).