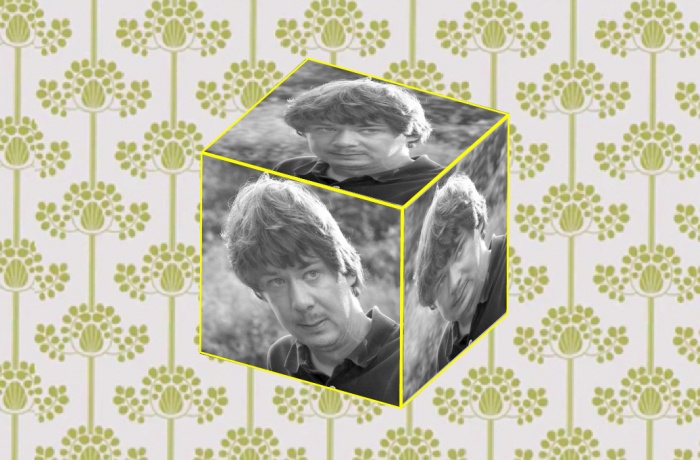 We are looking closer at each of the films in the national DOCU/UKRAINE competition. Today we focus on Ivan’s Land by Andrii Lystetskyi. Aliona Penziy asked Andriy about the philosophy of the film’s protagonist, the folk artist Ivan Prykhodko, about the shooting process and his director debut in documentary filmmaking.

What motivated you to start making your film?

A lucky chance! I was scouting for locations a few kilometers away from the Boryspil Airport runway, and I saw a strange yard, a house which seemed like it hadn’t changed since the 19th century. With planes occasionally lifting off in the background.

To what extent do you relate to the worldview of your protagonist?

I guess all the members of the film crew asked themselves this. In just a few hours of talking, Mr. Ivan strikes you with his philosophy and approach to everyday life. He is an incredibly free and happy person. This, of course, is fascinating.

Mr. Ivan lives in harmony with nature, and thanks to his art he is also in harmony with himself. Land gives him everything he needs. He doesn’t depend on the social world. So sometimes, as we were leaving the filming location, someone in the crew uttered, “Screw the bustle of life! Maybe I should start living like Mr. Ivan!?”

How did it feel to work with a documentary film as a director for the first time?

It’s an interesting experience! But I had to write a lot of texts, even though I’m more inclined to draw. This created some inconvenience. In documentary filmmaking, the director is not just a creative unit, but also an administrative-technical one. You need to write heaps of papers: the calendar plan, literary and extended director’s scripts, etc. Before each day of shooting, I drafted a short plan and discussed with the crew what I wanted to film and in what way.

But still, filming for me is always an incredible journey, even if I don’t need to actually travel anywhere. Because the most important thing about a journey are friends with whom you overcome obstacles. With a good crew, you can dare to make courageous experiments.

How has your experience as a cinematographer affect your language as a director?

As a director, I have much more workload and responsibility. To put it very simply, the director is about “what to do,” and the cinematographer is about “how to do it.” It was important not to lose the balance between content and form. In any case, a film is a collective artwork, a synergy between all the participants of the process.

Is there a difference for you in working with fiction and non-fiction films? And if there is, what is it exactly?

These genres use different technical and creative means of expression. But I think that the structure of an image is based on the same grounds. In feature and documentary film, you as an author determine where to put the camera and when to press ‘record.’ The rest is details. But in art, details are the most important thing.