The festival will visit more than 200 Ukrainian cities and towns and show the most interesting documentaries from around the world made over the past two years. The Festival will be taking place in a combined (online and offline) format until the end of December in 21 oblasts of Ukraine: Kyiv, Dnipropetrovsk, Zaporizhia, Ivano-Frankivsk, Kirovohrad, Lviv, Poltava, Kherson, Chernihiv, Chernivtsi, Ternopil, Volyn, Donetsk, Zhytomyr, Kharkiv, Vinnytsia, Odesa, Sumy, Zakarpattia, Rivne, and Khmelnytsky. Starting from 1 September 5 films from the 18th Travelling Docudays UA programme will be available at the DOCUSPACE online cinema.


This year, cinemas, houses of culture, schools, higher education institutions, Docudays UA film clubs, libraries, institutions of the State Criminal-Executive service of Ukraine, and other locations will become platforms for film screenings and discussions. All offline festival events will take place in compliance with quarantine regulations. We will also hold online film screenings and educational events. Spectators will be able to communicate with film directors, invited human rights activists, and workers of culture.


This year's theme of the Festival "Full Recovery" is dedicated to the human right to health. We will focus on how the pandemic has changed each of us, our society, our country, and our world. We will delve into the problems of the health care system exposed by the Covid-19 crisis and look for ways to solve them. Let's talk about the mythology that arose because of COVID-19, fears, social distance, adaptation to the new reality, and what human rights had to be given up in exchange for public health. And the most important question is: how to reach full recovery?

The programme "Full recovery?" at the Travelling Festival will be represented by four documentaries. Collective by Romanian director Alexander Nanau about the tragedy, a fire at the nightclub Colectiv. The incident spurred a journalistic investigation that uncovered large-scale corruption schemes in Romania's healthcare system.


76 Days by directors Hao Wu, Weixi Chen, Anonymous (a local reporter from Wuhan who chose not to disclose his name) has collected poignant and intimate stories that bear witness to the death and rebirth of the Chinese city under a 76-day lockdown. Katrine Philp’s film Beautiful Something Left Behind tells the story of the working process of social services that help children cope with grief after the death of their parents. The programme also includes the film Citizen Bio, a deep investigation into the biohacking underground. This is where experiments on the body and health take place, too radical even for advanced medicine.


The DOCU/BEST programme includes vivid, touching, and funny hit films, favorites of this year's Festival. In Bloody Nose, Empty Pockets by the Ross Brothers, regulars of the Las Vegas bar will gather for the last time before the closing of their favorite bar. The film tells the stories of people from different segments of American society. The film The Mole Agent is a touching detective story about 83-year-old Sergio, who becomes an undercover agent in a nursing home. He becomes increasingly involved in the lives of other retirees and understands the true origins of their sadness. 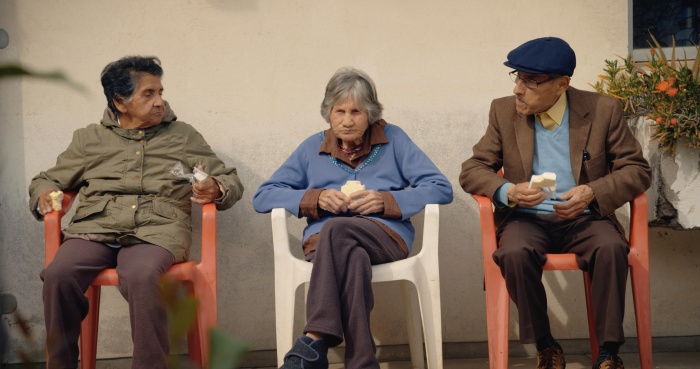 The DOCU/WORLD international competition presents three documentaries. Among them is There Will Be No More Night which received the international competition special award and the audience award at the Docudays UA-2021. The film is based on video recordings from the American and French armed forces in Afghanistan, Iraq, Syria. The film diverts these images of propaganda and shows how far the desire to see can lead when it is used without limit. A Colombian Family tells the story of Ruby, an idealistic mother who is fighting for the poorest people in Colombia, and her daughter Yira, who lives in exile in Cuba. For the first time in decades, mother and daughter are trying to forgive the letdowns of the past. The film won the RIGHTS NOW! main award at the Docudays UA-2021. The film Petit Samedi is about a hard-working, caring, responsible man who fights drug addiction most of his life. The film is a universally relatable, life-affirming portrait of a man facing his demons. The film received the student jury main prize.


The DOCU/SHORT competition programme includes two short films. Son of the Streets tells the story of 13-year-old Khodor, whose family is trying to get an identity card. Without it, the boy does not have access to medicine and cannot move outside the Palestinian refugee camp in Beirut, Lebanon. Riders Not Heroes is a short video essay that investigates the precarious conditions of food delivery riders in Milan.


The coming-of-age story of a teenager Arturo, who tries to determine his identity in a society where his choice is condemned in absentia, is told in the film Things We Dare Not Do from the DOCU/YOUTH programme.


The films from DOCU/ART programme explore and problematize the nature and role of art in the life of modern human being and society, and raise the question of the boundaries between truth and fiction. The Travelling Docudays UA programme includes films The Last Archer about one of the most revolutionary Canarian artists of the twentieth century, and The Filmmaker’s House, in which the director begins filming characters involved with his life.


Short documentary animated films from the block LINOLEUM PRESENTS: DADDYCATTED give boundless freedom of creative expression and depict what is impossible (isn't it worth it?) to film. My Other Son tells the story of a father who goes through bewilderment and denial to the most unconditional love for his new son, upon discovering that he has Down Syndrome. Swatted where online players describe their struggles with ‘swatting’, a life-threatening cyber-harassment phenomenon that looms over them whenever they play. 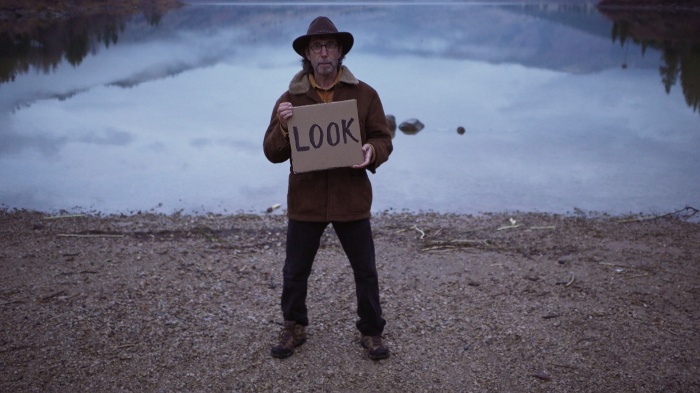 Among the special events of the Festival is an immersive essay Becoming Animal by directors Emma Davie and Peter Mettler. Observation of the world of nature, which instead observes us.


The human rights part of the Festival will be represented by various events dedicated to the All-Ukrainian campaign of the NGO Docudays "Together for a safe childbirth". The film Unseen will reveal the difficult topic of human rights violations during childbirth. Stories of young women Melody, Stella, and Lucia from three countries who have experience of childbirth. Showing real births, the topic of trauma takes its true shape and reveals its face. It shows the unseen reality of the women who have so far been silenced by the pressure of their environment or medical staff. We will share useful information on where to get help in case of rights violations during childbirth. The film's director Maia Martiniak will also visit the regions. 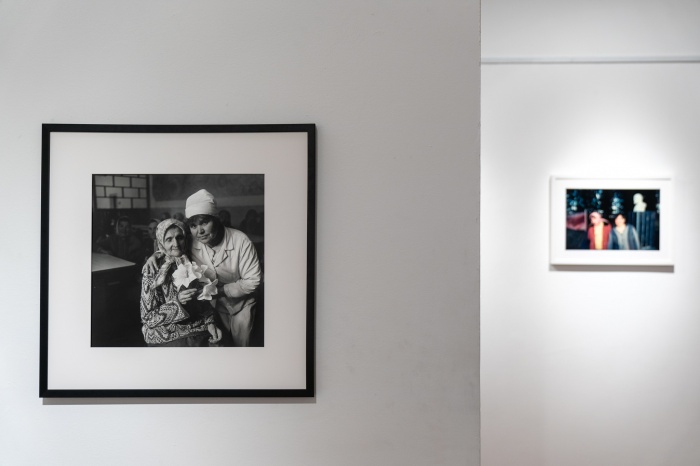 This year at Docudays UA-2021 we initiated the Interdisciplinary Programme DOCU/SYNTHESIS, part of which will also be presented at the Travelling Festival for the first time. The programme will reconsider the connection between mental illness, art, and ‘exclusion’ from society, explore the contrast between analog and digital photography, as well as the possibilities of the gallery, physical and virtual spaces. 3D exhibition of photographs by Oleksandr Chekmeniov "Welcome, no entry" will be held within the programme at DOCUSPACE. The exhibition will present two series of works created in a closed psychiatric hospital in Ovruch in the late '90s: a colour series (reportage) and a black and white one (staged portraits). The exposition will include an accessible audio guide, created jointly with the “Accessible Cinema” Agency of the NGO "Fight for Rights". Everyone will be able to virtually visit the exhibition in creative spaces in their cities or towns. You can see the exhibition both on the monitor screen in the browser and in the immersive version using VR-glasses for the fully immersive experience.


In addition to online and offline events, and film screenings in the regions, the DOCUSPACE online cinema will work within the Travelling Festival. 5 festival hits from the programme will be available in online format: A Colombian Family, There Will Be No More Night, Petit Samedi, Things We Dare Not Do" and Unseen. The problems discussed in the films will be the subject of a series of discussions both in the regions and on the Docudays UA Youtube channel, DOCUSPACE, Docudays UA Facebook page.

The partners of the festival in the regions of Ukraine are 43 public organizations and 434 Docudays UA Human Rights Media Education Film Clubs. The schedule of screenings will soon be available on the official website of the Docudays UA Travelling Festival.