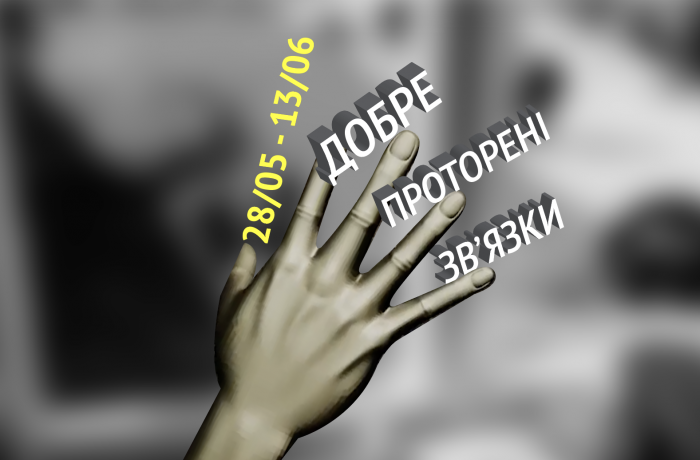 A multimedia project in which a group of Ukrainian media artists create a dialogue with the visionary developments made by scientists of the 1960s–1980s, and the popular science films from the Kyivnaukfilm film studio in the same period.

Cybernetics emerged in the context of the post-war political crisis, humanistic pessimism and the scientific optimism of the 1950s. At the time, cybernetics became an avant-garde area of science, as well as an epistemological breakthrough at the intersection of many fields, both humanitarian and technical. The concept of the new field was based on posthumanism, information theory, communication theory and entropy theory. The direct connections to these ideas and the indirect influence of them can be traced in the significant philosophical ideas of the late 20th century: structuralism, poststructuralism, and postmodernism.

The 1950s–1970s were also marked by other achievements of cybernetic scientific visionaries, as well as proto-developments in such fields as cyberspace, artificial intelligence, neural networks, biocybernetic technology and digital immortality. However, cybernetics is a unique field, not so much due to the concentration of state-of-the-art technological innovations in its time, but by their combination with attempts to philosophically conceptualise its own inventions and directions of development. Cybernetic theory saw the ‘human’ in physical partnership with things and other species, which is another important aspect that resonates today.

The exhibition will include little-known films by Kyivnaukfilm which represent almost 30 years of the film studio’s work: Eternal Search (1967), Mykola Amosov (1971), Captured by an Unprecedented Task (1982). All three of the films are very different in their form and narrative approach.

Eternal Search reports on the scientists’ contemporary developments and achievements with a modernist enthusiasm, trying to convey the religious awe of science. The prophetic tone of the narrative combines a recording of a cell’s sounds with deliberations about the universal electronic brain. The film’s characteristic style reaches its climax in the part that concerns the problem of ageing, resurrection, and finally immortality.

Capture with an Unprecedented Task focuses on the story and scientific achievements of the Institute of Cybernetics, describing the ideas that were successfully implemented at the Electron Production Association in Lviv and in the Friendship Oil Pipeline. The institute’s founder, the scholar Viktor Hlushkov, is filmed shortly before his death.

The documentary Mykola Amosov is made, so to speak, in a more classically observational manner. It includes many seemingly spontaneous scenes of everyday life and work communication. Mykola Amosov, a heart surgeon and the inventor of an ‘artificial heart’, speaks about the explorations in the field of biocybernetics and shares the wide range of his views: from the concept of health and upbringing, to theories of happiness.

The media artists from Photinus Studio, the SVITER Art Group, and Ivan Svitlychnyi have created a total multimedia project which, to some extent, continues the tradition and the direction of research from the popular science films of that period, and conceptualises its own means of technical production.

With the use of different digital media, a decentralised multiple cyberbody appears in the gallery space, with only some parts of it recognisable, such as the ‘heart’ and the ‘brain’. These parts reflect the plasticity and the lack of boundaries in their real-life prototypes rather accurately. The ‘biological’ and the ‘corporeal’ are closely intertwined with the ‘cultural’, ‘media’, ‘technological’, but still draws upon the logic of the whole.

The whole plastic construction is an imprint of collective action, the relations between the project’s participants, their real and virtual bodies. The neural network of these interactions between all the project’s human and inhuman agents eventually wraps around both physical and virtual space, forming a complex, continuous project which goes far beyond this exhibition.