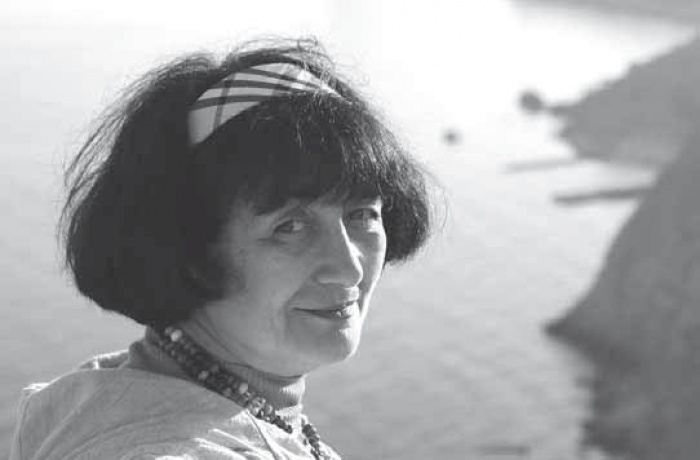 Nobody of Ukrainian friends of mine asked me why the 9th Festival Docudays UA is dedicated to threat of authoritarianism and dictatorship in Ukraine. Especially after December 19, last year, when the Europeans did not signed the Association Agreement between Ukraine and the EU at the summit in Kyiv. And the main reason was not only the unprecedented harassment of opposition, but also the functioning of the court system neglecting democratic values. In our country political repressions have become a common practice – disappearance of journalists and beating defenders, harassment of independent media and demonstrations.

On the 20th anniversary of Independence of Ukraine, authorities have banned people to gather at the Taras Shevchenko monuments. And every day Ukrainian courts prevent peaceful protests, and “set” the police armed with batons and tear gas as dogs to those who still protests. Many of my friends are sure that authoritarianism in Ukraine has come and that we are half step to dictatorship. And my colleagues from the former Soviet countries deny the comparison with Russia and Belarus. “Ukraine has a lot of democracy! – they say, – struggle, do not give up.” “How?” That is the question. We decided to look for the answer on the 9th Festival Docudays UA. I believe that every artistic documentary is a powerful act of struggle for moral and democratic values. This is a tool that wake “human” in people, teaches and inspires to protect it in themselves and others. I hope that films we have selected, as well as discussions, roundtables and workshops help Ukrainians to find out the answer to question: “How?”

A timing device in Kreschatyk tirelessly counts the days remaining to the start of main Ukrainian event-2012. Its organizers suppose that European football championship should be an evidence that Ukraine belongs to European civilization, and provide impetus to the country’s modernization. Every citizen of this country, one of the poorest in Europe, paid about 1400 Hryvnias as taxes that averages 1,5 minimal monthly wage.

At the end of last year, the Chamber of Accounts informed that next program of Ukrainian government for poverty overcoming was failed, because it didn’t reach its goals. Any of the reforms declared by the government never produced any positive impact on people living in small communities. Why? First of all because reformers in the government don’t take into account people’s interests, don’t rely on their experience and needs, don’t try to gain their confidence. What’s about people? Do they try to break out of the surrounding middle ages reality and change the quality of their lives? And how?

Unfortunately, little is known about that in Ukraine. The mass media traditionally prefer to cover the life of civil servants and stars of show business. “Supremacy of Law” program launched by the International Renaissance Fund within the “Legal Empowerment of the Poor” initiative develops activity of a network of Legal Information and Consultation Centers working mainly in small territorial communities. People’s activities in such communities and their ability to solve legal problems is especially valuable and needs support. We are interested in people who acts, who makes changes and who is the real source for reforms. We want everybody to know about them.

Pieter Jan Wolthers, Ambassador of the Kingdom of the Netherlands in Ukraine

It is a great honour for me to address you on the pages of the catalogue and the web-site of the International Human Rights Documentary Film Festival Docudays UA! Let me tell you that promoting human rights is one of the core elements of Dutch foreign policy, alongside security and prosperity. The Netherlands focuses in particular on aspects of human rights where freedom, security and prosperity are mutually reinforcing. Special attention is given to promoting freedom of expression and internet freedom as a means of boosting democratization. Political and civil rights that are considered fundamental to strengthening democracy and the rule of law. In leading international fora, the Netherlands is also active in the fight against two particular forms of discrimination, one on the grounds of sexual orientation and the other on gender identity. We consistently speak out against violations of human rights such as torture and extrajudicial disappearances. The Netherlands also actively supports and protects human rights defenders, who are a driving force behind structural change in countries where fundamental rights are violated on a massive scale.

With this in mind, the Embassy of the Kingdom of the Netherlands is glad to be among those donors that support the 9th Human Rights Film Festival Docudays UA. It is encouraging to know that the Festival has turned into an important event that is carried out by a large pool of Ukrainian Human Rights organizations!

The power of documentary is that it shows us what we normally cannot see: whether it is human rights abuses, repression, or the effect of conflict on societies, families and individuals. The British Council, whose mission is to share the United Kingdom’s creativity internationally, is proud once again to be a partner with Docudays UA.

This year, the British contribution centres on protection of the environment, perhaps an unusual topic for a human rights documentary festival. But a healthy environment is a necessary condition for the improvement of human rights. Careful husbanding of the world’s resources and ensuring its sustainability, is fundamental for the ability and right of the world’s poor to make a living. Continued destruction through thoughtless or malicious use can only result in increased conflict, in turn generating further abuses of the rights of the weakest in society. The films we are presenting are not without controversy. Emily Wilson’s Just Do It tracks the tactics of direct-action environmental activists. The Age of Stupid, starring British actor, Pete Postlethwaite, has sparked a lively debate about politics and climate change. The End of the Line, by Rupert Murray, tackles the question of overfishing of our oceans.

We make no apology. Documentaries must engender debate and square up to the uncomfortable questions of our time. As long as directors are courageous enough to make such films, and Docudays UA attracts young Ukrainians to see them, we can be sure that the proud tradition of documentaries remains alive and well.