Roman Bondarchuk: “The feeling of a Roma camp is a state of lethargic sleep” 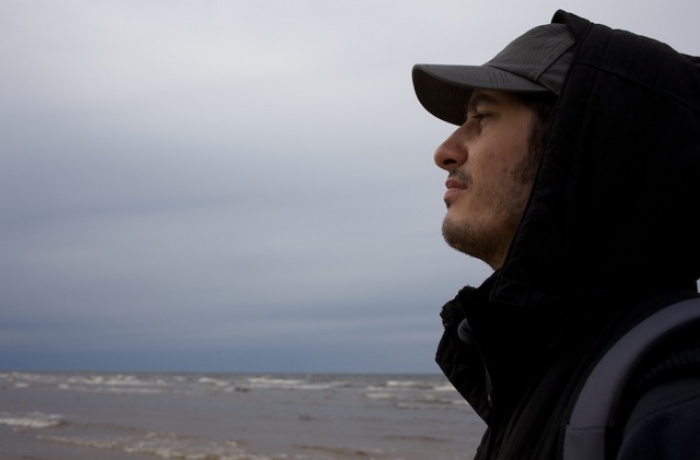 Roma Dream is a selection of four short films, in which the filmmakers Roman Bondarchuk and Darya Averchenko present the stories of Ukrainian Roma who managed to leave the camp and achieve success, get a profession and a prestigious job. Beside the films (March 24, Cinema House, Blue Hall), the Camera gallery will host an exhibition of photos taken by the director while working on Roma Dream (from March 23, 7 pm). Currently, Bondarchuk is working on a full-length documentary about the talented poet and singer Igor Gorin, from Kherson, who is now trying to succeed in Moscow. He will talk about this project during his workshop in Docudays UA.

How did you get in touch with successful Roma?

It was a great surprise for us that such people exist, and also that there are so many of them. We were also greatly and unpleasantly surprised at the extremely shabby condition of the Roma camps in the Trans-Carpathian region.

We are working with the International Renaissance Foundation, which has been opening legal information and consultation centers all over Ukraine. The IRF started looking into the possibilities of opening such centers in Roma camps, as currently they exist outside the state and its legal system. Even though some Roma do have Ukrainian passports, a lot of them do not speak either Russian or Ukrainian, and cannot write or read.

It all started when we came to a camp and started asking people about their successful compatriots. We were told: “Yeah, we have one man who gathers the biggest quantity of metal waste.” I said: “Well, this is not exactly a big success.” – “Well, here’s a very strong man, who works as a loader at the market and also earns good money.” – “What about real success?” – “Oh! Well, that has to be someone who got out of the camp.”

In reality, they are afraid of us. There is a myth among them that beyond the camp a horrible danger awaits them from white people – they call themselves black people. So we are slightly afraid of gypsies, but they are even more afraid of us.

Did you have any guide in the camps or were you working alone?

In Trans-Carpathia, there are the so-called mediators – people who work with the Roma, know their language, help them with documents, medical issues.

We visited a camp in Berehove, where local people simply built a huge wall to separate the camp from the village. At the entrance to the camp, the Roma people may ask you for your shoes, because you will leave this place very soon and they need them more than you. So yes, they behave in a rather unfriendly way, and the first impression is pretty shocking. When I asked the mediator why she still came here, she answered that among these people there were many more kind and good people than among her own relatives.

We were also looking for Roma people who had received study grants. So we found a legal adviser, Renata, who grew up in the camp but now lives in the city. With the help of the International Renaissance Foundation and the Mukacheve Development Fund, she opened a legal consultation in the house where she grew up, in the middle of the camp. Now, Renata helps people issue passports (for those who don’t have them), solve the issues of children’s registration – some basic legal things.

It feels very strange to see a fifty-year-old man, who came to get a passport but doesn’t know his own last name, day or year of birth. Or imagine the following: the adviser fills out an application, which in the end the applicant has to write ‘written correctly according to my words’ and sign. So here’s the deal – some of them cannot even rewrite this exact piece of text from another piece of paper. The adviser writes the words with a pencil for them, and they sit there and draw over the lines with a pen.

What are the main barriers that prevent Roma from leaving the camps – are they psychological or physical?

Certainly, both psychological and physical, as most Roma from Trans-Carpathia are totally dependent on the caste system of the feudal times, which still exists in their camps.

For me, the feeling of a Roma camp is a state of lethargic sleep. It is another dimension, where people do not have plans for future in our way of understanding; they have no idea what they will be doing tomorrow or in a month. That is why we called our project Roma Dream – because only those people who have some education were able to give at least some answer about their plans and dreams. A hut in the camp may have no door, no roof, have a mattress instead of a bed, but no matter how shabby it is – there will always be a TV with a satellite dish. So a person can simply lie on this mattress and watch some Indian films, not thinking about anything, until he is hungry. When he’s hungry, he goes searching for metal waste or food leftovers, or works as a loader.

This is their system; they have no example of any other way of life. How do young people picture their lives? There is a popular thought that getting state benefits for giving birth is a good way to earn money. Women start bearing children very early, and are rarely aware of what it means to be a mother. Further on, they understand that if you have ten children, the payments become way more substantial. This money is rarely spent on the children’s needs. This is a completely primitive perception of today’s profit, without understanding that children will need more money to eat, study and live as they grow up.

What is the screen future of the project?

As we do not have a film distribution and exhibition system for documentaries in Ukraine, and no slots on the television, I think that the best way is cross-platform projects. I am thinking of an Internet-platform, which would include not only videos but also photos, and maybe some of the situations that Roma face most often, so that people could research this topic through visiting only one site. We also intend to organize mobile demonstrations in camps. We plan to issue a DVD, and take part in festivals.

As far as I know the current trends, 70–80-minute documentaries are being superseded by shorter videos, up to 15 minutes long, which can be easily viewed on YouTube even with a mobile phone. Even more, with these films we wanted to achieve an educational effect, so we are excited to see how this experiment works out.