Tue Steen Müller: “The fly on the wall is dead” 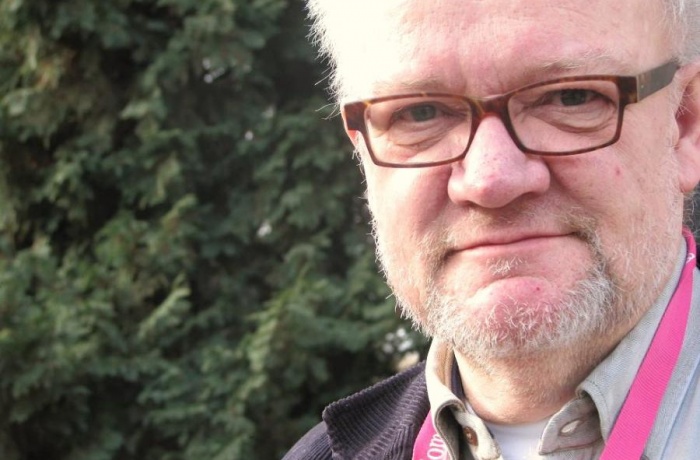 Tue Steen Müller, is a world-renowned expert and consultant in the field of documentaries, and worked for over 20 years at the Danish Film Board as press secretary, distributor, festival manager, film consultant and promoter for various directors of the organizations. He was the first director of the European Documentary Network. He has selected films and consulted for festivals such as DOCSBarcelona, Magnificent7, and DOK Leipzig. Tue Steen Müller will teach the participants of Docudays UA Workshop the best ways to submit their films to documentary film festivals.

In 2009 you declared that this is a Golden Age in documentary. Is it still going on? Why?

Indeed, it is a Golden Age. Of course, with differences from one country to the other, one region to the other. Let me be a bit ‘national’ and talk about my own small country Denmark, that has always had a documentary culture, meaning a good public support system via the Film Institute that is independent of political influence; there is a good film school, a strong non-theatrical distribution system through libraries, and now also a film festival CPH:DOX that attracts an audience of more than 50,000. The festival is still young but has helped to create a general public opinion that documentary is an interesting art form that – just like fiction films – can be entertaining. And you would like to pay to watch it in a cinema. It is crucial for the genre today that the language of documentary has widened, that directors are diving into hybrid forms, they take from fiction, mix ways of expression. Dare to think new, dare to surprise. That is appealing for the audience.

Why is documentary cinema becoming more popular today, in your opinion?

Another element is the fatigue around television. When I do workshops with young people, I very often start by asking the question: How many of you watch television every day? Almost none. Every week, some hands come up. How many of you go online to watch documentaries or films or news? – everybody.

The wonderful visual medium of television, which could have been perfect for bringing information and artistic experience, is today pure entertainment, sometimes infotainment, and good documentaries are broadcast late night or not at all. If they are just a bit controversial or a bit out-of-mainstream, they don’t have a chance at all. Therefore the young audience which wants to watch something different goes online to find quality.

Most importantly, however, is that the directors who have something to say to us choose the documentary where the distance from heart to hand is very short. It is possible to live up to the old nouvelle vague ambition today, ‘caméra comme stylo’.

If the distance ‘from heart to hand’ is so short, where is the line that director can’t cross without becoming a participant in the events he is filming? Especially when the camera is almost a part of your hand today? You can just get your smartphone out of the pocket and start making a movie in a moment.

Well, in many films the director is actually a part of, or as you say, a participant, in the story. I have no problems in seeing or hearing the director in a documentary. The fly on the wall is dead, you will always influence the narrative. On the other hand, the observational documentary is still the basis. But if you go and observe something or someone, you have to have gained their confidence beforehand, and that take weeks or months of just being there without shooting. Smartphone out of your pocket and then start shooting... that’s not serious.

What strategies can you propose for distributing and promoting documentaries today? Does internet distribution help to popularize this cinema?

As a big consumer myself, I have followed the transition from VHS cassettes to DVDs to online distribution and I think it is great. If I – OK, I am in the profession – want to watch a film, I ask the producer or director to give me a link – Vimeo is a perfect tool – and I watch the film on my computer at home. And for non-professionals, VOD (video on demand) is a good tool, I think it will develop in the coming years. Make it cheap like the excellent DocAlliance. Many production companies offer streaming of films, and of course – for those of us who like books (!) – it is nice to acquire DVD boxes. So the answer is YES, it is about availability and access, and remember what Robert Flaherty said way back: ‘We will have won when it is quite as easy to watch a film as to get hold of a book.’ That day has arrived, we need a better organization.

What do you mean by a better organization?

I mean the Ukrainian filmmakers should have their own VOD for Ukrainians as Danish for Danes – and then there should be more international VODs with the possibility for everyone to stream films, like DocAlliance. It has to be easy to access and professionally marketed. And the profile of the VODs should be clear. The technique is working in favor of us. Seize the day!

What can you advise to young film directors who are trying to send their films to film festivals? What are the main conditions for applying to a film festival? Are there any special details that are not mentioned in official regulations?

Festivals have been growing like mushrooms over the last ten years, which is proof that documentaries are popular. In countries where there is no public institution to take care of sending films to festivals (as in the Nordic and Baltic countries) and where the filmmakers therefore have to do the work by themselves – I guess this is the case in Ukraine – my advice is simple: Look at the festival’s profile and catalogues from previous years, see if your film thematically kind of fits in, give the festival a call and test them, saying what your film is about; or, if you already have a distributor or sales agent, let them do the work. A good film will always find its place. But marketing is important; make a Facebook page for your film and a website with a trailer. The competition is strong, and if you can have someone to recommend your film... take that road as well.

Are the new means of film production influencing directors’ ideas and the films’ substance? How is documentary changing with technological progress?

It is much easier and cheaper to make films today with the light equipment for camera and editing. And it is much easier to get your film shown in a cinema with digital formats and reasonable picture and sound quality. So go and make the film, don’t just sit and wait for production funding to arrive if you have something important to say! Richard Leacock, the documentary legend, said that he never earned anything on making films, he was a teacher and that gave him bread and butter. The technical development has given more freedom, you can shoot much more than when you worked with film stock – but remember that shooting a lot does not necessarily mean that you make a good film. It still has to be created in your head before you start shooting.