March 26, Tuesday: what is worth watching 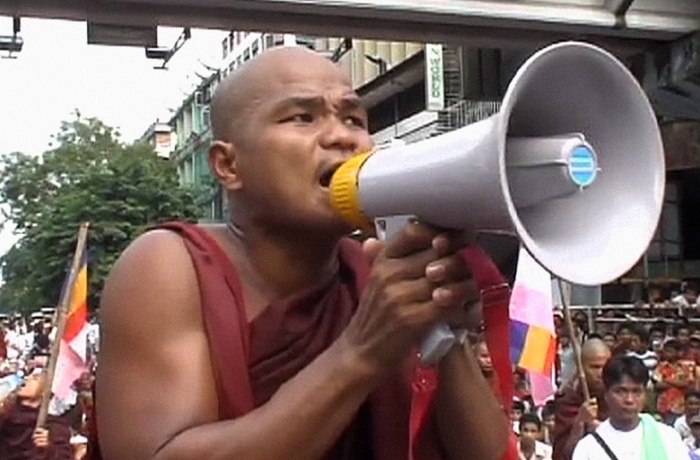 The concluding part of Lithuanian’s master retrospective includes one of his latest and best films. Film The Bell investigates the legend. It is a curse for sure. They say that the church bell fell through the ice long ago, during the Lithuanian-Swedish war. “No, we’ve never heard about that,” others say. The filmmakers take their diving gear and descend into the obscurity of the deep lake.

Moreover, the film Alone will be screened from a unique copy that Audrius Stonys brought specially for the Docudays UA audience. Q&A with the director after the screening.

The director captures the very beginning of the mass protests in Yemen, where journalists weren’t actually allowed. The main character is a tour guide, Kais. Together with his country he is living through a transformation: from being a supporter of the president, who most of all is afraid to lose stability, to being a revolutionary, who at first is merely sympathetic towards the innocent people that have been killed, but later joins the protests himself in the streets. Q&A with the director after the screening.

The conceptual genre of ‘documentary news’ as executed by the star team of Rastorguyev, Kostomarov and Pivivarov raised a fuss in Russia, after they caught the political opposition in their viewfinders… Q&A with Pavel Kostomarov after the screening.

MEETING of festival guests and mass media representatives with the director of Pit No 8 Marianna Kaat, the subject of the film Yura Sikanov, and the Lviv youth organization Students’ Brotherhood.

There are countries in the world where democracy is just a pipedream. The director assembled not only chronicles filmed with amateur cameras, mobile phones and photocameras – he has also assembled the feelings, fears and aspirations of video-journalists who have to hide from the authorities so they can secretly document everything happening in Burma.

THE BEST OF DOCUDAYS UA. The Revolution That Wasn’t. Director: Aliona Polunina

It is Russia of 2007, a year before the next presidential elections. However, only serves as the background to the main action, providing the environment in which the protagonists exist. It’s a story of arrogance, betrayal and the start of a new life.

A Czech-Canadian director and producer, former academic with a Ph.D. in political philosophy from Harvard, he gave up his university career in 2003 to become a full-time documentary filmmaker, specializing in human rights subjects. His film Back to the Square is included to the special Docudays UA program Arab Spring.

A world-renowned expert in the field of documentaries, film critic (filmkommentaren.dk), curator of many international film festivals, and a tutor.