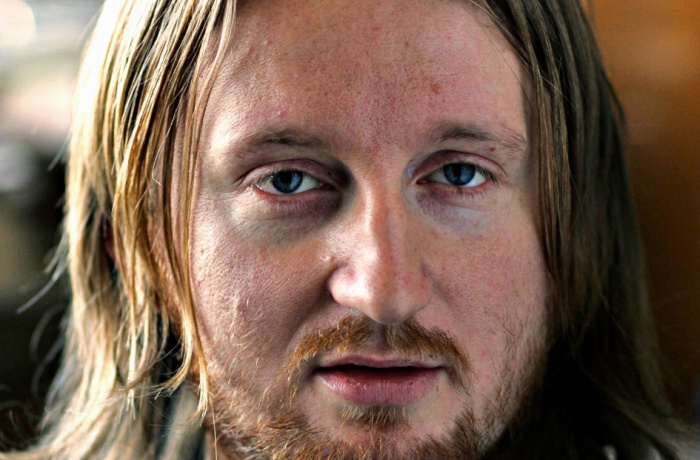 DOCU/LIFE jury member Boris Mitić is a Serbian director. He works within self-created genres such as ‘gypsy Mad Max’, ‘satirical vérité’ and ‘spaghetti eastern’. In his films he shows Serbia in an ironical and critical way. Currently Boris Mitić is working on a philosophical film about nothing.

Screening of films Pretty Dyana and Goodbye, How Are You? will be followed by Q&A with the director: March 22, 9 p.m., Cinema House, Blue Hall.

After the war in Kosovo, where I served as a regular soldier, I started working with a famous independent journalist as a translator and assistant. I did this for five years.

I worked for many world-known media organizations, but I was very frustrated by journalism. I am much more comfortable with the language of cinema.

I used my savings to buy a small DV camera: not the cheapest one, but not the best one either. And I just started filming: the first day I filmed inside of my house, the second day outside the window, and on the third day went out.

My first film Pretty Dyana was incredibly successful. I thought that I would only screen it at a friend’s party, but in fact it became viral even with no internet, everyone started to make copies.

It is possible to make a successful film without any previous knowledge, if you invest a lot of naïvety, honesty and filming instinct into it.

Pretty Dyana is not about ethnic relations, it is about an attitude towards life, alchemy and creating something.

Gypsies' problem in Serbia mostly social, not racial. It is not so drastic as in other countries which have some strong right-wing groups. But in Serbia they live very poor.

My second film Goodbye, How Are You? is about a Serbian literary movement which is called the Belgrade aphoristic circle. People started to use their aphorisms as a playful criticism of the social regime, especially in the 90s, when everything went to hell. It had a very important therapeutic role.

For Goodbye, How Are You? I read three hundred books of aphorisms for two years. I selected aphorisms that could be translated into every language. I became friends with all the authors. I tried to recreate the things these people were doing with words in a film language.

I realised that I’ve been filming these strange details from ordinary life for many years. I called them satirical documentary images.

The narrator in film is 50% me and 50% my favorite characters from literature: Pechorin from Lermontov’s A Hero of Our Time, the character from Dostoevsky’s Notes from the Underground, Woody Allen’s Zelig, Cyrano de Bergerac, the guy from the movie Fight Club, some elements from Apocalypse Now, and Erasmus’s The Praise of Folly.

Goodbye, How Are You? is an unusual intellectual film, I call it satirical vérité. It had success on television and festivals. I traveled with it even to New Caledonia, it won awards in Mexico, Uruguay and Korea. If your film cannot travel around the world, you’re not making a universal intellectual statement.

Serbian cinema is very resilient, we make much better films than conditions allow us to make. In terms of fiction films, the big names have kind of slowed down. Kusturica is making very average films. He is too busy with his other projects. Paskaljević has been very repetitive. Goran Marković is becoming pathetic.

We don’t have an effective national culture policy. Everything is the work of crazy individuals. For the last two years we had our first two films at Sundance. The Disobedient by Mina Đukić is a beautiful film about a rebellious young couple. Srdan Golubović’s Circles is a very emotional story of personal sacrifice based on a real story from the war.

What happened in the last twenty years was in general so ugly compared to the idyllic life that they had under Tito. So everybody prefers to forget the past.

Nobody is happy after twenty years of fighting. In Croatia there is a high level of social and economic frustration. Bosnia is a completely dysfunctional country. Kosovo is a hybrid and monster experiment which isn’t functioning either. Serbia is almost bankrupt.

Mainstream history wants to present the situation in the Balkans as solved, which is not fair and too simplistic. And the whole theory about one crazy man who wanted to make Serbia greater is too naïve even for an elementary school history book.

After we broke down our ‘Yanukovych’ the situation did not improve. When the democratic parties came to power things got even worse, because in the 1990s we had hope that things will get better. Not anymore.

Everybody here is so disappointed by the behavior of the European Union that even the most pro-European individuals are turning into anti-Europeans. People see that Europe is defending its own interests and their deals with the new members are very unfair.

Now I am making a documentary about Nothing. Nothing is a very legitimate documentary topic. It is very important part of our lives. It will be also warm, satirical and humanistic.

I will have images of Nothing and images of films by over fifty cinematographers in fifty different countries. Some of them are superstars, like Kossakovsky, Glawogger, Kostomarov, Staroń. We will film Nothing in very different ways. And we will discuss the materials for two years. What would Nothing tell us? Could it finally talk to us?

Based on an interview by Oleksandr Teliuk