Docudays UA goes all year round 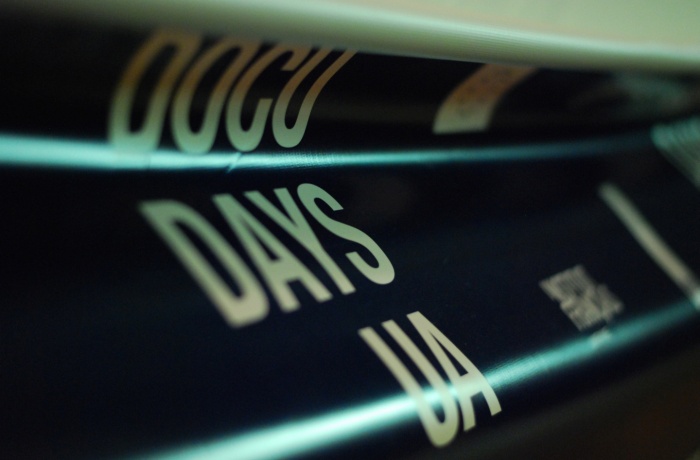 Within the two coming years 75 permanent human rights media enlightenment cinema clubs by Docudays UA will be established throughout Ukraine – at schools, institutions for higher education (for future penitentiary system workers, in particular), correctional and labor colonies, libraries, and public organizations. The project – Campaign for human rights in Ukraine by means of the International Human Rights Documentary Film Festival Docudays UA, which is now supported by the EU – has already been launched by the Docudays UA’s team.

Establishing Docudays UA cinema clubs, film collections and supporting methodological materials is also supported by the Embassy of the Kingdom of the Netherlands and the NED.

“Docudays UA is already 11 years old, and each year after March screenings in Kyiv and Traveling festival that in October and December visits all country’s regions, hundreds of people write and call us asking where else can they watch those remarkable films,” says Alla Tyutyunnyk, who manages the project. “Teachers are especially active – they want to use festival films for developing civil rights awareness and activism among their students. For this purpose we’ve dared to establish permanent human rights media enlightenment cinema clubs with Docudays UA.

Dared – because it’s quite difficult to get consents for free screenings from authors and producers of real documentary masterpieces. And then additionally adapt film programs to various audiences. And then assure copyright adherence by numerous cinema clubs...

Nevertheless, the festival team has recently got permissions for multiple cinema club screenings of 20 films from various countries. Apart from that, we prepare a collection of Ukrainian documentaries, including success stories of ordinary people who managed to stand up for their rights and defend them.

“The cinema clubs will be open not only for screenings, but also for moderated discussions,” says Alla Tyutyunnyk, “Our experts are currently working on a guide for our moderators, ‘Documentaries on human rights as the means for human rights enlightenment’, as well as scenarios for interactive events dedicated to each selected film. Then we will organize a contest for those willing to establish a cinema club. Then we will organize training for the winning teams. In October – December those teams will participate in our Traveling festival. Last year the Traveling festival was held in 231 cities and towns of Ukraine, and we hope that this year this number will increase.”

At the same time we establish a network of human rights experts – we expect them to participate in educational events at Docudays UA cinema clubs. Our plan is to held 520 cinema club screenings within 2014-15,  as well as discussions, round tables, master classes, forum theaters, which will attract no less than 300000 Ukrainian citizens and provide them new knowledge about working mechanisms and practice of human rights advocacy.

By the end of this year we are expected to establish the resource center for Docudays UA human rights media education and online media library comprising best Docudays documentaries of all years of festival operations.

Project is executed by Kherson Region Fund for Charity and Health.