Love and Hatred in Kyiv 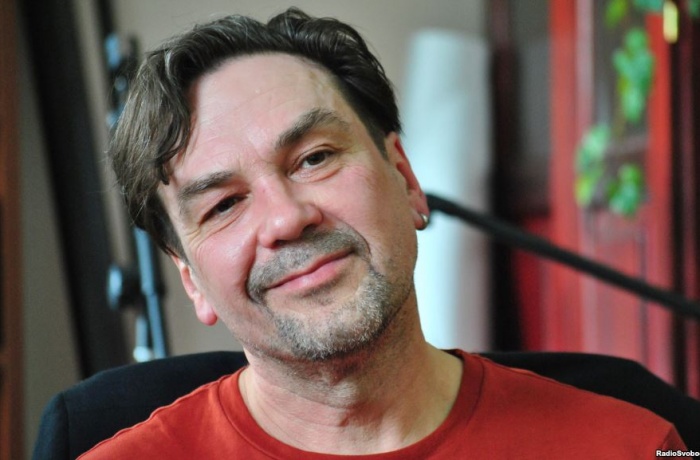 The New York Times has published an op-ed by Yuri Andrukhovych, a Ukrainian poet, essayist, translator and the author of the novels “Perverzion” and “The Moscoviad.”

KYIV, Ukraine — It has been severely cold here lately, with temperatures dipping below freezing night after night. What sustains the protesters at Independence Square in weather this bleak can only come from inside: an exceptionally hot mix of despair, hope, self-sacrifice and hatred.

Yes, hatred. Morality does not forbid hating murderers. Especially if the murderers are in power or in direct service of those in power — with batons, tear gas, water cannons, rubber bullets, and, starting Jan. 22, live ammunition.

That day, the news came about the first two protesters to be shot and killed by the police since the protests began in November. One of them, Serhiy Nihoyan, a 20-year-old Ukrainian of Armenian heritage, dreamed of becoming an actor. The other, Mikhail Zhiznevsky, a citizen of Belarus, was also young, just 25 years old. An ethnic Armenian and a Belarusian, giving their lives for the freedom of Ukrainians — this gives the lie to the fears, held by some in the West, that the democracy movement here is being hijacked by Ukrainian nationalists.

If anyone is promoting hatred it is the government. My friend Josef Zissels, chairman of the Association of Jewish Organizations and Communities of Ukraine, and vice president of the World Jewish Congress, wrote a few days ago that the website of Berkut, the special police force (and a final line of defense for the powers that be) had been “flooded with anti-Semitic materials that allege that the Jews are to blame for organizing at Maidan,” the central square, which has become synonymous with the protests.

Mr. Zissels wrote: “This is completely absurd, but those who are armed with batons and shields, now facing the protesters, believe this. They are brainwashed into believing that the Maidan is a Jewish project, and thus there is no need to take pity on anyone — you can beat them all.”

Beat them all. The police have beaten women and children, and even priests trying to intervene to stop the bloodshed. Berkut not only beats; it maims, tortures and kills. Its members like to pounce on individuals who have gotten separated from the crowd of protesters. Some have even posed for the cameras, their boots on the heads of victims lying on the ground. They proudly upload these photos and videos to their personal pages at social networking sites.

Article 21 of our Constitution states that “human rights and freedoms shall be inalienable and inviolable.”

The abuses by the ruling authorities, and their escalating use of violence, have threatened to make the Constitution a joke.

On Jan. 16, the government of President Viktor F. Yanukovych pushed through Parliament a package of laws severely curtailing freedom of speech and assembly. This week, the prime minister resigned, and the majority of the repressive laws were repealed, partly because of the wave of international condemnation.

It is precisely for their rights and freedoms — long and brazenly violated by the Yanukovych regime — that the Ukrainian people are now fighting. They have been given no other choice. Our national anthem says, “We will lay down our body and soul for our freedom.” On Jan. 19, the protests turned violent. But if no one resists the riot police, the thinking goes, Ukraine will be turned into one large prison in a matter of weeks.

This is why an acquaintance of mine, a translator of Kierkegaard and Ibsen, now spends her time making Molotov cocktails, and her young sons, classics majors, aged 17 and 19, throw their mother’s products in the direction of the wall of smoke on Hrushevsky Street, which runs past major government buildings.

This is why an 80-year-old Kyiv grandmother brought her knitting needles to the protest headquarters and gave them to the first protester she saw with the words, “Take them, son. If you don’t kill the monster, maybe you’ll at least stop it.”

This is why even the Hare Krishnas in Kyiv now carry baseball bats.

We are defending ourselves, our country, our future, Europe’s future — some with Molotov cocktails, some with knitting needles, some with pavingstones, some with baseball bats, some with texts published on the Internet, some with photos documenting the atrocities.

The police have been targeting journalists as rabidly as they have targeted medics taking the wounded out of the scene of clashes. Berkut has been treating journalists with cameras and notebooks as the enemy. Several dozen journalists have been wounded, hit by stun grenades, tear gas or rubber bullets.

Recently, coordinators of the protest made an appeal across online social networks for medicine and diapers —which are excellent at absorbing blood. The people of Kyiv began bringing drugs and nappies to the protest headquarters at such a scale that in just a few hours a new message went up online: “Enough medication for now! We don’t have enough storage space! But we urgently need warm clothes, bread, tea and coffee!” And again, people from all over Kyiv brought everything they could to help.

The authorities can’t understand this. Recently, some unknown thugs in civilian clothes kidnapped an activist and spent the night torturing him, demanding: Who is funding the Maidan? Which Western sources? Is it the State Department, or someone else?

The regime’s mental system of coordinates cannot fit one simple fact: The Maidan funds itself, through its own love and its own hatred.

I have never loved my homeland as much as I love it now. Before, I had always been skeptical and restrained toward it. I am 53 years old, and had long put sentimentality behind me.

But these days I see our women, young and old, sorting with amazing efficiency the donated medications and food supplies, I see hipster students in hockey masks and camouflage pants fearlessly going onto the frontline barricades, I see our workers and farmers providing security for the Maidan protesters, our grannies and grandpas who keep bringing more and more hot food to Independence Square, and I feel a lump in my throat.