March 27: What is worth watching 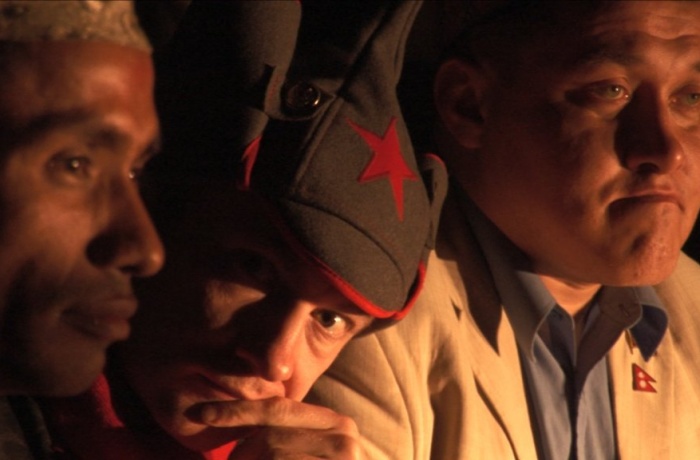 Even though the Docudays UA competition programs are over, before the closing ceremony where the winners are to be announced, there are still  a lot of interesting films and events to catch.

Two Russian Communist politicians, members of the Saint Petersburg City Council, men with broad horizons, yet committed Leninists who are concerned about the future of global Communism, find themselves on their way to Nepal on a very delicate mission. They are to negotiate the reconciliation between two local Communist factions to help speed up the inevitable dawn of the era of ‘Egalité and Fraternité’ in the world.Q&A with director

Presidential election in Ukraine. There are two candidates: the appointed heir Viktor Yanukovych and Viktor Yushchenko, a popular opposition leader.The day after the election, the state controlled media declared Viktor Yanukovych the winner. The outraged people of Kyiv took to the streets. So began the Orange Revolution.

On March 29, 2012, Spain experienced mass strikes. In the center of Barcelona, the protests got out of hand and a small army of police armed with rubber bullets was needed to subdue the crowd. Remarkably, the doors of the Opera House, where that day Léon Minkus’s Don Quixote was on the program, remained open.

The documentary film world is a place that most of us enter unexpectedly and in which we spend either more or less time than we expected. Its confines are unpredictable and ever-shifting, leaving yesterday’s and tomorrow’s experts barren. But at the end of the day, there still are some twisted constants to it, nice and comforting, and nothing beats an illustrated humoristic approach in trying to present them.

Uldis Cekulis, created the independent production company Vides Filmu Studija and won the International Trailblazer prize at MIPDOC in Cannes, which recognises the best documentary makers. He has worked on more than thirty-five documentaries both as a producer and sometimes also as a cameraman. Many of them such as Roof on the Moonway (2001), Dream Land (2004), Theodore (2006), Three Men and a Fish Pond (2008) have travelled around the world. He has co-produced documentaries with Estonian, Lithuanian, Russian, German, Italian, French and Georgian production companies. Currently he is working on seven documentary film projects.