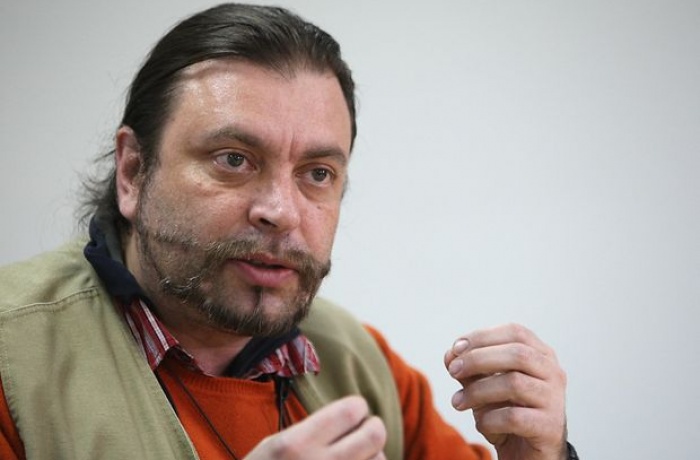 Center for Civil Liberties issued a statement by Ukrainian human rights activists on Andrey Yurov, a Russian civil rights activist, who had been prohibited to enter Ukraine. In recent years, Andrey Yurov has worked in close cooperation with the International Human Rights Documentary Film Festival Docudays UA and contributed to holding seminars and round table discussions; in 2008 he was a member of the Human Rights competition jury. NGOs and community organizations are welcome to sign the statement as follows:

On Sunday, February 9, Ukraine denied entry to Andrey Yurov – international human rights activist, well known in Europe expert on post–soviet regional issues, Council of Europe expert, member of Russia’s Presidential Human Rights Council. Invited by Euromajdan SOS initiative, he was planning to conduct a monitoring visit to Eastern Ukrainian regions to evaluate the human rights situation in connection with events on Majdan’s throughout the country; and also to meet with Commissioner for Human Rights of the Council of Europe. However, upon A. Yurov’s arrival to Borispil aeroport terminal “D”, the border control notified him that his entry to Ukraine has been denied. Yurov’s travel documents were seized and passed to the crew of Kyiv-Moskow flight, on which the activist was forced to return back to Russian Federation. Later, Security Service of Ukraine (SBU) confirmed, that indeed this entry denial was initiated by them.

Andrey Yurov is a hugely experienced, well known throughout post-soviet space and European Union human rights expert. In particular, he initiated creation of the International Human Rights group on Ukraine right after Majdan was dispersed on November 30 last year. Since then, he visited Ukraine several times, monitored protest actions, court proceedings for Euromajdan’s activists, had several trips to the regions, publicly presented his analysis in the media from standpoint of standards of the international law. We must note that Andrey Yurov’s activities with international mission in Belarus, which was created in response to mass detentions of the protesters in Minsk in December 2010, drew same reaction from the Belarus authorities. Now he is inadmissible to Ukraine too.

We regard such actions by SBU as shameful and we stress that this is not a single case. During the last several month, SBU initiated denial of entry to Ukraine to a photographer, designer of the publishing agency “Tempora” Yuri Barabash; Russian opposition leader Boris Nemtsov and number of others. Thus, in 21-st century, security service of our country denies entry to human rights activists, journalists, civil society activists and opposition politicians from Russia and other countries, while taking no action with respect to principal threats to the security of the Ukraine.

Such position by Security Service of Ukraine (SBU) again rises questions about priorities of the security services and whose interests they really serve. In summary, SBU activities itself create a threat to the national security, as human rights protection is one of the main components of it.

-Firstly, withdraw their decision to deny entry to Andriy Yurov;

-Thirdly, terminate practice of blacklisting and remove entry denial to journalists, civil activists and other persons that have been blacklisted for political motives, including those added in the last several month and issue apologies to them.

Center for Information on human rights

Kherson Fund for Charity and Health