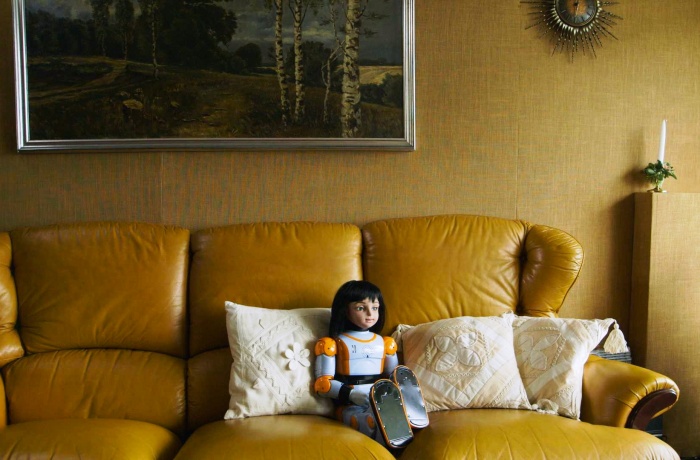 Technology has brought new ways for us to think, communicate, and eat. Certainly we watch movies differently as well. Gadgets and magical software are changing the everyday routine of our lives. That means it’s now time to talk about documentaries that show our surroundings through the lens of these new technologies that have become the heroes of our time. About the new festival's film program DOCU/TECHNO tells Viktoria Khomenko, filmcritic web Docudays UA.

While tireless inventors predict a comfortable future thanks to machine labor, skeptics see the machines as insidious demons. All three films in the DOCU/TECHNO program show the origins of these demons – and so, they show what our future will be like.

Robots have become the focus of this year’s program. The filmmakers of the movie about 3D-printing (Print the Legend), Luis Lopez and J. Clay Tweel, consider intelligent machines to be assistants. Their enthusiasm for 3D-printing companies would make Steve Jobs jealous. Those ‘machine assistants’ are capable of growing a bracelet, a guitar, a heart. And they can make a plastic gun as well. So the directors raise a valid question at the end of the film: who is to decide what we should and should not print?

Another perspective is explored by Sander Burger in the movie Alice Cares. The story is not about making a doll with artificial intelligence, it is about the relationship between a human and a robot. During an experiment, elderly and lonely ladies receive Alice, a carebot developed to be their friend. And the eternal issue of loneliness shines in completely new, high-tech colors.

Tonje Hessen Schei, the director of Drone, raises an interesting concern in the light of ongoing military conflicts. With this film she puts an uncomfortable question before the American people, her compatriots: what should one do when a remote government of another country has power over their lives and deaths? A drone is a kind of military robot. The US military campaigns of the 21st century in the Middle East have seen the beginning of their active usage. A Pakistani whose close friends were killed by drones admits that a clear sky overhead is his biggest fear. Only clouds prevent the drones from seeing his family.

Science fiction writer Isaac Asimov wrote in his three laws of robotics: ‘a robot may not injure a human being or, through inaction, allow a human being to come to harm.’ We decide on how robots should act in order to protect ourselves from their possible aggression, but we have not yet learned how to build pathways of humanity between us.

About this we would speak during the discussion “Total robotization: are we ready for the future?”, that will take place with assistance the popular science magazine "Kunsht". The drones which help ATO warriors, the voice assistant Siri, ready to chat, and bank cards replacing metro tokens are already part of the reality. So, to discuss the further impact of the technologies on our life and what the future holds for us in 20 years, we have invited a group of experts.

Kyrylo Beskorovayny and Angelina Beznesyuk will moderate the festival programm DOCU/TECHNO. The founders of the popular science magazine Kunsht, Kyrylo Beskorovayny and Angelina Beznesyuk, believe that science is a creative process which can evoke excitement just like art. So science unites geeks and aesthetes, businessmen and inventors, everyone who can be attracted to the magnificence of the scientific world.