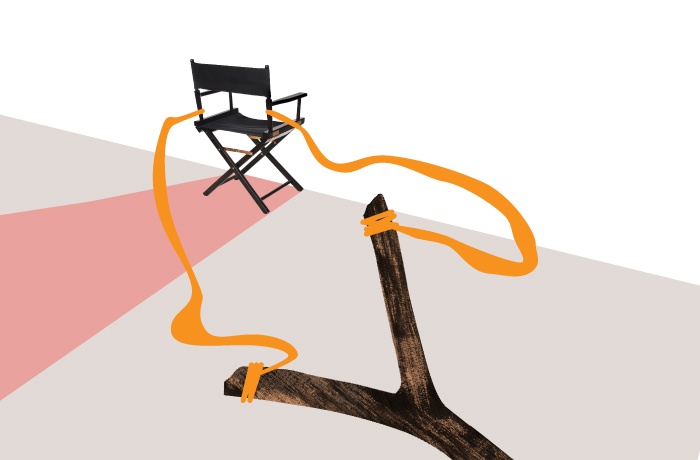 We are happy to announce the six teams that will participate in a new international program for young documentary filmmakers DocWorks: UA/UK. It is a special training program established to help the directors and producers with straightening the storylines of their films and to understand the real film industry.

Among 61 entries submitted to the program, 40 are dealing with the Ukrainian documentary projects. The curators have selected the best three Ukrainian and three British projects.

Film's logline: Ukraine is one of the most corrupt countries in the world, this film is the about the battle to clean up graft, which for many is a way of life.

communist utopia into tourist spectacle at the edge of the world.

Film's logline: A daughter’s journey across war-torn Ukraine to save her mother.

Film's logline: In search of a treasure pearl mussel fearless Ama divers go up to 25 meters deep without any equipment. UNDERWATER is a story about people who aren't afraid to dive free into their own depth.

Film's logline: This story about projectionist that worked 44 years in the oldest cinema in Kyiv, and his struggle to adapt to life after the retirement.

Film's logline: If you feed a deliberate lie into the computer, it will multiply – and mess the whole thing up.

In the next two days the project coordinator will reach all the finalists to agree on the details of the first seminar participation, which will take place in Sheffield from June 8 till 10, 2016.

Also, from now on all the teams will work with famous European tutors. Now we present you four tutors.

An anthropologist and documentarian André Singer has produced some hundred projects, including the Academy Award nominated titles and winners of prestigious international film festivals. Among others, he has produced such global documentary hits as The Act of Killing and The Look of Silence by Joshua Oppenheimer. His latest directorial project Night Will Fall has won the British Royal Television Society Award for History. Also, he is the President of the Royal Anthropological Institute of Great Britain and Ireland.

A Serbian documentary director Boris Mitić who works within self-created genres such as ‘gypsy Mad Max’, ‘satirical vérité’ and ‘spaghetti eastern’. In his films he shows Serbia in an ironical and critical way. Mitić was a journalist before buying a camera and making his debut film Pretty Dyana, using his personal computer for editing and color correction. His works were featured at over 150 international film festivals.

Yulia Serdyukova became a filmmaker after working with documentary photography. For the past five years she has been producing the documentary films. In 2010, she and Oleksandr Techynsky have founded the Honest Fish Documentary Stories, the independent production company. Their works include All Thing Alblaze, the international awards winning feature documentary. Since 2013 Yulia Serdyukova also works at Docudays UA IDFF.

The British Council in Ukraine, Sheffield Doc/Fest and Docudays UA have come together to deliver a three-stage feature documentary training and mentorship programme - DocWorks: UA/UK.