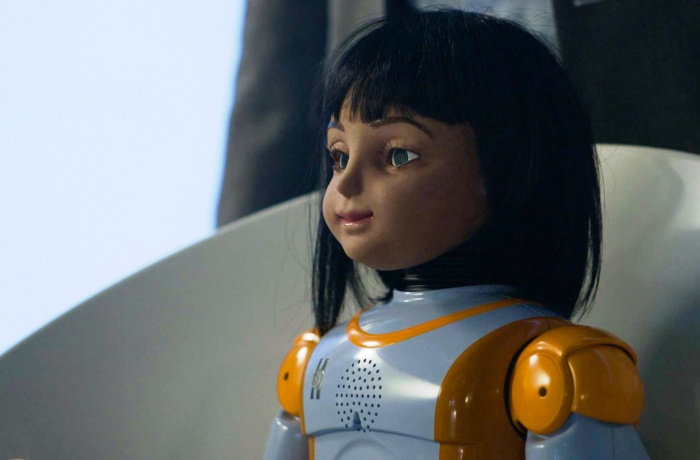 The films and discussion of the DOCU/TECHNO program will certainly make you see the world of technology in a new light.

“Hello, my name is Alice. Do you sometimes feel lonely?” Alice is an app that can maintain a dialogue with a human in a language familiar to us. At first sight, the name of the computer app is rather romantic, and you will probably think that its name derives from Lewis Carroll’s work. However, the reality is as cold as the Java descriptors in the app’s code. Alice is an acronym of Artificial Linguistic Internet Computer Entity. Alice is very similar to Siri on iPhones and Cortana on Android phones, and although they feel like embodiments of artificial intelligence, they are still far from it. These apps do not really understand what your problem is; their key task is to distinguish what exactly you are saying, and then compare the phrase with their own database and select a relevant reply. Try to ask Siri to tell you a joke. You will get the same result every time. We are no longer surprised by such things. But imagine if Alice, Siri or Cortana turned up in the hands of someone from 40 years ago… However, there’s no need to imagine, just let your grannies and grandpas talk to them.

Half a meter tall, black wig, dimples in her cheeks – the doll is looking at the Dutch director Sander Burger from a magazine page. There is a short article under the picture announcing an experiment by Dutch scientists. It is this article that inspired Burger to make a documentary film titled Alice Cares.

The experiment is essentially about providing three lonely elderly women with an opportunity to talk to a robot named Alice for a couple of weeks. At the beginning of the experiment, the old ladies were rather sceptical about the doll; however, in time, the audience will notice that the ice of distrust has melted. The old ladies gladly tell the doll their stories, sing songs to her and do exercises together, they even watch a soccer game. Through a camera installed in the doll’s eye, a spectator can see the women smiling at Alice, touching her face gently. For a moment, we forget that Alice is a robot.

The software code for Alice is open-source, so that developers from all over the world can work with it and improve it. Similarly Makerbot, a producer of personal 3D printers, announced its high aim to be an open-source company. “I want to live in a world where we share things,” says the co-founder of Makerbot Bre Pettis excitedly.

In 2009, they started a new technological revolution together with their partners, creating a prototype for a personal 3D printer. 3D printing technology already existed back in the 1980s, for big corporations and for big money; however, these daring creators are the first to make the technology accessible to common citizens. At first, small companies like Makerbot and Formlabs seem to be fighting windmills, since it is not so easy to compete with the giants of the 3D systems market, but they have managed to find their niche.

Print the Legend, a film by Luis Lopez and J. Clay Tweel, is not only about the revolution in 3D printing presented as the American Dream. The film is about teamwork, about leaders and outsiders, about the way the business element distorts the higher purpose, about friendship and relationships. The film is about whether you can sacrifice your values in order to succeed. If you thought that 3D printers are toys and nothing more, the anarchist Cody Wilson, who uses 3D printers to print weapons, will question your beliefs.

By the way, when was the last time you played computer games? For me it was back when I was a child. My favorite game was the Sims, and when my Sims family was doing sickeningly well, I started to entertain myself in the following way. Having ordered a maid, a pizza delivery, and a babysitter, I created rooms where, in the future, all these service workers were supposed to die. In one room, I would put a fireplace and a lot of carpets, and in another one, a swimming pool where all the ladders would suddenly disappear.

In Pentagon, there are rooms that look like computer clubs, with guys playing something similar to the Sims. In fact, they are playing God; simply by pressing a button, they can fire a weapon fixed on a drone, and thousands of kilometers away from them, for someone, this cruel game will be over forever.

In Drone, a documentary by Tonje Hessen Schei, the citizens of Waziristan, a region of Pakistan next to the border with Afghanistan, talk about how they hate when the sky is blue and clear, because when the sky is like that, the drones can easily spot and kill them. They spread large posters with the pictures of killed children on the roofs of their buildings to appeal to the operators of the deadly drones and make them stop. But is it really possible to stop this War 2.0, where the boundaries between the real and the virtual are erased?

In his book The Age of Spiritual Machines, futurologist Ray Kurzweil claims that by 2029, the humanity will finally be able to invent artificial intelligence that will overtake all the areas of human life. In 2029, with nanobots implanted in your brain, you would be able to read this article in a fraction of a second. It is possible that in a couple of decades, you will arrive at Docudays UA with your robot lover in a self-driving car.

However, let’s not race ahead and turn back to 2016. This year, Docudays UA dedicates its non-competition program to modern technology, and you can’t miss it. Come and make yourself comfortable – only the future is ahead of you!