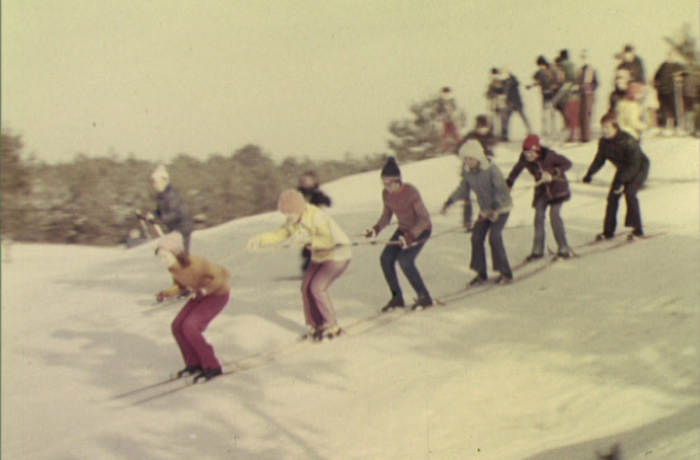 Chоrnobyl [IN]visible is a new project from the Oleksandr Dovzhenko National Centre, which consists of 15 Ukrainian documentary films about the events before and after the 1986 accident. It is one of the first attempts to rethink and reflect upon the impact of the disaster on Ukrainian cinema and culture in general.

The four most expressive films will be shown at the collection’s presentation on Saturday, 25 March: Chornobyl Nuclear Station (1974, USSR, director Leonid Avtonomov); Chain Reaction (1978, USSR, director Volodymyr Heorhiyenko); Chornobyl. Breaking Bread (1986, USSR, director Oleksandr Kosinov); Unpublished Album (1991, USSR, directors Viktor Kripchenko and Volodymyr Taranenko). These are the films that manage to convey the utopian enthusiasm of the atomic city’s builders, show the heroism of the disaster fighters, operators, and firemen, and outline the future changes of our post-traumatic day.

Stanislav Menzelevskyi, curator and researcher in the Oleksandr Dovzhenko National Centre, tells about special event at the festival.

For the past 30 years the Chornobyl accident, the enfant terrible of Ukrainian environment and culture, has kept our society under stress. Concerned citizens are still asking: how could such an event happen at all, what really happened, who was responsible and, finally, what should we do next? The state continues to remember Chornobyl rather in its inertia, which was brought about by official celebrations and anniversaries.

Immediately after the accident, prominent Western philosophers made several attempts to understand the extent and the consequences of this event, only to be forced to recognise the feebleness of human thinking in the face of this unique disaster. Political scientists and historians rushed to announce the arrival of a new world order and declared Chornobyl the harbinger of the collapse of the Socialist bloc, long before the fall of the Berlin Wall. Together with the Holodomor, the Chornobyl disaster has become a cornerstone for rethinking and reassessing the Soviet period in Ukrainian history, as well as for the formation of new variants of ‘cultural memory’ and ‘national history’. 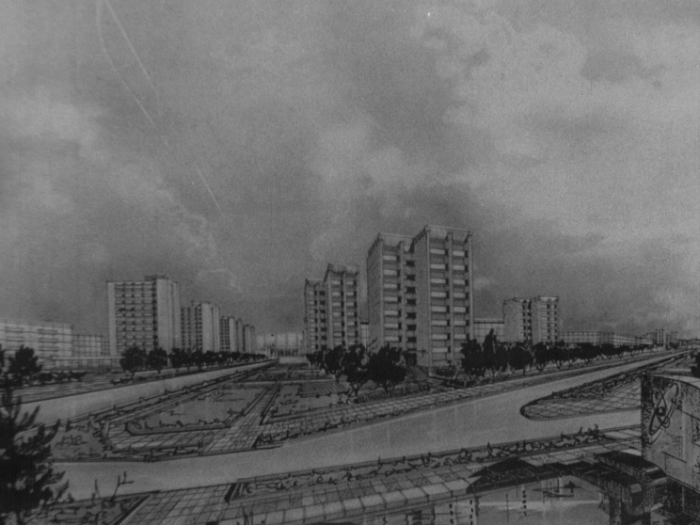 18 days after the Chornobyl accident, the first film crew went to the site. After over 30 years, Chornobyl has been a character in dozens of films, both fiction and documentary. The meltdown itself is often portrayed solely as an effort to recognise it as a unique event that eludes capture as an image (representation) and thus becomes invisible. However, it was not only the official Soviet censorship, which tried to manipulate the scale of the accident for several years, which was the cause for that. Even from the visual point of view, the Chornobyl accident is a specific event, since radiation cannot be seen with the human eye. Now we have a set of specific imagery associated with the accident: the photo and video reports of the control effort, the destroyed building of the fourth reactor, and — although quite rare — sights of biological mutations. Gradually, new visual elements were added to this collection: the panoramas of the dilapidated and evacuated city of Prypyat. This situation provides a wide range of material for the construction of canonical cinema iconography. 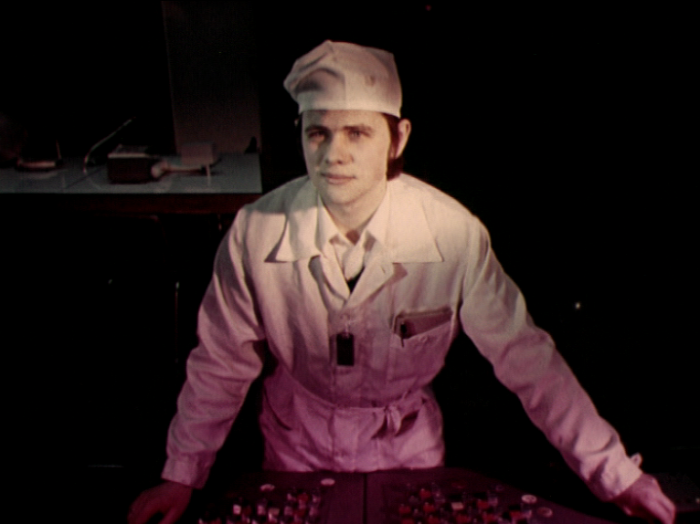 Overall, the stages of Chornobyl’s filmography coincide almost exactly with the three stages of working with trauma: to know the truth; to remember the victims; to punish the perpetrators. The enthusiasm of pre-accident movies subsides compared to other the effects. In the first year after the accident, before the Soviet scientific rationalist enthusiasm completely lost its legitimacy, Kievnauchfilm produces four ‘optimistic’ films designed to normalise the disaster and fit it within the range of admissible errors. These films create quite an anachronistic impression. Yet at the same time, Ukrkinokhronika created Chornobyl. The Chronicle of Difficult Weeks, directed by Volodymyr Shevchenko, which went to become one of the canonical post-disaster films. The template of the chronicle became the ‘mainstream’ genre for showing Chornobyl, designed to capture everything that cannot be made into a narrative, to portray the truth and derive the lessons of the tragedy for future generations. However, this pathos changed in the years after Ukraine became independent. The films began to respond to the literary and journalistic canons of the second half of the 1980s related to Chornobyl, which laid the foundations of a new national identity.

In 1988, Ivan Drach, the Ukrainian poet, screenwriter, and politician, published a book of poetry entitled Temple of the Sun, which included the poem that became key for the codification of the narrative of the destruction of Chornobyl: ‘The Chornobyl Madonna’. In the same year, Vladimir Yavorivsky published the novel Maria with Wormwood at the Turn of the Century. The initial pathos of depicting Chornobyl as a social and environmental disaster turns into its opposite. “Maria, that Maria and the other Maria. One gave birth to Christ, the other — to Antichrist.” This line from ‘The Chornobyl Madonna’ writes Chornobyl into a trans-historical context, into another chapter of the eternal struggle between good and evil, something ‘unthinkable’ and ‘unspeakable’. A new rhetorical figure is created: the ‘Chornobyl Soul’. The explosion in the reactor is associated with the evil of demonic forces — in particular the Antichrist. Christian rhetoric successfully brings the figure of the martyr/victim to the forefront. And therefore, due to its specific geographical circumstances, Ukraine is destined for a crucial role in this spiritual conflict. The Chornobyl discourse goes into metaphysics. 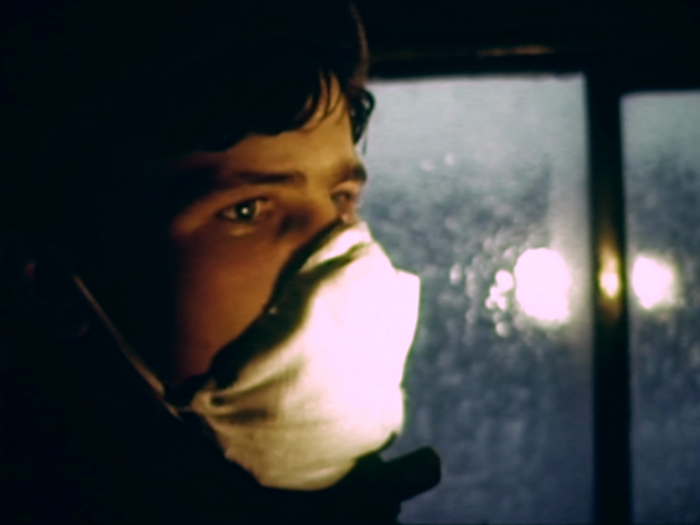 As a result, Chornobyl becomes invisible once more, but this time from the social perspective.

First, the definition of the Chornobyl accident as the ‘unthinkable’ and ‘unimaginable’ does not help in overcoming the tragedy — it rather reproduces, albeit unintentionally, the Soviet narrative of hiding the truth, of making Chornobyl invisible in the media. After all, the Soviet government was the most interested in silence — be it journalistic or analytical indifference.

Secondly, the constant abuse of Chornobyl’s image as a radical environmental threat overshadows many other pressing environmental challenges. In a situation when any critical distance from the apocalyptic and sacrificial image of the accident provokes criticism and accusations of Ukraine-phobia, we should remember the critical level of pollution on the roads, the illegal cutting down of forests and the destruction of park infrastructure, the large-scale emissions of industrial enterprises, the flooded mines, the poisoned ground water, etc.

Thus, making Chornobyl visible means turning one’s attention to its social component and to the fates of real people, away from the ghosts of metaphysical abstractions.