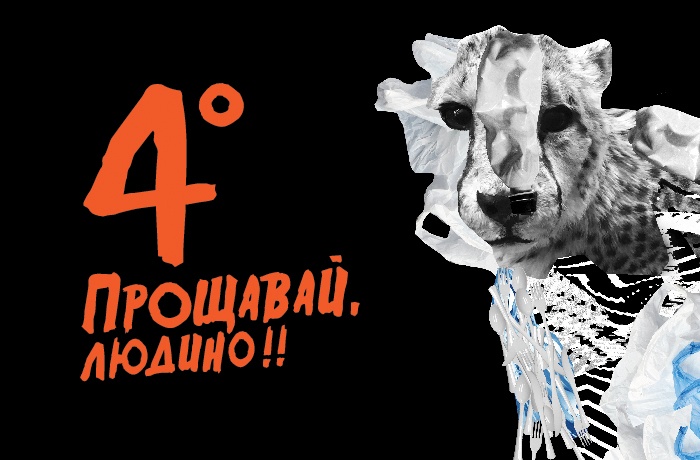 Four degrees Celsius is the amount by which, according to the environmentalists, the average temperature on Earth will increase by the end of this century.

“Just” +4⁰С – and the World Ocean level will rise almost by 9 meters, and the territories inhabited by more than 600 million people will be flooded. The streets of London, Bombay, New York, Rio de Janeiro, Shanghai, and Sydney will be covered with water.

“Just” +4 degrees С – and the whole Southern Ukraine will disappear under water.

At the same time, if the water level will increase only by one meter, displacement of people and construction of protection facilities would cost 950 billion USD.

But there are some good news.

Environment activist Naomi Klein in her book “Everything Changes. Capitalism vs. The Climate” proclaimed a very important message: “We can use the crisis for a leap forward! The issue of climate changes could become the foundation for a powerful mass movement, which would have a clearly articulated position on how to protect the humanity from unjust economic system and environmental threat”.

This is why we offer to every guest of Docudays UA to protect the environment and to become catalyst of changes!

We were inspired by the National Museum of Natural History in Kiev with all its mammoth skeletons, wide diversity of mammals, and dioramas – glass showcases, windows into wild nature. All these nostalgic landscapes usually include stuffed animals of the species that used to inhabit them. This weird human way to investigate and classify nature, turning it into studded animals, has helped us to find the metaphor for the main image of the festival.

This year’s poster is featuring stuffed cheetah from the National Museum of Natural History. Our symbol has eyes and can be seen from afar. However, its meaning is unveiled gradually: the viewer understands what this animal is “made from” only after watching it for some time. The animal is pierced with plastic bags, its bones are disposable spoons and forks.

The logline of the “Four Degrees” festival is somehow provocative – “Farewell, Human!”. It was inspired activist Roman Zinchak’s statement that the environment will recreate itself anyway – the big question is, will it get rid of human or not. Maybe the last homo sapiens will be searching for the last drop of water in the wilderness into which he has turned the planet…

Jointly with the animal image, this logline acquires additional dimensions: farewell of some species to the human, appeal to humanity in the sense of our attitude towards the environment.

The organizing committee of the festival