In Search of Lost Beauty. DOCU/BEST 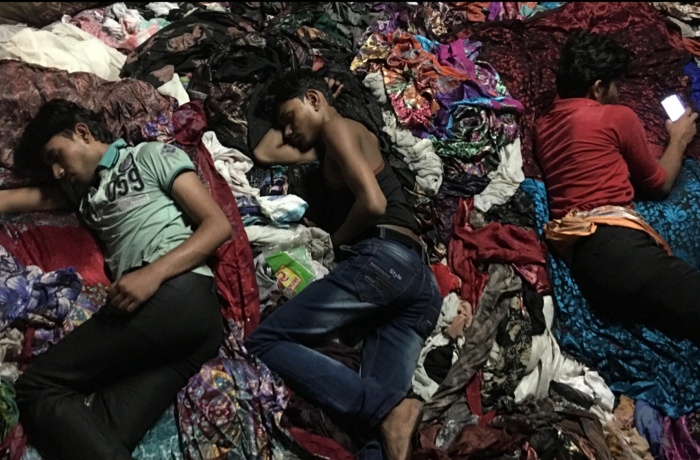 About the fragile beauty of life is present in all five films of the DOCU/BEST tells Viktoriya Leshcenko, the festival’s program coordinator.

It feels as if, in times of great disasters and large-scale human tragedy, the longing for the beautiful and the sublime increases. It is as if we can no longer bear to look at the disgusting underside of life, the pain, the dirt, the blood, the humiliation and the suffering of our neighbours, until they are presented in the language of fine art. It is as if the aim of the documentary genre is to ease the extremely traumatic task of ‘watching’ by letting the audience into hell through the monumental beauty of heaven.

The absolutely magnetic Tempestad (dir. Tatiana Huezo) is an edited film, an emotional journey through the lives of women who are victims of corruption and crime in Mexico. Locals call these victims among the people padagores. A young mother recalls a journey through hell: she was deprived of her freedom while innocent and sent to the hands of a criminal cartel, where for some reason she must “pray for the forgiveness of her sins.” At the same time, there is a story of a circus worker whose young daughter has also been stolen. The audience only hear the narrators’ voices and never see them. Instead, we watch a piercingly beautiful road movie on the screen: 2000 kilometres by bus from Matamoros to Cancun show us the country divided by the invisible borders of civil war.

The sensational documentary debut Wrong Elements (dir. Jonathan Littell) started its festival marathon in Cannes. Its director Jonathan Littell, the author of the equally famous novel The Kindly Ones and a winner of the Prix Goncourt, became interested in the recent tragic events in Uganda. During the long civil war in this country, the so-called partisan units stole children, brainwashed them and, after pumping them up with drugs, taught them to “kill the enemies.” The war gradually died down, but, according to the terms of the rehabilitation program, the psychologically crippled young people have to return to their old homes, where their former victims also live. Their meeting is one of the most emotional moments in the film, which continually invokes the work of Joshua Oppenheimer.

I am Not Your Negro (dir. Raoul Peck) is a festival favourite, an Oscar nominee from this year’s shortlist. Raoul Peck is famous for his feature films (The Man by the Shore, 1993), but this time he has created a work that brought an unfinished literary project by James Baldwin to life. The 30-page manuscript Remember This House is about some special friends, Medgar Evers, Malcolm X and Martin Luther King; it never became a book. Instead, it has been synthesised into a radical and extremely relevant cinematic study of the struggle for the rights of black Americans – from the Civil Rights Movement to #BlackLivesMatter. For film lovers, the film offers some special treats: Baldwin’s text is read out by Tarantino’s favourite actor Samuel L. Jackson, and the visuals include fragments of dozens of Hollywood movies that are shattered by ideological deconstruction.

The film Machines (dir. Rahul Jain) is the discovery of the year, the directing debut of Rahul Jain, which immediately entered the programmes of dozens of major documentary festivals and has won numerous awards. The hypnotic shots record the daily production line at an Indian fabric factory. Dirt, poverty and disenfranchisement are inevitable conditions of the lives of the workers, some of whom have not even reached legal adulthood. The speech by the factory CEO in response to all these horrors, which is a powerful emotional moment in the film, destroys our last illusions about the victory of humanity over the harsh laws of capitalism.

The Dazzling Light of Sunset (dir. Salomé Jashi) is the second documentary by Salome Jashi (her debut was titled Bakhmaro, 2011), and has won significant awards in Nyon, Jihlava, Zagreb and at the Romanian Astra IFF. The director focuses her attention on the quiet country life of a village seen through the eyes of its small TV studio. The TV makers’ camera records public celebrations, such as beauty pageants, weddings, political debates. As if by age-old inertia, the rituals are public and carried out on the stage, real or imagined. Although some of the old traditions are empty signifiers full of automatic moves, they remain unchanged. And the up-to-date adoptions look like some odd distortions from an alien world. This micro-tragedy depicts the state of Georgian society in general, a society on the great crossroads, which is always happy to chat about it with neighbours with a cup of chacha.

On the photo - "Machines" by Rahul Jain