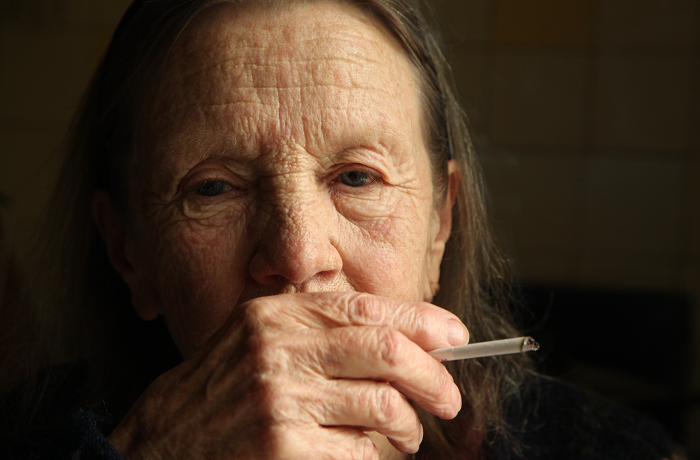 Giddiness. That is what you feel after watching the five full-length films selected for the programme.

First of all, we should mention the unquestionable artistic value of the films submitted. Each master of the documentary genre (no quotation marks, just Masters with a capital M) have, in their own way, and very differently, painted a portrait of the world and a portrait of the human soul, uncompromisingly rejecting the ‘common spaces’ in order to reveal the unknown (which is often found in familiar banalities).

The giddiness grows further, stem- ming from professional reasons of film critique. Due to the preset objectives, each of the films presented appears as a very concise text, which, on the one hand, shouldn’t become a simple recounting of artistic virtues and achievements, and on the other, is supposed to gain integrity (at least on the surface). Despite those movies being quite unlike each other, they all preserve the original vibe of their talented authors.

Actually, what the five films have in common is their creators’ masterfulness:

- forethought in choosing the topic and its conceptualisation (human fate, fixed in an endless journey, in Untitled, family relationships in Leading Role and You Have No Idea How Much I Love You, depictions of man and nature in Woman And the Glacier, the Other and society in Normal Autistic Film);

- virtuosity in constructing the narrative, visual richness and perfection of imagery (even when the entire movie is based on extreme close-ups, such as You Have No Idea How Much I Love You, or the largely limited space of an old Soviet apartment in Leading Role, where a Christmas decoration reflects the world of one family),

- the clearly articulated position of the author, displayed in very varied ways: the author can be one of the characters (Leading Role), appear in the frame (Normal Autistic Film), talk about himself intimately in the voice of another person (Untitled), express themselves through the compositional contrasting of plotlines and images (Woman And the Glacier), or unexpectedly lay all their cards on the table with a message inside the final credits (You Have No Idea How Much I Love You).

In the end, what unites the films is the all-encompassing magnetism of their impact on the audience – not even the one that consumes you during the viewing (which is not always an easy watch), but the one that appears at the end as an aftertaste that doesn’t let you go.

Below are some brief impressions of the films, which walk the ways of trying to understand the world and society, human nature and family relationships.

A‘film-movement’that was supposed to be the result of a year-long journey around the world, with momentary impressions which retrospectively become meaningful.This journey started in Austria in December 2013, and ended abruptly in April next year; Michael Glawogger died of undiagnosed malaria in Liberia. Using the footage and field recordings made by the director, Untitled was edited into a film by Monika Willi.

The traveller’s lens captures the hardships of life (the physical labour of people and their animals) in places (often) of incredible natural beauty, especially when filmed in motion. Off-camera we hear a female voice narrating the director’s impressions, his comments, as well as his private experiences and feelings – fears, desires, anxieties. These emerge along with the ‘graininess’ of particular frames among mostly digital, high-definition images.

This is when documentary anthropology turns its eye outward, to the beauty of this scary world, which, by the power of tragic circumstances, becomes a form of psychological introspection – facing inward, deepened in self-reflection. Attila Boa’s camera and Michael Glawogger’s outlook become one. From beyond the grave, we see the world through his eyes.

WOMAN AND THE GLACIER

The title expresses a restrained, subtle, ironic allusion to the phrase ‘the man and the steamboat’ because this film-portrait centres around a woman who has been working at a remote meteorological station in the Tien Shan mountains for many years, and the glacier which she becomes a part of.

Audrius Stonys shot the film at different levels of focus, especially the mountains – like a mighty tree trunk, documenting their centuries-old individual cracks, fractures. The soundspace of the film also plays a powerful role – the meditative music, the howling of the wind, water droplets that convert reality into unreality and the present into the eternal.

The indifferent immobility of the mountains is emphasised by the black-and-white archival footage. Instead, modernity appears in musical interludes, which also appear to be slightly ironic: a dombra playing Kazakh compositions against the backdrop of plants and a busy highway.

In filming his own mother, the prominent Ukrainian actress Nina Antonova, who in recent decades has become the master of short – often serial – episodes, Bukovsky is trying to present her in a way that absolves her of typical acting clichés. This task – making a professional actress with six decades of experience and the training from the Shchukin School ignore the camera and not act in front of it – at first seems impossible, but it was cleverly achieved by the director.

Meanwhile, behind the demonstration of the process of documentary filmmaking, most of the scenes are organised around the preparation for Nina Antonova’s recital at the Cinema House, I Remember with Affection..., held on January 15, 2016, bringing forth a truly ‘non-fictional’ and publicly unan nounced task – to shine a light on the intimate relationship between mother and son, and the energy currents inside a family. The recital’s ‘publicity’, after all, does not exist in the film. Instead, we see the director’s hand on the shoulder of the mother.

In one scene of the film, the mother of a girl with Asperger’s syndrome said that when she drives she also gets a little autistic – she chooses the same routes, the same parking spaces. It seems like Miroslav Janek is making an ‘autistic’ film, holding onto this rule of a conscious routine, repeating a few plot cycles with his characters.

All of them are different for the public, infinitely creative, talented, honest. First by themselves, and then gradually presented in situations of social inter- action along with parents and friends, in different spaces – and always close to the director, with whom they communicate openly.

Miroslav Janek actually becomes their friend; with outstanding humanistic force he captures the internal struggle of his characters to be themselves in a social world where everybody is a bit too similar.

YOU HAVE NO IDEA HOW MUCH I LOVE YOU

Five agonising psychotherapy sessions during which a mother and a daughter, under the therapist’s attentive care, untangle the difficult knot of years’ worth of pain and love that overwhelm them, making it practically impossible to maintain their relationship.

The camera does not capture anything other than their faces, showcasing the dramatic nature of words and creating drama in the choice of who is going to be shown to the audience: the speaker or the listener.

It seems as if the author disappears behind this kind of minimalism. However, Łoziński’s final reveal of what really happened thwarts this idea – the unique dramatic story of the miraculous and emotional process of healing suddenly becomes a broader analysis of the method, which also has an educational and life-saving purpose.