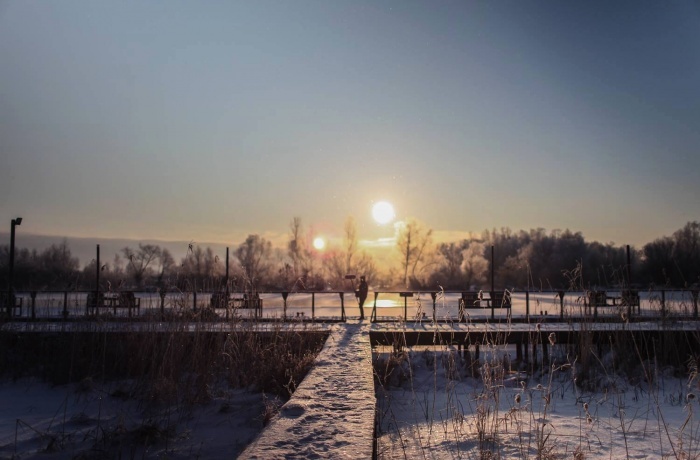 On November 2, the Docudays UA team will present the third edition of the Catalogue of Ukrainian Documentary at DOK Leipzig, one of the oldest festivals in Europe.

Every new edition of the catalogue is an opportunity for Ukrainian films (finished or in progress) to participate in the major festivals and to be screened in theaters across the world. In particular, the UKRAINIAN DOCS event (the presentation of Docudays UA in Leipzig) will be attended by international producers, film fund representatives and program selectors interested in Ukrainian films.

“UKRAINIAN DOCS is another step in strengthening Docudays UA as the future institution and intermediary between the Ukrainian documentary cinema and the international film community. And we are very grateful to all our partners who supported us at this stage,” comments Viktoria Leshchenko, the festival’s program coordinator. “As we worked on the next documentary film catalogue, we noticed that the number of high-quality and original projects in Ukraine has increased considerably. There were 15 films in the previous edition (6 of which were finalized this year), and the new edition includes 28 films. It is safe to assume that documentary film production is accelerating. We sincerely hope that the Ukrainian participants of this year’s Leipzig program will be highly appreciated by the professional film community.”

At the presentation in Leipzig, the visitors and guests will have the opportunity to talk to the authors of the Ukrainian films which participate in DOC Leipzig this year. They are Oleksandr Techynskyi (Delta in the festival competition program), Svitlana Shymko (The Fall of Lenin in the RETROSPECTIVE COMMANDERS section), and Alina Horlova and Maksym Nakonechnyi (their work Andriy Suleyman is in the festival’s industry section, the DOC CO-PRO MARKET).

The catalogue will be presented in Leipzig by the Docudays UA team. The presentation will take place on November 2, at 6 to 7 p.m. at the Festival Center Museum der bildenden Künste (Katharinenstraße 10).

The new edition of the Catalogue of Ukrainian Documentary can be downloaded at this link.

DOK Leipzig is one of the oldest documentary film festivals, founded in 1955. Every year, it is held in October-November in Leipzig (Germany).