Submergence. Seven days under the tension of documentary cinema 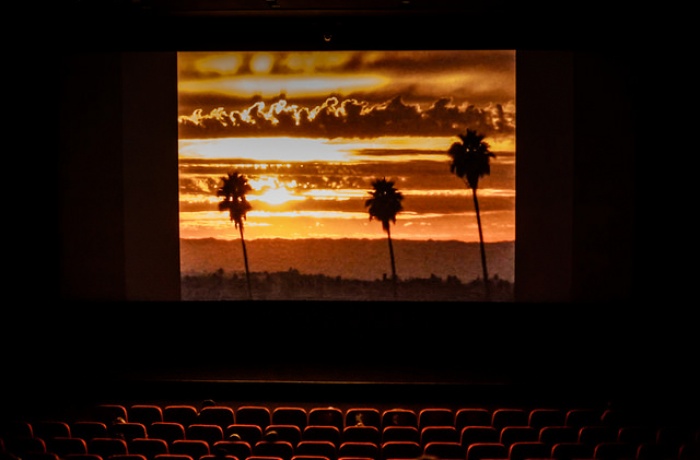 This year’s Docudays UA has become a real immersion into the documentary ocean of interhuman relationships, full of life difficulties, hopes, stereotypes, hopelessness, and excitement. Each year, we traditionally ask the guests of our festival to share their impressions of what they have seen, heard and experienced. This time, Tamaz Ablotiya, Docudays UA intern from the Republic of Abkhazia, tells in his blog about the festival films he has seen that have immersed him into the depths of the most painful wounds of society.

Seven days are just a week in the life. The seven days I have spent in Kyiv on Docudays UA is a whole life in one week. Birth and death, laughter and cry, frustration and joy, hopelessness and hope – documentary films are capable of embracing and presenting to the viewer so much.

But let’s start from the beginning. This year, the festival’s task was, if not to resolve, then at least to raise the issue of "Levels of Equality" that has got into the skin of society. Docudays UA attracts attention, while not distracting it from the main point - equality in everything: in love, sports, friendship, family, politics, war, peace, and health. 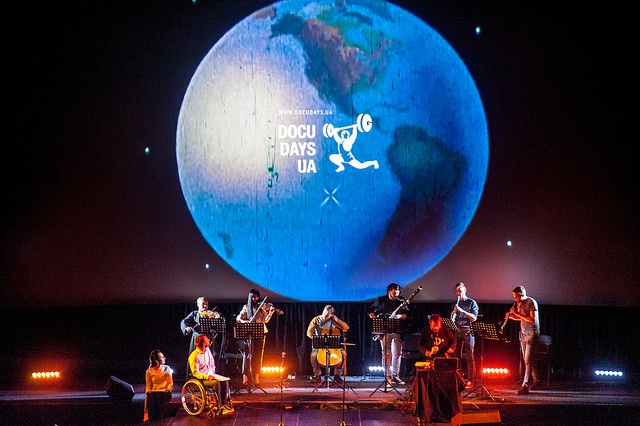 I’m a little anxious before the opening because I’ve never been to such a large festival before. However, everything around conquers me with its sereneness and easiness, setting me up for an intense week. 62 films, 34 countries, more than 250 participants.

The lights go out in the overcrowded hall, where the opening ceremony takes place. The letters that appear on the screen can be read as “Inequality” from a certain angle. The “In-” prefix literally burns. After all the gala, the screening of "A Woman Captured" begins. The filmmaker has spent a year and a half with her character Marish, who has actually been one woman’s slave for more than 10 years. She is 52 years old, but she looks as is she was 70. I remember the scene with her smoking half a cigarette without touching it with hands, and then asking from the filmmaker the permission to stand up. The only source of joy and calmness for this woman is the making of cigarettes. What I see on the screen is the 21st-century slavery. My brain refuses to believe in what’s happening, but this is the reality. The numbers are horrible: 22 thousand of people like Marish in Romania, and 1.2 million in the world overall.

Ukrainian film "Delta" was my next strong impression. This is a movie about people living in the Danube River delta. Here, humor borders with irony. There are a lot of comparisons, and after revealing them, you begin to admire them: the dead are buried on the other side of the river, carrying them on a boat, as Charon did in the Vide. A trapped fox tries to escape several times, and then just accepts and waits. A week of fisherman’s work on reed chopping, after he drinks away all the money he’d earned, results in a minute of conversation with his sister in the US… This movie, for me, is the best allegory on the inevitability of death. 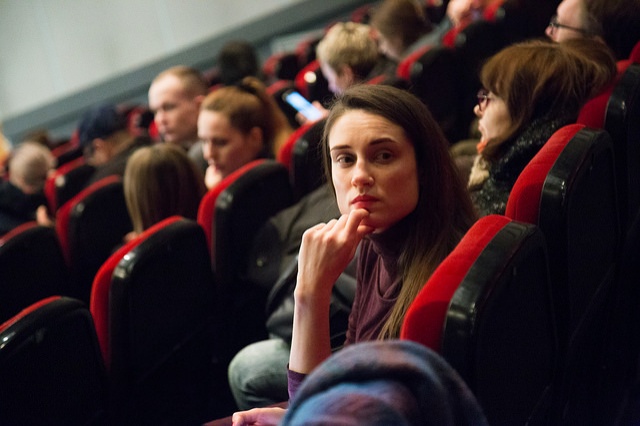 Viewers of the film “Delta” by Oleksandr Techynsky

An explosion takes place in a few seconds after the beginning of "Last Men in Aleppo", and everyone hurries in that direction. These are the white helmets – the people who remained in Aleppo and were doing everything possible for the preservation of their motherland. This is the story about Khaled – the father who rescues his family and the people under ruins. This is the story about Mahmoud, who drags living and dead bodies from the debris and does not expect any gratitude. This is the story of the inhabitants of the city who became used to the danger hanging above them. 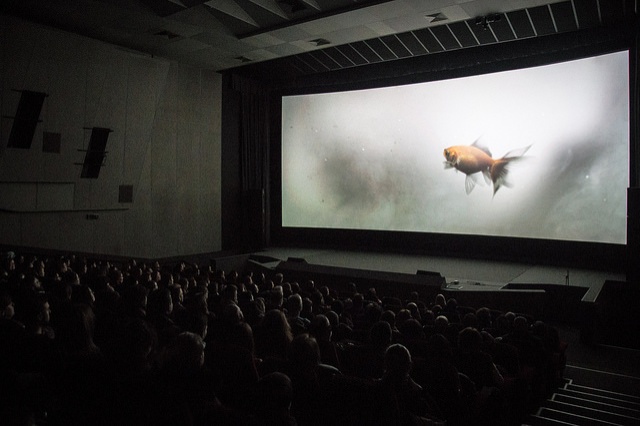 Screening of “Last Men in Aleppo” by Feras Fayyad

All they have to do is to laugh when there is no more strength to cry. They are trying to overcome the doubts on whether there is still something worth staying here. The people are tired of being afraid and trying to save themselves. They construct a house for fish, so that they would be surrounded with life, and not with something else. They spend half of the day rescuing people from their bombed houses while planning on how to get to their friend’s marriage. They sing the songs of despair. The songs about being against the whole world. Looking into the eyes of these heroes, you realize that there will never be last people in Aleppo, while there are still SUCH men and women.

Throughout the film"Gwendolyn", I am looking at the harsh face of a physically and mentally strong woman. “If you feel pain in one body part, create pain in another one”, she says. She plays with her grandson, “lifts” the bar, goes through a surgery, and cooks dinner with her husband with the same facial expression. At the end of the film, we see her climbing a mountain summit. For me, this signifies that the character achieves her goals. The final scenes of the film feature a hall of glory and the close people surrounding Gwendolyn. This is what the character is living and winning for. 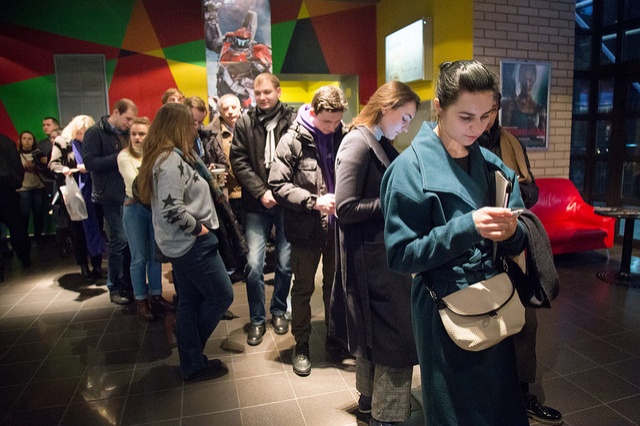 “Makala” is also a movie about the necessity to struggle. This story is, without doubts, a difficult one. This is the story about a Congolese man. The main character chops timber produces charcoal and takes it with him to the nearest town center to sell. He is carrying it on a bicycle, which is loaded with sacks. The journey lasts a couple of days. On the road, he faces everything one can ever face: racket, help from strangers, failure, and “divine Providence”. The thought that one should never give up supports him because he has a wife and a sick daughter. One should never stop. And the final scene proves that faith gives one strength even in the most hopeless moments. 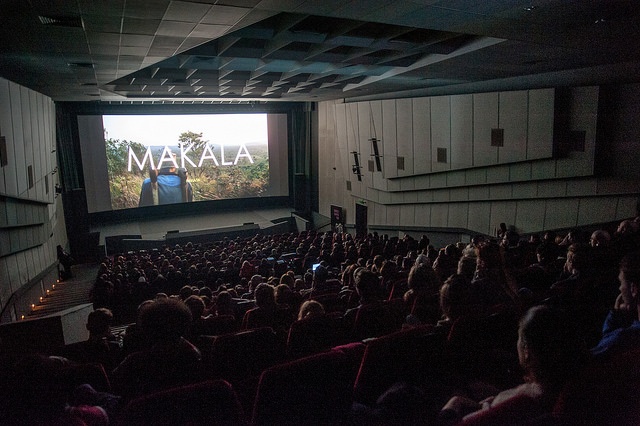 Screening of “Makala” by Emmanuel Gras

For me, these seven festival days are also a confirmation that documentary cinema can be popular, and not only fiction blockbusters, but also intelligent non-fiction films can fill the cinema halls. And the queues at the entrance to the festival venues clearly proved this fact for virtually every film. For example, I was never able to watch the film "Adults", even though it had two screening sessions...

Almost every film at the festival has, in one way or another, pointed to the most painful wounds of society. And we still have to treat them together.