Arunas Matelis: “There used to be censorship in cinema, and now there’s commerce” 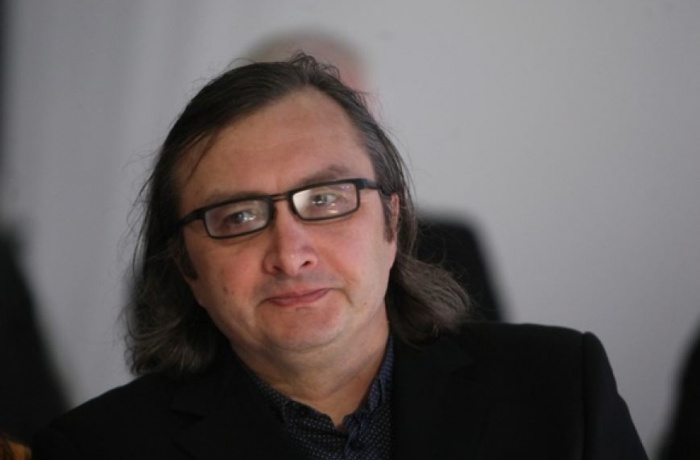 This year, the jury which determines the winners of the competition programmes DOCU/SHORT and DOCU/UKRAINE will include the Lithuanian director Arunas Matelis. His short documentaries have been presented in film festivals in Cannes, Rotterdam and Oberhausen. His feature-lengths works have won many of the top awards. In particular, his debut, Before Flying Back to Earth (2005) received an award from the Directors’ Guild of America, becoming only the second Eastern European film in history to win this award. You will have a chance to see these films in the special retrospective of this director’s work prepared by Docudays. The selection will also include the documentary filmmaker’s new feature Wonderful Losers: A Different World, which received an award from the Lithuanian Filmmakers’ Union and was named the best Lithuanian film of 2017. The film critic Natalia Serebryakova contacted Arunas Matelis and talked with him about the pictures which we will show in the retrospective, about his background as a mathematician and a musician, and about the new generation of Lithuanian directors.

You have a degree in mathematics, but you became a director. How did you move from the former to the latter?

Being a mathematician and being a director is almost the same thing. You know, the difference is not too big. Mathematics is also beautiful, it’s dramaturgy. It is not the boring ‘one plus one equals two’. Mathematics is a game and a feeling of joy. It is not very far from documentary cinema, which also involves structure and dramaturgy.

In addition, you have an education in music. Does it help you to work on your films — for example, when you edit the sound?

I am not a very musical person, I have neither a musical ear nor a voice. In the music academy, there was an acting and directing course, and that was where I studied. I was the only one who sang so badly that the teachers gave me a passing final grade right after the first class. Probably they immediately understood that it’s impossible to teach me anything. But when I studied with actors, everything that we learned there (such as dancing, for example) gave me the feeling of space and time. In short, I can’t sing, but my heart sings. 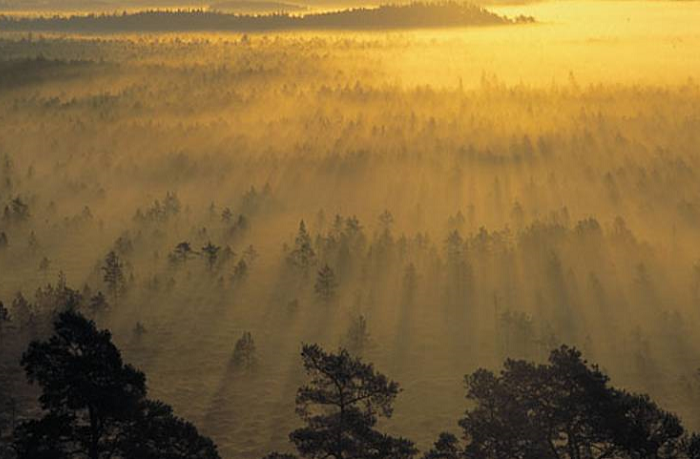 Your film Flight over Lithuania or 510 Seconds of Silence, by the way, has a very beautiful soundtrack, just wonderful.

This film has both my music and music by other people. I wrote some things myself. Also, my composer took pieces which were sung by women in remote villages. And one of those songs with the original sound and vocals became a kind of body of the film. We were thinking about how to develop this theme, we thought that we could maybe make a chorale. But it’s a very short film.

And very beautiful! All those landscapes...

When we were filming, there were no drones yet. But there was one Ukrainian company which made these devices that could be fastened to a helicopter. We managed to rent them for just a week. And, a very strange coincidence, that particular year the spring was earlier than it had ever been in the past century. So we could film so much of this magic green colour.

There’s a moment in it when you fly as if over a desert. Are those Lithuanian sand beaches?

There are these dunes which are called ‘alive’ because they also move. And there are also, so to speak, “dead” dunes. We were flying over the Curonian Spit, those are the ‘deadest’ dunes in Europe. By the way, that is where they film all the feature films about the Sahara. An incredible place where Thomas Mann wrote his books. And it was a favourite place of the German Bohemians. Interestingly, seven years after that I was in California and saw Flight over California. Our film became so famous all around the world that people started to copy it.

I think that the film has some consonance with the works of Michael Glawogger.

Our film was made in 2000. I think that Werner Herzog did something similar. The secret was that it was very difficult to film something like that from a plane or a helicopter. There was no equipment for that. And our film was practically competing with Hollywood. Especially given that everything was filmed on actual film. It requires delicate work. Because if you fly too fast, there will not be this feeling as if an angel is soaring in the sky. Or if you fly a little higher, it can also spoil the impression. In addition, there was enough fuel in the helicopter only for an hour and a half or two hours. It even became a game: when will we run out of fuel?

What kind of film did you use?

35mm. Digital shooting would not give us that image quality. 35mm is wonderful film, it gives a very gentle image. 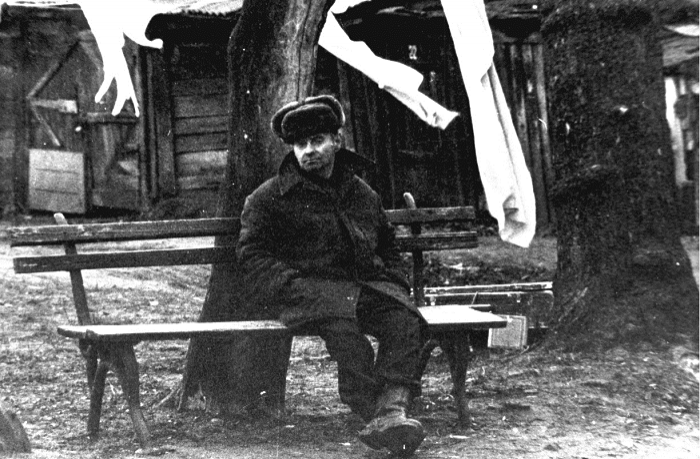 In your film Ten Minutes before the Flight of Icarus, you filmed an interesting community, they seemed like residents of a communal house. Where did you film it?

That district was once called Riverside, it was very neglected. Now it’s a trendy Bohemian place. But when I was filming, it was so abandoned that people were even afraid to walk there in the evening. Interestingly, this place became popular right after my film, artists and musicians started to move there.

What would you think about the following exciting description of the film: the story revolves around a toothless grandpa called Misha who sings the song Partisan?

Everybody says that the film’s protagonist is either Misha or time itself. The film is called Ten Minutes before the Flight of Icarus, and it lasts ten minutes. Brueghel’s painting depicts the moment when Icarus falls into the sea and only his feet are still visible. He is about to drown, disappear, and nobody will notice, because everyone in the painting is involved in their own business. So this film is rather about the ten minutes before something important happens.

Let’s talk about your feature debut Before Flying Back to Earth. Why did you decide to make a film about such a heavy topic as children with cancer?

Our daughter was ill. It is our experience, what we went through at that time. And this experience motivated me to make this film. To show that it’s not all just human pain, but that you can also be happy about certain small things. The concept was to try to film quiet joy, moments of happiness. The film doesn’t have too many tears, either the children’s or the adults’. Of course, everyone understands what kind of disease this is, what kind of hospital this is. But in the film, there’s even a situation when the protagonist, a little boy, says that he would like to become a doctor, but not an oncologist. So he even sympathises with the doctors who treat him. In Denmark, this film received the highest ratings on TV. It’s strange, because usually very few people want to watch a film about a children’s oncological hospital.

Did you have to find a special approach to working with children, in order to avoid traumatising them?

It was very hard to work with them. I offered my film crew just to come and talk with these children for two months, to take care of them — and if they felt of their own accord that they needed this film, only then would we make it. Then there was a moment when one of the crew members went out for a second, and there was a call for him saying that one boy wants to play with him. Then the whole crew decided that we should make a story about this. For those who were filming, the experience was also unique.

You founded the first production company in Lithuania. Do you produce only documentaries?

The second! So far, yes, only documentaries.

Can you say anything about the new generation of Lithuanian documentary filmmakers? For example, what do you think about the film Mariupolis by Mantas Kvedaravicius?

Kvedaravicius is a bright person, he came to cinema from anthropology. I think he’s a Harvard graduate. Some people come to cinema from mathematics, and some from Harvard. But if I must compare our generation and the new generation, our films have won all the main European awards. Recently, in France, they showed a selection of short films by these ‘older’ directors. The total length of the demonstration was an hour and forty minutes, of which only 8 minutes involved conversations on screen. And the most talkative film was my Flight of Icarus. Our generation has managed to create a kind of freedom manifesto, and we are still doing it. Because we always filmed only what we wanted, regardless of any obstacles. There used to be censorship in cinema, and now there’s commerce.

You are a member of the European Film Academy with the right to vote. Can you say anything about the activities of this institution?