Ramona S. Diaz: “The stories from the Philippines resonate within me” 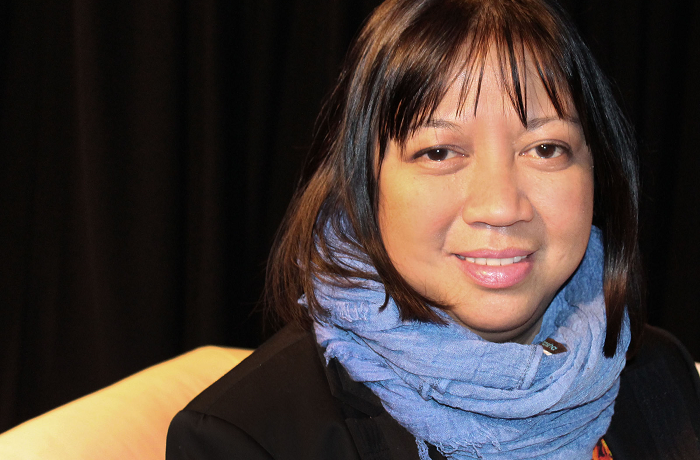 This year’s DOCU/HITS program includes Motherland by Ramona S. Diaz, which portrays the turbulent routine at a maternity clinic in Manila, Philippines. The film won awards at the International Documentary Film Festival in Munich and at Sundance. Through the life of a social institution, the film reveals the problems of the whole system – in this case, in the sphere of reproductive health. The camera points out that each woman’s story is just one among millions, and every baby is one of the thousands that are born every day. This is not the first time Ramona S. Diaz has focused on the situation of women in the Philippines in her films – this focus is crucial for her work. In our conversation with the filmmaker, we leave the walls of the clinic to look at the broader context.

Your film is related to the reproductive health bill in the Philippines and the social resonance around it. Could you elaborate on the context and on the reason why you chose this topic for your movie?

As a woman living in 2018, I have no doubts that the issues of women’s rights, reproductive legislation, and reproductive health are of extreme importance. Especially in places like the Philippines, where the Catholic church is still very influential. In 2012, there were debates in the Philippine congress around the reproductive health bill, and I wanted to make a film on this bill. I felt this was a crucial moment for the country. The Catholic church was also influencing these debates. All of this had a huge cultural and social resonance. I wanted to document it. This is how the idea about the film first occurred to me.

However, after my arrival to Manila and the beginning of my research, I realized that I was unable to find the visual language for the story. Someone advised me to visit the Fabella clinic, which is known as the ‘baby factory’. As soon as I got there, I understood that this was my movie. This clinic represents all the issues I was interested in – reproductive health, reproductive legislation, and women’s rights in the Philippines. All of this could be filmed within the walls of the clinic.

From the conversations between mothers and nurses in your film, we learn that the women are ready to accept contemporary methods of contraception, but there are still many prejudices around this, and the women experience social pressure. For instance, they do not use contraception because their mothers tell them not to. Why does this happen?

In my view, this is a complex issue. Firstly, there is the great influence of the church. At the Sunday services, they urge women not to use contraception. Secondly, society preserves strict gender roles – women are still very dependent on men and partners. If the husband wants to have sex with his wife, it is unusual to say ‘no’ to unprotected sex. The woman has to take care of her protection herself. Thirdly, there is a lack of education. There is no sex education in Philippine schools. One part of the bill on reproductive health envisaged the introduction of sexual education from the fourth grade. Whole generations have been left without this education. This is why society is very unaware about AIDS; there are many myths that contraception causes cancer, etc. All of this makes people avoid contraception, because this is easier. And the women get pregnant again and again. This is a much broader issue.

We are used to the idea that childbirth is quite an intimate process. However, Motherland demonstrates that this intimacy can transform into routine – the women don’t even have names, and the nurses just call them ‘mums’. Privacy is forced out the walls of this clinic – the women do not hide their naked bodies from the camera and give birth in front of the lens. The Fabella clinic is a place for the poorest. Could this situation occur at a private hospital? Is privacy a privilege?

I don’t think the situation would be significantly different. Speaking of the deprived groups of women, who are grateful for being at Fabella, their expectations of privacy change. They are just grateful that they can be in the clinic and give birth there. Besides, the understanding of private space can differ significantly. I think that we are living in a very cramped world, so private space is always social. Of course, wealthier women can have personal rooms and personal space for childbirth. 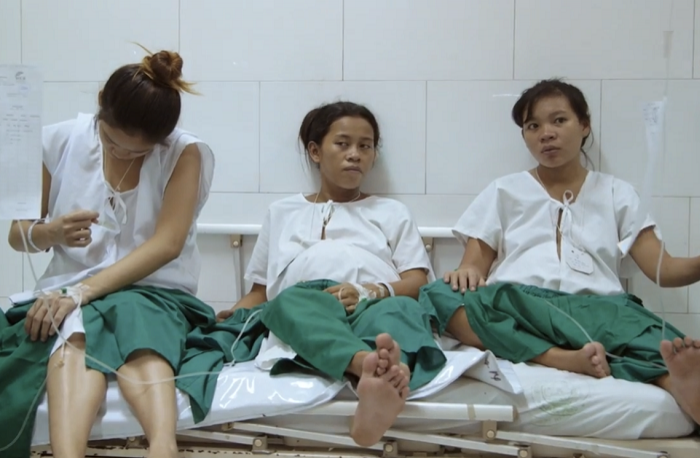 You know, in my opinion, the idea of being embarrassed at one’s body is the least of the Philippines’ problems. This is quite strange, since the Catholic church can pressure you so much that you might start thinking that you should be ashamed of your body’s nature. I believe that this was impossible in pre-colonial times – society used to be more open in terms of corporeality.

As far as I know, you have close connections to the United States, because you studied there. But most of your films are dedicated to the Philippines. What makes you return to the Philippines in search for stories?

If not me, then who? I was born and grew up in the Philippines. I have spent more time in the US than in the Philippines – I was 18 years old when I left. But we always return to what we know. I feel that I can tell a particular story because no one else can do that. I’ve always wanted to film about the Philippines and Philippine-American issues. This does not mean that nothing else interests me – these are simply the topics that resonate within me.

Your film reminded me of Machines by Rahul Jain. What filmmakers are important for your work?

Rahul and I participated in the Sundance festival together – both of us had a premiere there. I know him, and I like his film. It is a pleasure to have such an association.