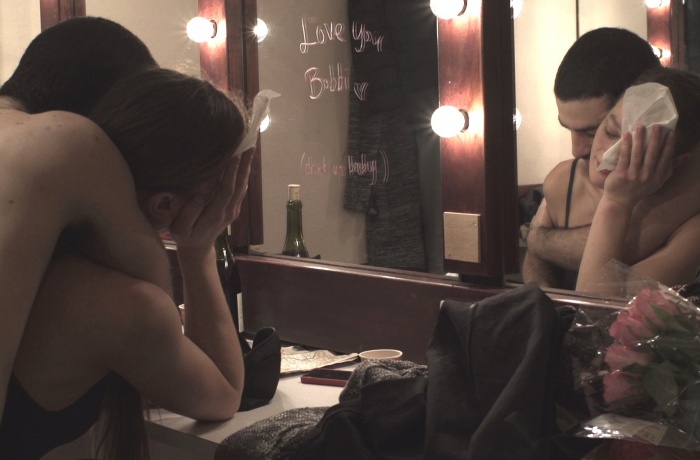 This year’s DOCU/BEST program has five films about struggle. The festival program coordinator Viktoriya Leshchenko speaks about one father’s fifty kilometers, about the daily routine of the Philippines’ largest maternity ward, about the body and its vulnerability, about rescuing bombing survivors, and about the most anticipated Ukrainian documentary of the year.

Birth, struggle, death, rebirth are the climax points for each human being who resists, who fights, who never gives up, who is ready to smile in the face of the predetermined hopelessness. The media world whispers: we are masters of our own fate, and as soon as you start to believe in success, the hard shell of circumstances will give in under the pressure of social media calls. Let us now dive into a less popular truth about how courage is the only life measure. Kierkegaardian courage, with which every protagonist of these films accepts their challenges every moment, deserves admiring attention. This year, let us focus our eyes on the Philippines, Ukraine, Congo, Aleppo and Tel Aviv, on the places where people constantly meet challenges regardless of their sex, gender, status and the documentary filmmaker who records their difficult struggle.

Motherland (Ramona S. Diaz) is an epic work with brilliant photography and directorship, which describes the daily routine of one of the largest maternity wards in the Philippines. The assembly line of poverty relentlessly produces new Filipinos who have no hope for the future. Which makes the human empathy of the staff in their fight for each particular fate all the more prominent.

Even before it met the Docudays UA audience, one of the most anticipated Ukrainian documentaries this year, Delta (directed by Oleksandr Techynskyi), was awarded with the prestigious diploma of the Leipzig Documentary Film Festival. The stern local mores combined with the masterful work of the filmmakers create for the Ukrainian viewer an exclusive perspective, distance and approach which are so necessary for accepting yourself.

Love at first sight is the credit given to the dancer of the Israeli Batsheva Dance Company Bobby Jene unconditionally. When female emotion and beauty go together with force and sincerity, and freedom is given under condition of constant struggle against the stigmatization of the body by the social norms and its vulnerability, against the fear of failure to fit within the requirements. Movement on the edge, just as the enchanting love story, is an integral nerve of this true festival hit by the director Elvira Lind.

Makala, which means “coal seller”, is the debut of the cameraman Emmanuel Gras as a director. It was awarded the Gran Prix during the International Critics’ Week in Cannes. It is a road movie about a father of a family who accomplishes a heroic feat every day in his struggle for survival. Crossing fifty kilometers with extremely heavy loads of coal, Kabwita engages us in the magical world of incredible loneliness and strength of will.

There will be no happy end in the Last Men in Aleppo (Feras Fayyad), and we know it from the very beginning. After watching this documentary Oscar nominee, the world will never be the same again. We will not just know but feel the pain and beauty of this moment. So fascinatingly powerful is the impression from the presence of these astonishingly strong-willed people. This group of volunteers who clean the debris after bombings and rescue the survivors are doomed to die. The daily agony is subordinate to the beauty of the present, captured by an artist’s eye.

See you in the movies.