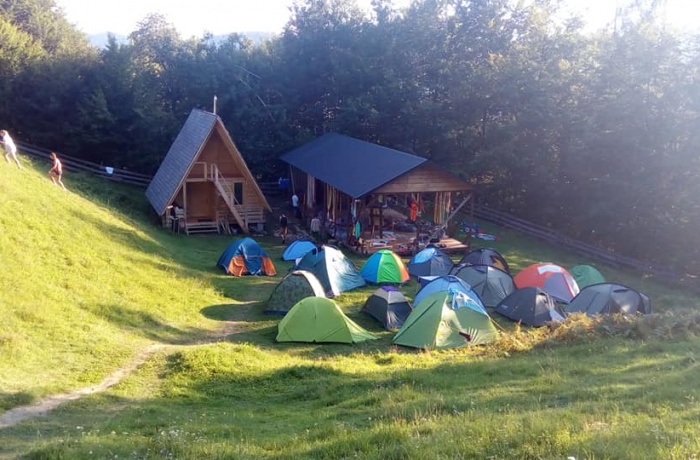 Screenings on rooftops and mountain meadows, within the walls of a castle or on a summer terrace. The tireless moderators of DOCU/CLUBs share their experience of this summer’s open-air film screenings in our blog.

And don’t forget that the project website features selections with experts on how to talk about human rights through documentary films, interviews with filmmakers, and announcements of the most relevant events in all Ukrainian cities and towns.

manager of the Film Club on Zelena Street

Every summer, once or twice, we try to have open-air screenings. For this, we need, of course, not only an interested audience but also good technical conditions. In August, our film club came to the Grandpa’s Hut in the Carpathian village of Yavoriv. So the choice of the film Living Fire by Ostap Kostyuk was not random. Many episodes of the film were filmed nearby, beyond the Sokilsky Mountain Range, in Babyn village. 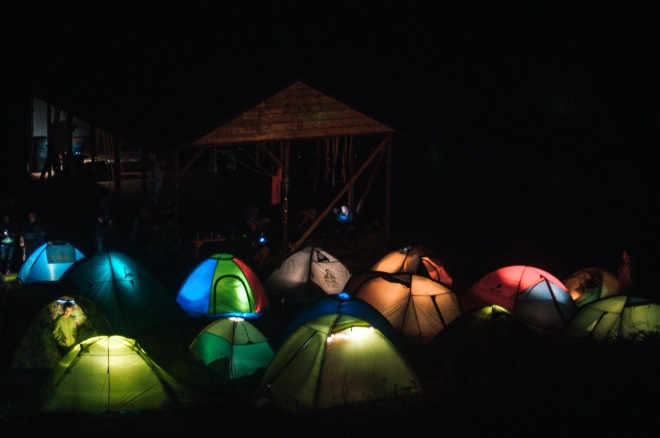 In addition, this was the first time in the film club’s experience when we watched the film using the solar energy. Not so long ago, the Grandpa’s Hut installed solar panels. And now during the summer, all the electric appliances in the Hut and the devices of its visitors can work on solar energy. The screening brought together more than fifty viewers. And although the film club’s regular audience watched the film for the twentieth time already, they still wondered and admired how well the filmmaker managed to capture the people living in this land, who can stay faithful to the land of their fathers, to their native mountains, to the house they were born in, to their families, to the unalienated work on the high mountain meadows in harmony with themselves and the environment. And also how they manage to oppose the stereotypes of “single-use” which have taken over the world and extended from the treatment of things to human relationships. 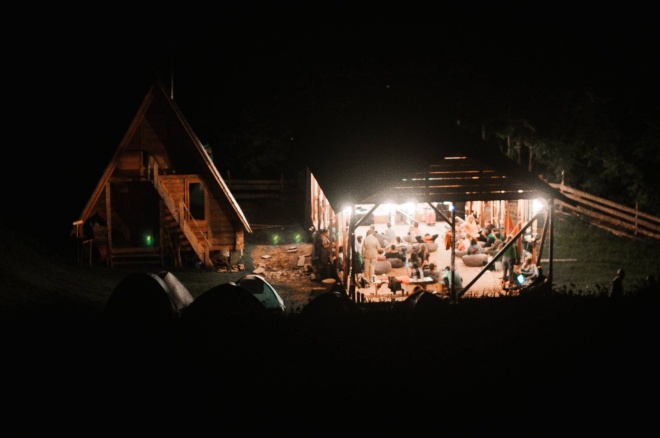 The idea of open-air screenings appeared very spontaneously. We came up with it together with the student fraternity which already had some experience with this format. In addition, we were joined by the Imago Student Film Club, and the three of us together decided to organize an open-air series. On the one hand, the open space brings a certain informality to the atmosphere of the screenings. But on the other hand, the format has its own particularities. For example, the sound equipment has to work well enough for all the fifty people who come to our screenings to hear everything. 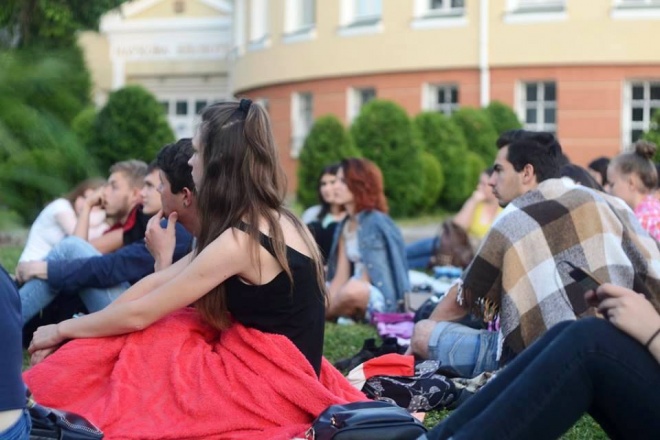 The screening of The Silent Chaos went very well. After the film, we discussed what we had seen for about forty minutes. People come with different views and attitudes. But I love the moment when they join the discussion. The film The Day I Decided to Be Nina was also followed by a lively discussion. We invited my colleague from the Ukrainian Helsinki Human Rights Union, Olena Romanova, to participate. Her specialization is non-discrimination. There were female reporters in the audience who asked very interesting questions. In particular, about the balance in the issues of non-discrimination, based on the example of the notorious wedding cake case. In which the right not to be discriminated based on religion clashed with the right not to be discriminated based on sexual orientation. 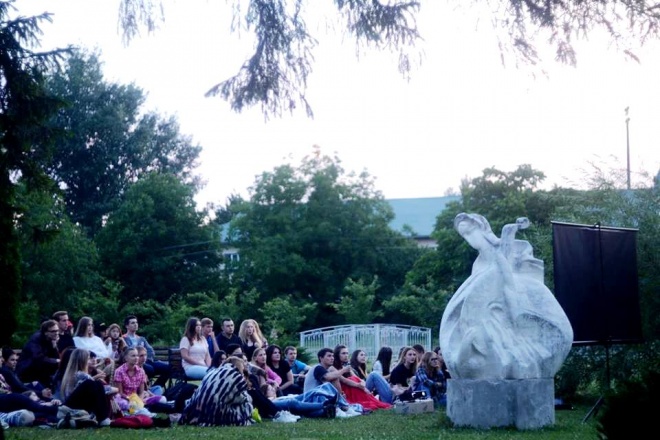 manager of the Human Rights Film Club in Mariupol

Our Docudays UA Human Rights Film Club is a branch of the Historical and Archeological Student Society at the Mariupol State University. For the fourth year in a row, in summer, we travel to Transcarpathia as volunteers to the Chynadiyevo Castle, a.k.a. the Szent Miklos Castle, and help to preserve its cultural and historical heritage. Here, students of history study the castle building which was built in the 14th century. And this summer, during the archaeological practice, we also organized screenings. One of them was open air; we watched the film This Is My Land. And the other film, We Will Be Happy One Day, was screened in a large hangar on the Castle grounds.

Right after the screenings, I ask my audience how they feel, what was important to them in the film. And of these two screenings, the audience probably found the film This Is My Land the most relevant. Because for history majors it was interesting to watch, using the example of this film, how people living in the same country have different views of its past, different attitudes to the conflict. Of course, some similarities were found with our Ukrainian present, and we discussed what we would do later when reintegration starts, and what our future would be like. 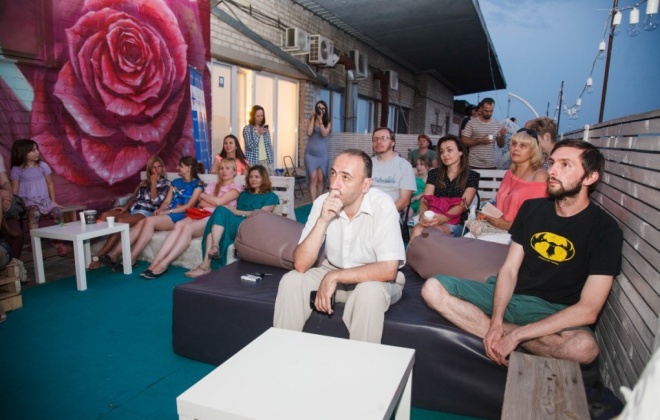 The Traveling Docudays UA Media Education Film Club DUMAy! started the tradition of summer open air screenings last year. Together with our colleagues from partner organizations we held a series of screenings on the rooftop of the Projects House in Kharkiv. Once a month, the audience could watch good films on the 10th floor, with a panoramic view of the city, in a friendly atmosphere, under the evening sky, and with an interesting discussion. We watched the films We Will Be Happy One Day, Liza, Go Home! and This Is My Land. And after every screening, the audience was actively involved in the discussion: they recalled examples from their own experience, they applied what they had seen to our reality, they deliberated about building a conflict-free life in the family and in the community.

We never have classic-style screenings: lights out, screening, lights on, and people go home — that would mean that the screening failed. I recently showed films at a Kharkiv college, the films were about the events in Eastern Ukraine. Two students asked me why there was no conclusion at the end of the discussion. But if people started thinking, became involved, then it was successful. The films we choose to screen show the life as it is, they force your brain, heart and soul to work.