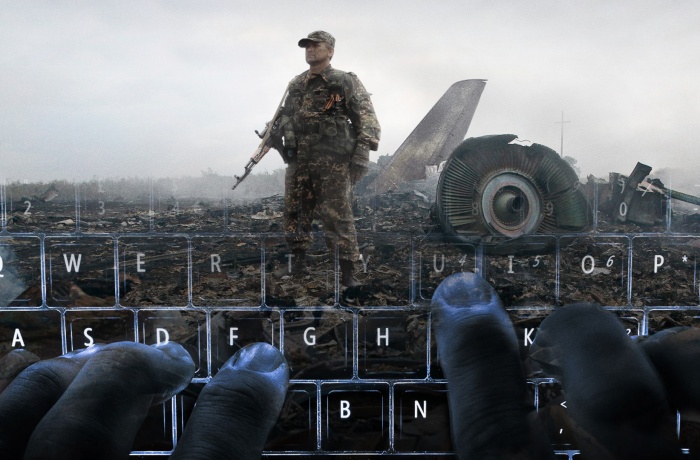 Enormous amounts of data appear on the Internet every day. We leave digital footprints with every interaction on social media, with each of our search engine queries. In 2018, Mark Zuckerberg, the founder of Facebook, delivered a testimony at the US Senate about the interference with the US presidential elections and the leakage of users’ personal data to Cambridge Analytica, the private company which used personal information for the development of Donald Trump’s electoral campaign. In 2014, the global media space was shaken by the archive of documents concerning the so-called ‘troll factory’, the Saint Petersburg-based Internet Research Agency LLC, which profits from the dissemination of provocative propaganda messages on social networks.

Under such circumstances, the definition of the very category of ‘truth’ is blurred. Are there any unquestionable facts in a world which allows for such an easy creation of illusions, confusions, fake testimonies etc.? The journalists from the Bellingcat community deal with the separation of truth from lies. This research network, founded in 2014 by British blogger Eliot Higgins, investigates the most shocking and uncertain cases using data from open sources – social media, web sites, Google Maps photos and so on.

This year’s DOCUDAYS UA will open with Hans Pool’s documentary Bellingcat: Truth in a Post-Truth World, which is dedicated to this network. On the eve of the festival, we contacted Aric Toler, one of the film’s characters who is also a Bellingcat journalist and investigator. One of his investigations dealt with the catastrophe of flight MH-17 over Ukraine in 2014.

In 2013, you received an M.A. in Slavic Languages and Literature from Kansas University. In 2015 you joined the Bellingcat team. How did this happen?

I was already volunteering with Bellingcat in 2014. In a year, they accepted me as a full-time employee. This was, so to speak, a gradual path from volunteer help in investigating the MH-17 catastrophe over Ukraine in 2014 to an expanded circle of responsibilities and activities that included trainings, text writing, etc.

Bellingcat’s research is based on open-source intelligence. Apparently, your activities still involve many risks. Besides, I cannot even imagine how time-consuming this painstaking work would be. Nevertheless, you agreed to take part in Hans Pool’s documentary. How did the shooting go? And weren’t you afraid to disclose details about your personal life, research methods, or ways of communication within Bellingcat in front of the camera?

Frankly, I don’t see any danger related to my research for Bellingcat. The other people who would be afraid if they were in my shoes are probably just self-entitled. I conduct my investigations while living in the United States. This means that my activities involve about a thousandth of the real dangers faced by such people as Roman Dobrokhotov researching in Moscow. (Roman Dobrokhotov is the founder and chief editor of the Russian internet media site The Insider. In 2018, he conducted an investigation into the case of the Skripal poisoning in Salisbury in cooperation with Bellingcat – Ed.). This is why I had no concerns regarding the filming.

In the film, I have little time on-screen in comparison to other participants of Bellingcat, such as Christiaan Triebert or Eliot Higgins. I met the filming crew several times in Berlin and in my old home in Charlotte, North Carolina. Each of our meetings lasted for several hours. This was unobtrusive. Hans and his team are very pleasant and professional people.

The people who mistrust the results of your research criticise Bellingcat by resorting to a common argument: in their opinion, investigations based on social media, the Internet or Google Maps cannot be taken seriously, because these are ‘just’ social media, ‘just’ low-resolution Google Maps photos and so on. For instance, we keep hearing these accusations from the Russian Federation’s Ministry of Foreign Affairs about your investigation of the crash of the Malaysian Airlines Boeing 777 near Donetsk. What would you answer them?

I would put it as follows. The mere fact that the proof and evidence is freely available to the public does not make them it valuable and important. Moreover, this is an advantage, which makes the conclusions of the investigation more convincing, since any person can check the facts by themselves.

Let me remind that the evidence provided by the US government in favour of military intervention into Iraq could not be verified, and the citizens had to trust the officials’ words. (For instance, the White House used the weapons of mass destruction allegedly owned by Saddam Hussein as one of the pretexts for the launching of military actions, even though the CIA’s special commission was unable to find any direct evidence. – Ed.). In contrast, online data from the open sources that we work with is checkable and can be reviewed and analysed by anyone. This makes the process of gathering and processing data much more transparent and democratic.

In February this year, the European Parliament adopted the final text of the Copyright Directive. These legislative initiatives include the obligation of online content-sharing providers to scan all user-uploaded materials for copyright infringements. Does this change anything for Bellingcat?

To me, this sounds like an extended version of the American Digital Millennium Copyright Act. Frankly speaking, I am not familiar with this directive, and I am not an expert in this area. I have no idea.

Can you imagine what conditions would force you and the entire Bellingcat team to cease your investigations?

Perhaps we would do that if we all found extremely well-paid jobs that wouldn’t let us publish our materials in open access!