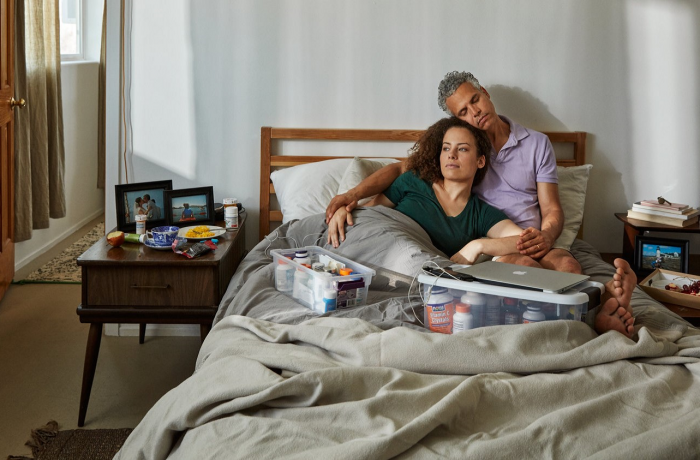 On November 10, we kindly invite you to attend Docudays UA screening at the Polotno Film Club. We open the season with a festival hit, the winner of a special jury prize at Sundance Film Festival, the film "Unrest".

The film tells the story of Harvard student Jennifer Brea (she is also the director of this film), who is experiencing symptoms of a mysterious illness - "chronic fatigue syndrome". Official medicine mostly ignores the disease, and some even consider it to be a fiction. In the hopes of understanding what has happened to her, Jennifer begins to film her battle with the disease, simultaneously grasping the true extent of the disease.

"The film “Unrest” - It was like a lighthouse with which patients with this condition could share the experience they are going through with their relatives, doctors and the whole world. But at the same time, it wasn't just a story about a disease. It was also a story about love and support. Throughout the film you see how spouses fight this disease together,” says Rebecca Ashdown, marketing campaign director at distribution agency Together Films.

At the Docudays UA festival in Kyiv Rebecca told about the process of building a large-scale impact campaign around the film. Its main purpose was to overcome prejudice against patients with myalgic encephalomyelitis ("chronic fatigue syndrome") and to provide the disease official status.

“It was extremely important for us to inform everyone as much as possible and involve everyone in the screening - from politicians and doctors to families whose members suffer from this disease. To do more research on how to help patients and to fund it. After all, no one took "chronic fatigue syndrome" seriously," adds Rebecca Ashdown.

After the film screening, you will have the opportunity to learn more about the possibilities of documentary filmmaking and the Docudays UA special impact program dedicated to these films. The program director of the festival, Victoria Leshchenko, will answer questions related to this issue. The audience will be able to discuss the medical aspect of the film will with the promoter of evidence-based medicine, research blogger and candidate of medical sciences Andrew MED GOblin. Moderator of the event: Alex Malyshenko, co-founder of the Polotno Film Club.

The screening of the film takes place as part of the Docudays UA Travelling Festival.

Additional information: besides the Impact Program, this year's Docudays UA Festival in Kyiv also hosted an Impact Lab for Activists and Documentaries CHANGE IT! These are case studies and screenings from companies that develop distribution strategies for documentaries and integrate them into human rights campaigns. All records of this workshop are available on our DOCU/SPACE online platform.