Reboot: What Don’t We Know about Our Rights in the Digital Age? 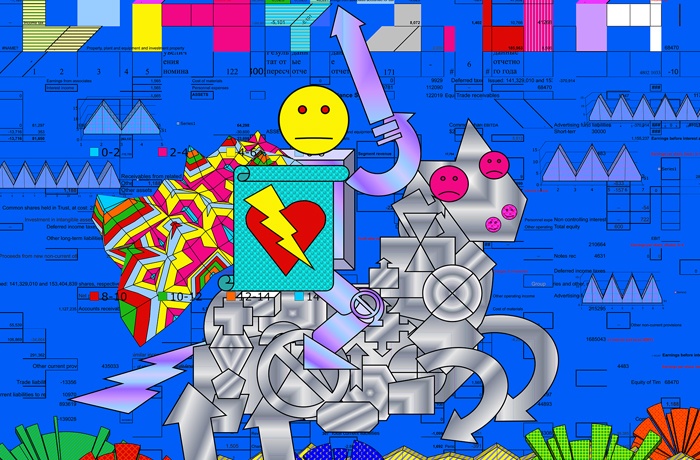 “Technology is just a tool,” said Bill Gates, the founder of the Microsoft corporation, back in the age of the ‘personal computer revolution’. But in the 21st century this tool has become super-powerful: it has the power to either help or harm us. In this year’s RIGHTS NOW! programme, we are exploring ways to protect our rights as digital technology develops at a frantic pace. We have prepared over 40 events for you. They include lectures, workshops, master-classes and training sessions, and most of them are about the problems of digital rights, protecting personal data, instant messaging security, etc. In addition, for the first time in the history of RIGHTS NOW!, we have launched a programme called CHANGE IT! Impact Lab for Activists and Documentary Filmmakers. Iryna Sydorenko writes about the RIGHTS NOW! events in more detail.

Last year, DOCUDAYS UA organised the CIVIL PITCH: Civil Activist Films competition for film projects created in cooperation between filmmakers and activists. For a year, documentary filmmakers worked in cooperation with activists, studying specific socially important and urgent topics. Is it safe to fight against corruption? Can involved citizens stop illegal construction in the capital and preserve the architectural face of Kyiv? How protected are the rights of sex workers in Ukraine? How do refugees fare in our country? So this year we present the results of this fruitful cooperation: four unique civil activism films. The films will be screened on 23 March at 5 p.m. in the Kinoman Hall of the Zhovten Cinema. Repeated screenings and discussions with filmmakers, activists and the protagonists of the films will take place in the IZONE Creative Space.

So don’t miss them:

24 March, 2:00 p.m. – screening of Shut the Fuck Up! and a discussion on “Defenceless defenders: Why are activists attacked and how to stop it?”

24 March, 4:00 p.m. – screening of Facade Color: Blue and a discussion with the protagonist of the film and representatives of the SaveKyivModernism civil initiative.

29 March, 5:00 p.m. – screening of No Status. Ukraine and conversation with the protagonists of the film, a representative of UNHCR in Ukraine and the team of the No Borders project of the NGO Center for Social Action.

A special series of RIGHTS NOW! events will be dedicated to the digital rights of users. Here is what we have prepared for 23 March in the IZONE space:

12:00–1:00 p.m. At the lecture on Digital Rights: A Guide for Internet Users, the audience will have a chance to imagine what the 2019 Universal Declaration of Digital Human Rights could look like.

1:30–2:30 p.m. Oleh Soldatov, a PhD student at the Bocconi University, will give a lecture on Expressing Views Online: Human Rights Advocates’ Journey Down the Rabbit Hole, and speak about the European Court of Human Rights’ practices in the sphere of online human rights violations.

3:00–4:00 p.m. The next discussion, Key Challenges in Realising Digital Rights in Ukraine, is about learning practical skills. Based on specific Ukrainian examples from recent years, experts will speak about how the list of websites recommended for blocking is formed, what kind of online statements can get you a criminal sentence, and what the Ukrainian Security Service’s ‘black boxes’ are.

4:30–6:30 p.m. We invite you to visit the ideal city in terms of protecting its citizens’ rights: Pravopil. Activists created it using 3D modelling technology, so users can see how government bodies are supposed to function in order to meet the standards of human rights protection.

You can learn about the work experience of the first Ukrainian sheriffs on 29 March at 2:30 p.m. Since the police reform started in Ukraine, the number of district police officers in villages and towns has fallen significantly. One district police officer serves 5-15 villages. In 2018, two NGOs started the Sheriffs for New Communities project. At the roundtable, the project’s authors will discuss the successful experience of small communities in independently resolving their security problems. They will show videos about the activities of Ukrainian sheriffs and present an exhibition entitled Successful Security Practices: The Ukrainian Scale, as well as the Information Platform (www.sheriffua.org), which has been created to improve and introduce the institution of sheriffs in Ukraine.

Another urgent problem of contemporary life caused by the development of digital technology is the issue of copyright, particularly in the film industry. How feasible is it for a student club of film lovers to obtain a license to screen a film according to all the rules? How can we overcome the conflict between the film club format, informal education, and the need to follow copyright laws? Can a municipal cinema organise a non-commercial film club? These questions will be discussed on 23 March at 7 p.m. during the discussion on Film Clubs: Informal Education and Copyright Protection.

The Ukrainian filmmaker Oleg Sentsov and activist Oleksandr Kolchenko were arrested in Crimea, kept in a pretrial jail in Moscow, tried and convicted in Rostov on the grounds of fabricated evidence, convoyed to Ural and then as far as the Russian Arctic. What are the conditions in which our political prisoners are kept, and what kind of people are taking care of their fates? You can learn about this if you watch the film Convoyed Across Half the Earth: The Story of Sentsov and Kolchenko’s Imprisonment on 27 March at 3 p.m. After the screening, we invite everyone to participate in the discussion What Can I Do for Political Prisoners?

All day on 25 March, our VR cinema will be open, presenting fragments from the future 3D film Prisoners of War. Thanks to a VR helmet, the audience will find themselves in the DPR cellars where prisoners were held, and will have the chance to hear their stories.

On 26 March at 2 p.m., we invite you to the next event, Searching for Truth in the Age of Post-Truth: A Series of Interactive Seminars. Documenters of war crimes from the Ukrainian human rights organisation Truth Hounds will speak about collecting evidence of war crimes and the search for perpetrators near the front line.

Five years ago this year, Russia occupied Crimea. Since then, Crimean human rights advocates have been ceaselessly documenting human rights violations, often falling victims to persecution themselves because of this. What is the fate of those who had to leave the occupied peninsula because of threats and pressure? This topic will be discussed on 27 March at 12:30 p.m. at the lecture Human Rights in Crimea: Stories of Human Rights Advocates. How People Work in Exile and Under Occupation.

This year’s exhibitions deserve special attention. On 23 March, at our main location in IZONE, we will open an exhibition-installation called Suitcases of Human Rights Advocates. The exhibits present the belongings of human rights advocates from Donbas, Crimea, Kharkiv, as well as Azerbaijan and Belarus, who have had to leave their homes or go to prison.

Another exhibition, Twelve Stories of People Who Were Arbitrarily Sentenced to Life in Prison, will be open all day on 24 March in IZONE, and tell the story of people sentenced to life whose guilt was not proven. These stories have been tirelessly collected by the Kharkiv Human Rights Group. For nine years, Ukraine has not had any effective procedure for reviewing criminal cases. Meanwhile, many people who were convicted without evidence of their guilt remain sentenced to life imprisonment, and are slowly dying behind bars. You can learn more about this issue during the discussion The Right to Fair Trial on Sunday 24 March, at 10 a.m.

Entry to all the events is free. We look forward to seeing you in the IZONE creative space and in the Zhovten Cinema.