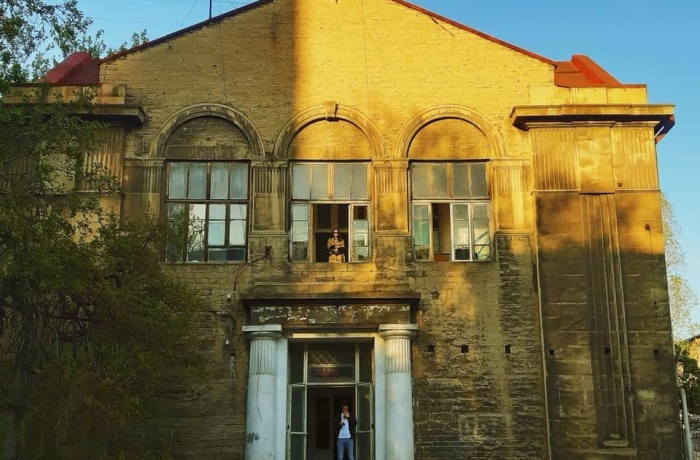 Baku is one of those cities that disappear more rapidly than the memory about them. We can only guess what the city looked like before its many glass skyscrapers and shiny parks. The pictures of some neighborhoods with old buildings and architectural monuments can now be found online. We can also hear about them from their former residents whose homes were destroyed, but who still return to their native streets, stores, neighbors.

This luxurious building in the city center, known to the city residents today as the Salaam Cinema, also threatened to become a memory until very recently. Built in the early 20th century as a prayer house for the Molokan community and transformed into a radio station in the Soviet times, it was privatized and almost abandoned after the Perestroika. This was the space that was rented early this year to found the Salaam Cinema, an open platform for culture events, film screenings, workshops and educational projects. The fact that its owner planned to knock the building down was known from the very beginning, but there was hope that thanks to the people’s involvement and the creation of a community around it the building will be successfully preserved. 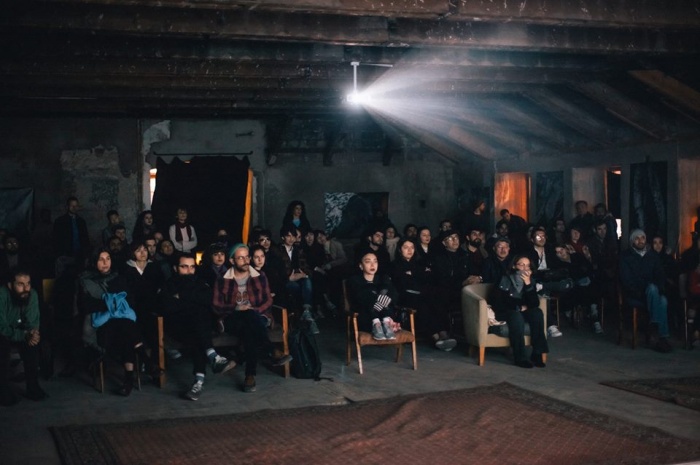 The educational purpose regarding feminism, LGBTIQ+ and other social issues is a matter of principle for Salaam Cinema’s program. Another defining feature is the inclusivity of the space, which has been emphasized many times by its organizers. It is an attempt to disrupt the traditions embedded in Azerbaijan’s patriarchal society, where the majority of public institutions are exclusively male environments, where girls are discouraged or even banned from returning home after dark, not to mention the threats to members of the LGBTIQ+ community. 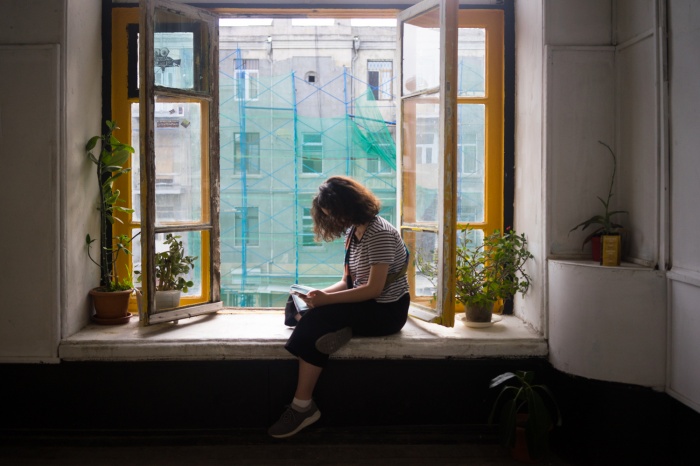 Today, the second floor of the Salaam Cinema has a big hall for film screenings and events, two gallery halls, an office and a small bar. The first floor was to become a tea house, and in the yard, which used to serve as a parking lot, the new tenants already started to construct a playground. In early May, the owner’s representatives announced that the building would be destroyed and demanded to vacate the property; but since it came back to life and turned into a cultural center, the place became valuable for many city residents, activists and artists. Preventing workers from knocking down the building, Salaam Cinema continues to stay there, taking shifts every night, maintaining its functioning and inviting people to cultural events. In addition, Salaam Cinema collected signatures and submitted requests to responsible government agencies demanding that the building is recognized as a protected landmark. This would keep it safe from destruction. 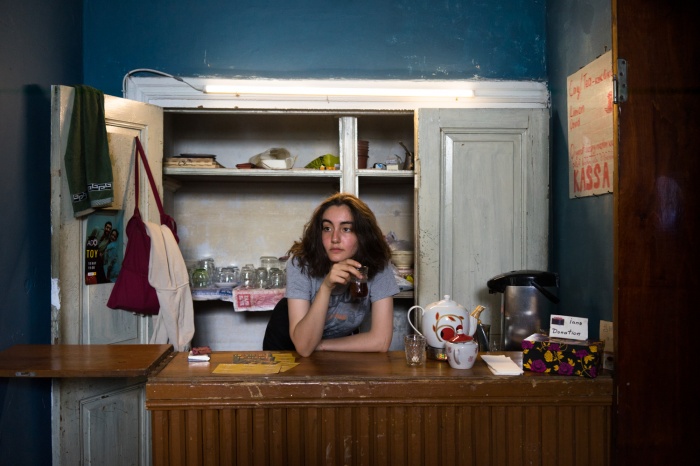 “The city barely has any non-commercialized public spaces where you could come for free to read a book or meet with your friends, to organize your event. We also wanted people to feel safe here, regardless of their gender or class. We have musical instruments, so musicians often come to practice here. There’s always someone here,” says a co-founder of Salaam Cinema, filmmaker Leyli Gafarova. 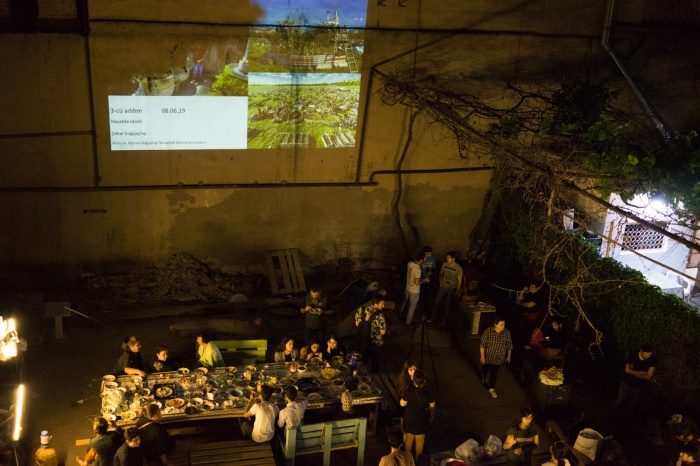 In May, Salaam Cinema hosted the IN-VISIBLE festival, focused on the topic of equality, feminist issues and the queer culture. The film program included both feature films and documentaries from various years. For example, the film Silvana, known to Docudays UA visitors from our last year’s program, the Georgian film In Bloom about the life of two teenage girls in the early 1990s, and the story of a girl in the film Beauty and the Dogs who was a victim of rape and fought for her right to an investigation in the post-revolutionary Tunisia. The festival opened with the Dutch film Girl about a 15-year-old trandgender girl who wants to realize her two dreams: to become a ballerina and to feel comfortable in her own body. 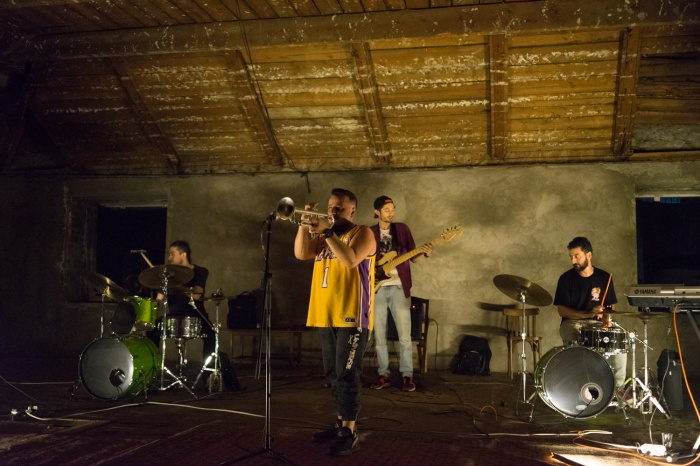 In addition to film screenings, theatre plays, discussions and lectures by local experts, IN-VISIBLE presented a collective exhibition Women with Mustaches, Men without Beards, whose title was borrowed from a book by the Iranian historian and gender theorist Afsaneh Najmabadi. A short video where two young men wearing traditional clothing are hugging in the woods. The artwork titled Behind “Ğ” by Isa Shamarli, the founder of the first LGBT organization in Azerbaijan, hints at the historical presence and embeddedness of homosexuality in the Azerbaijani culture. The Ghilman project by Salaam Cinema’s founders Ilkin Huseynov and Leyli Gafarova presents portraits of young men who, according to the traditions of their village of Gazakh, dress in women’s clothing every year to celebrate Novruz. The title of the photo series, Ghilman, translates from Farsi as “paradisiacal, beautiful, young beardless men” and refers to the theory of the Dutch philosopher Michiel Leezenberg about the “silent power” of the Islamic world, represented not as active, political, revolutionarily brutal, but as mysterious, tolerant, passive. This points at the primal tolerance of the pre-modern, classic Islam in the matters of love and gender identity. 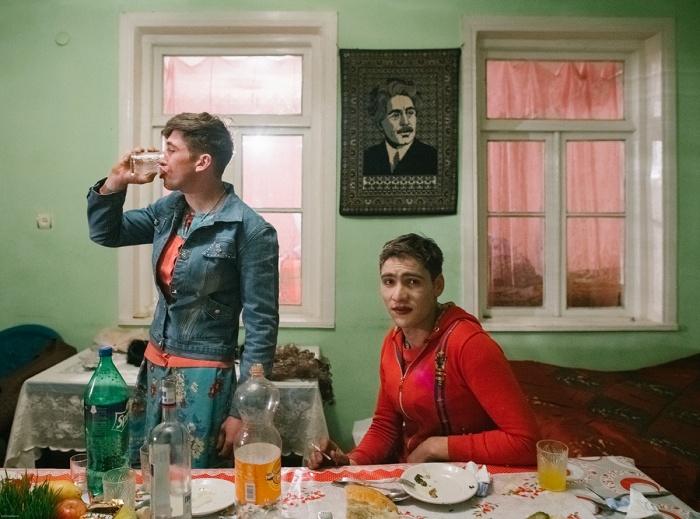 From 'Ghilman' project by Ilkin Huseynov and Leyli Gafarova

In late May, Salaam Cinema also screened a series of city-focused Ukrainian short films. The series included the films Tsvetayeva and Mayakovsky (Streets) by Polina Moshenska, The Pink Map by Elias Parvulesco, and two films by Oleksiy Radynski, Landslide and Facade Color: Blue. The latter’s story especially resonates with the urban processes in Baku, up to the literally identical and absurd arguments by investors, phrases and comments such as “If you have your own apartment, you’re not asking those who built it if you can make changes.” It seems that we do not just share the common Soviet past with Azerbaijan, we also share the contemporary language that formed under the influence of the social processes over the past 30 years. However, it is also the language of criticism and activism, which often becomes a choice you cannot unmake, and the language of solidarity where you find kindred spirits and friends.