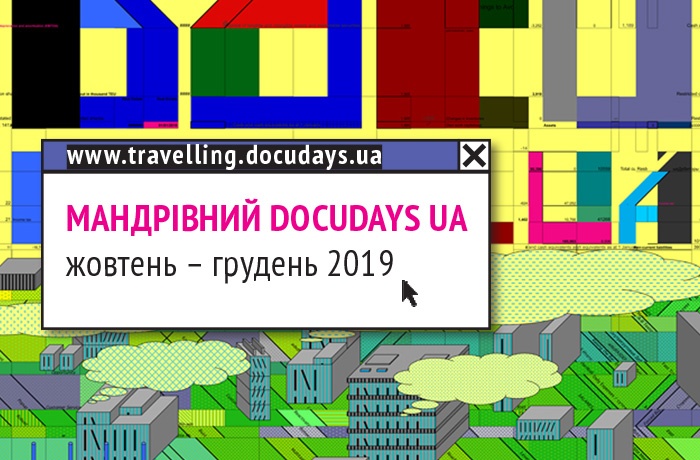 The platforms for film screenings and discussions will include cinemas, houses of culture, schools and higher education institutions, film clubs and creative spaces, bookstores, libraries, and institutions of the penitentiary system. An important component of the events are discussions, where audience members will have a chance to talk to film directors, invited human rights advocates, cultural figures. By asking “Allow the app to alter your consciousness?”, this year’s Festival contemplates how our everyday lives, habits and ways of communication have changed since the development of digital technology, which new opportunities it opens for our exploration of reality, and what kind of threats related to control and information security are hidden in the digital network.

THE NETWORK programme is a kind of screenshot of the virtual present. The film Bellingcat: Truth in a Post-Truth World by Hans Pool studies the work of the international team of investigative journalists known as Bellingcat. They solve high-profile cases by finding the necessary evidence in the boundless depths of the Internet, looking for truth among fake news and contradictory facts. The Cleaners invites us into the world of online censorship, which is outsourced by the major players, such as Google, Facebook or Twitter, to workers in the Philippines. The film Sakawa introduces us to online fraudsters from Ghana who go as far as to apply black magic. 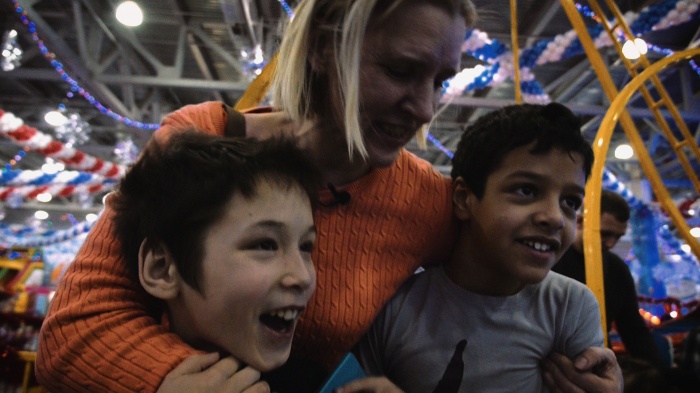 The DOCU/WORLD international competition will be represented at the Travelling Festival by five films. These will include the film White Mama, which won a special mention and the audience award at the Docudays UA 2019. The film Before Father Gets Back tells the story of girls who live in a remote Georgian village infested by radicalism. In the film I Grew Up As You Slept, we find ourselves in a remote area of Belarus together with the young Karolina, who has lived and worked in Western Europe for a long time now. For her, this is a homecoming to her grandma and her friends from the music school, while for the director Marcin Sauter, this is an opportunity to study nostalgia and longing for childhood. The film The Way to the Mountains by the Italian filmmaker Micol Roubini grows out of her trip to a village in Zakarpattia and her search for the house where her grandfather was born. The protagonists of the film When Lambs Become Lions are elephant hunters from a poor Kenyan town. In their opinion, defenders of the wild nature value elephant live higher than human lives. And the protagonists are prepared to be arrested, morally condemned by society, even to die in order to feed their families. 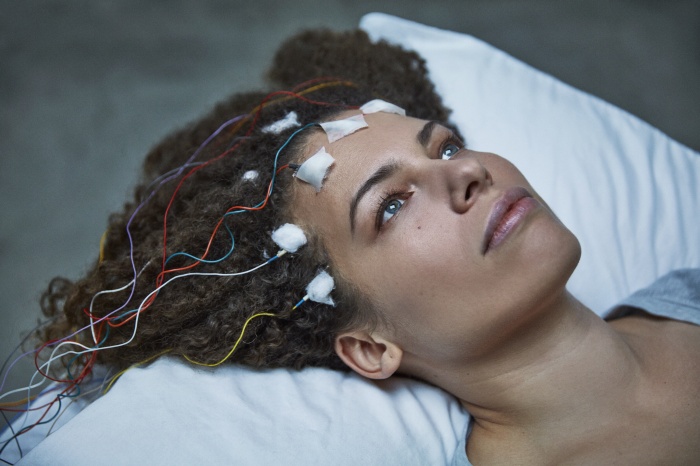 The project CHANGE IT! Impact Lab for Activists and Documentary Filmmakers presents resonant documentaries and video lectures about high-profile social campaigns provoked by these films. Minding the Gap, Bing Liu’s debut as a director, which was nominated for the Academy Awards, follows the lives of high school friends who love skateboarding in an industrial American town. It captures the abruptness of their adulthood, with its dead-end jobs, babies, and reflections on what it actually means to be a man. A Harvard student Jennifer Brea is getting ready for the wedding of her dreams when suddenly her body starts failing her. In her sensitive personal documentary Unrest, Jennifer captures the darkest moments of her struggle with chronic fatigue syndrome. She also speaks about other people suffering from the syndrome and calls on society to reconsider established stereotypes and start looking for ways to help people with this illness which affects millions. The investigative film Death by Design, directed by Sue Williams, uncovers the hidden processes of the electronics industry and proves that even the smallest gadgets have deadly consequences for the environment and health. 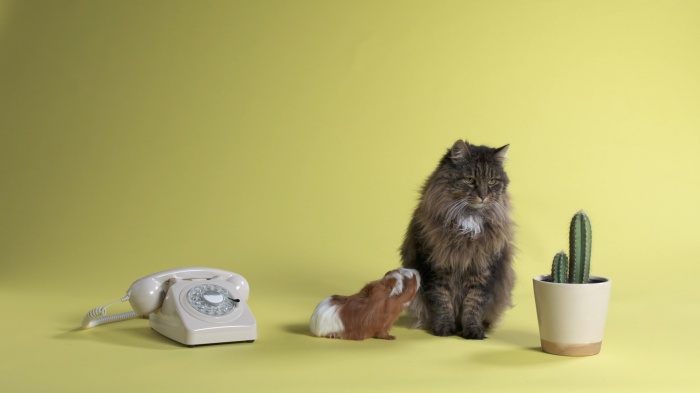 The DOCU/YOUNG programme reflects on how digital technology is changing society in the 21st century. The world of children and teenagers is full of questions and quests: exploring your sexuality, determining what you love to do, and sometimes fighting for the right to dedicate your life to your dream work. Girl Against Gravity tells the story of the 11-year-old Erdenchimeg who is fighting for her dream to become a contortionist, like many famous Mongolian acrobats. In My Room presents intimate online confessions by amateur vloggers, unravelling their life stories and allowing us to follow the changes and transformations teens come across on their path to adulthood. Children have so much to say if adults ever afforded themselves the luxury of listening – and this is where the film Listen strikes its chord. 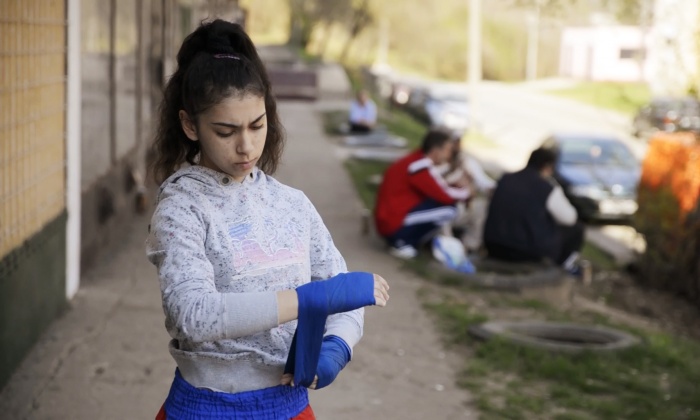 The DOCU/SHORT selection presents short films about important things. The film In Between paints a portrait of families which, by economic necessity, need to live almost all of their lives separated, in cultures not their own. The thorny path of a young Roma girl from a countryside gym to a prestigious boxing tournament is described in the film Champion. The ritual nature of Hrobky (the Memorial Day) is captured by the film that received an award at Docudays UA 2019, Above the Styx. The protagonists of the film Hamama & Caluna are refugees who have ended up stranded in a camp in northern Italy. One day, Hamama and Caluna decide to cross the border into Switzerland under cover of darkness by going over the Alps. We learn about controversial attitudes to the problem of refugees through daily life in a Munich suburb in the film Biotope. 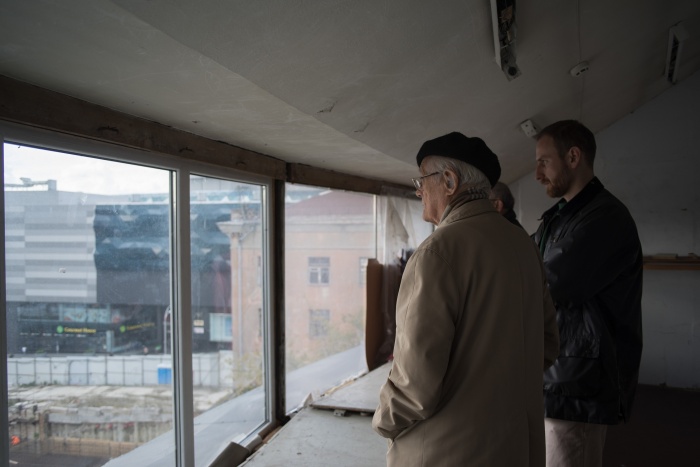 CIVIL PITCH: Civil Activism Films is a unique project for Ukraine, where filmmakers and activists of the civil sector united to create documentary films that aim to create changes in society. Serhiy Chaharov, the protagonist of the film Shut the Fuck Up!, has fought against corruption in his home village since he was 15 years old. The activist receives threats and is advised to “stay away from adult business”, and one night, an explosive device is placed in his yard. The film by Oleksiy Radynski Facade Colour: Blue follows the Ukrainian artist and architect Florian Yuriev as he begins to fight for his unique architectural project, the famous “Flying Saucer” in Kyiv. The protagonists of the film No Status. Ukraine, the Russian activist Alexey and a journalist from Kyrgyzstan with her three children, were seeking freedom and safety in Ukraine, facing bureaucracy and indifference of officials on their path. 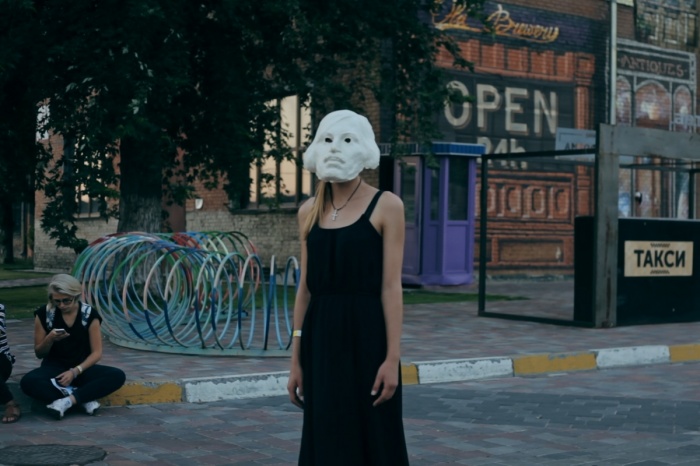 Stories from different corners of Ukraine or a cross-section of Ukrainian reality will be presented in the NATIONAL GEOGRAPHIES programme. The birth of art, behind-the-scenes and everyday life of a theatre are shown in the film Gogol Doc. Traditional songs were powerful collective meditations that accompanied people from birth to death. Two women with very different lives, united by their shared name and their deep love of song, are the protagonists of the film Lifelong Songs. The film His Bastille tells the story of a man in the occupied Donetsk who tries to remember and find himself under shelling. Piotr Armianovski proposes a literary analogy in his film Black Cleaning, by combining the novel The Black Council by Panteleimon Kulish, which describes discord in the Cossack democracy, with newsreel footage of a “Saturday cleaning,” when in the summer of 2014 people dismantled tents and barricades in Maidan: with “Lenin-style” participation by the mayor Vitaliy Klychko, accompanied by the noise of quarrels, songs, chants, applause and burning tires. 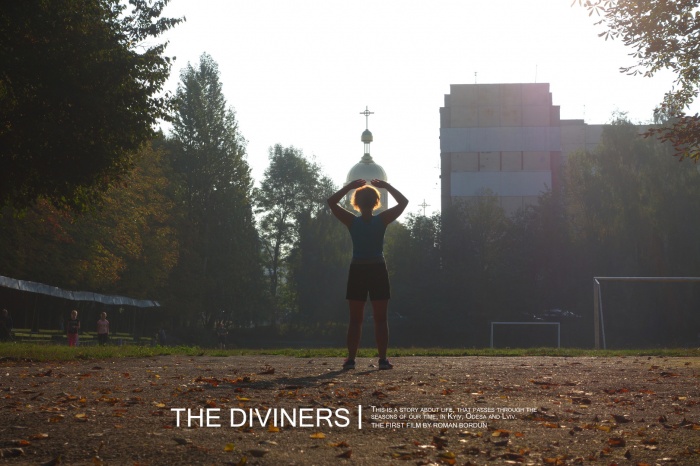 The national competition will be represented at the Travelling Docudays UA by Roman Bordun’s film The Diviners, a kaleidoscope which features all of us: the righteous, the merciless, the funny, the naïve, and most of all, the honest. Our reality is multi-layered, unvarnished, deprived of unambiguous interpretations of good and evil, humanity and cruelty, charity and indifference. The struggle of young activists for the privatized cinema Zvezda in Belgrade is captured in the film Occupied Cinema, which analyzes the protest movement from the inside, its risks and contradictions, burnout among the activists. 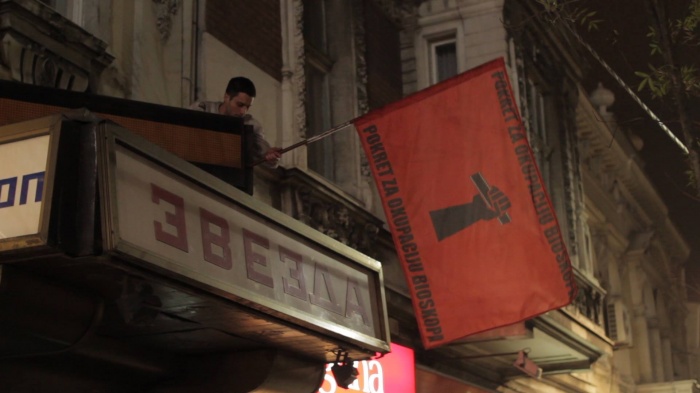 The human rights component is represented by the National Ukrainian Campaign Against Cyberbullying, whose purpose is to reduce cyberbullying by informing the society and advocating for amendments to the government policy in the sphere of human rights. We have also planned lectures and discussion platforms to speak about the practice of protecting digital rights. The Travelling Festival’s program will include the film Bully by Lee Hirsch, a winner of Sundance and Emmy awards. The film brings human scale to startling statistics, offering an intimate, unflinching look at how bullying has touched five kids and their families.

The Festival’s partners in Ukrainian regions are 47 youth and human rights organizations and 217 Human Rights Media Education Film Clubs of Docudays UA. You can find more about the programme of regional screenings at the official website of the Travelling Festival Docudays UA – travelling.docudays.ua.