Xosé-Ramón “Mon” Rivas: “I do not think we can talk about a ‘school’ of Scottish cinema” 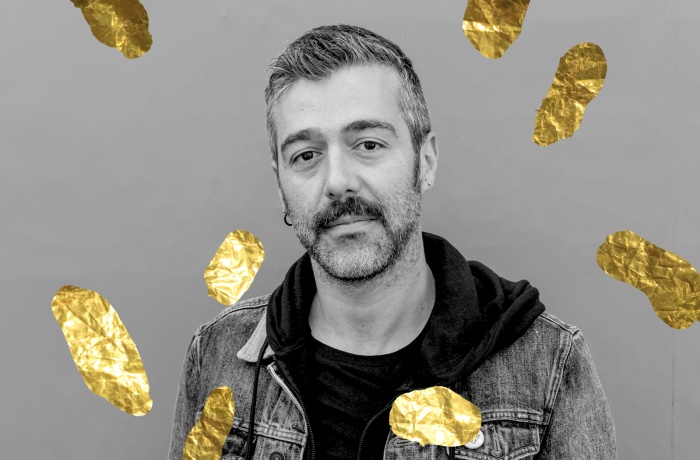 FINDING: SCOTLAND IN FOCUS is this year’s Docudays UA special programme. It explores and reinvents a cinema which is fighting its own way through the shadows of the influencial British cinema art. We discussed the peculiarities and issues of Scottish documentaries and the criteria for selecting the films for this programme with Xosé-Ramón “Mon” Rivas, a jury member and co-curator of the FINDING: SCOTLAND IN FOCUS section.

You are co-curator of the Scottish Documentary Film Programme. What was important in the selection?

When discussing the programme with the Docudays UA team, we were interested in films that were able to portrait life in Scotland, both in rural and urban spaces, and which also covered a wide age range of protagonists. In this sense, the films selected make a diverse kaleidoscope of stories giving voice to young new talent, as well as reviewing master directors such as the pioneer Margaret Tait.

What criteria in the selection of films in general do you define for yourself, as an independent programmer?

First of all, I trust my taste. I am part of the audience too, so I really rely upon my reaction to a film in the first instance. For me ‘genre’ is not really something important at the time of programming. I like films that blur the lines between fact and fiction, that are complex, leaving the audience to wonder if what they have seen on screen is actually real or not. It is also very important to know the audience for whom you are programming, if they are receptive to experimentation or not.

I try to cover diverse topics and different geographic areas of the world, but avoiding conventional approaches like ‘talking heads’ and those closer to investigative journalism. I like films that are creative and cinematic, that are suitable for the big screen experience, and above all, that are challenging, with strong stories and strong characters. I also tend to prioritise films that are hard to find on the commercial exhibition circuit, and those from new and emerging filmmakers who give voice to characters and stories which are underrepresented in our cinemas and festivals.

How can you characterise the Scottish documentary? What interests authors of this direction?

Well, the discussion about national cinema is quite complex to summarise here. I don’t really believe we can find characteristics that are common to filmmakers across Scotland, but I do feel that there are some topics shared by those who work on the Scottish filmmaking sector, and it is something related to the land, the connection to the countryside, nature.

The DOCUDAYS UA program has a lot of Scottish social cinema, with a serious tone. How has the tradition of such socially critical cinema developed?

There are historical and political reasons behind that aspect of Scottish cinema. Scotland is a forward-thinking country, but one that has always been in the shadow of the bigger and more influential neighbour which is England. In this aspect, many collisions have happened that have shaped Scotland as a combative country, fighting continuously for its appropriate place within the United Kingdom from a perspective of social justice and equality. We have to only look at one of the most renowned Scottish drama screenwriters, Paul Laverty (a screenwriter best known for his screenplays for films directed by Ken Loach – ed.), to understand what I am saying.

Is it correct to talk about a ‘school’ of Scottish cinema? Are there any associations among the filmmakers?

I do not think we can talk about a ‘school’ of Scottish cinema. The film industry in Scotland is not stable and the number of productions is low. In the independent sector, there are a number of successful filmmakers working on more experimental or arty films, but overall it lacks a broader commercial success. There is also a limited infrastructure, and the talent tends to move to other centralised areas such as London.

But in all this context there is an initiative working in the documentary field that is changing the rules for local filmmaking, and this is the Scottish Documentary Institute. Established in 2004 in Edinburgh, it defines itself as a ‘hub for filmmakers with an international reputation for producing innovative documentary’. With many areas of work around documentary films, I believe that the Bridging the Gap training programme is actually changing the look of Scottish documentaries with regard to nurturing new talent. It is also worth noting the fact that the team behind and their projects have a strong female component, which is actually appreciated!

What are the sources of finance for Scottish cinema?

The money coming from the National Lottery is of course one of the main sources for financing British cinema in general, which is distributed in Scotland via the Creative Scotland agency. Other sources of funding are the BFI, the Film Production Tax Relief, or broadcasters such as the BBC or Film4.

How will Scottish documentary survive Brexit? What will change for it?

Well, this is still a page to be written. Everything around Brexit will have a negative impact on the industry. I believe it will impact distribution, artists’ travel and so on, but perhaps let’s wait a bit as we will see the answers very soon, unfortunately!