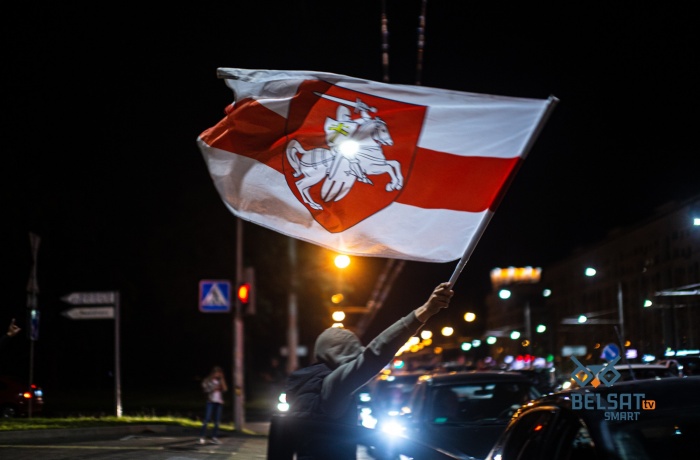 Docudays UA joins the appeal by members of the Civic Solidarity Platform. We are publishing the text of the appeal.

The undersigned organisations, members of the Civic Solidarity Platform, express their shock and outrage about the way the 9 August presidential elections in Belarus have been manipulated by the government.

We support peaceful protests of Belarusians against this flagrant violation of standards for the conduct of elections agreed in the OSCE. We strongly denounce disproportionate and excessive use of violence by security forces and mass detention of several thousand of protest participants across the country.

The weeks preceding the election day have been marred by systemic and systematic violations of fundamental rights and freedoms. This created no conditions for free and fair elections according to international standards. We have witnessed independent candidates illegally disqualified from running in elections. Several candidates, their supporters, and others questioning the current government policies were persecuted through penal and administrative means, and their freedom of expression was severely limited. According to Belarusian human rights organisations, 26 political prisoners were held in detention in the run-up to the elections. Independent domestic observation of the elections has been thwarted under false pretexts, and many independent observers were illegally detained. International election observation, including by the OSCE, was blocked by the authorities. journalists Media coverage was severely restricted.

On the election day, the few independent election observers who were present at the polling stations, as well as journalists and civic activists, have reported mass falsifications. A number of foreign journalists were detained and taken to the police stations due to lacking accreditation which most of them applied for in a timely manner but received rejections. Internet and mobile connection in the country was poor since early morning of the election day and most of social media and independent news sites were blocked. By the evening, military vehicles arrived in Minsk and public transport was shut down. After the preliminary official results were announced in the evening, mass peaceful protests started in the city centres in Minsk, Brest, Mogilev and dozens of other cities across the country. Witnesses reported brutal assaults of the protestors by the riot police. They used water cannons, flash grenades, rubber bullets, tear gas, and brutal force against the protestors. Dozens of injured protesters are in hospitals; several are in critical conditions. According to the official data, at least three thousand protestors have been detained. We consider disproportionate and brutal use of force and detention of protestors illegal.

Given the developments in the run-up to the elections and on the election day, we consider these elections the most violent and non-transparent in the modern history of Belarus. Official results of the elections cannot be considered reflecting the true will of Belarusian people.

We demand that the Belarusian authorities:

We call on the international community, and in particular other OSCE participating States: