Watch The Brink in November at DOCUSPACE 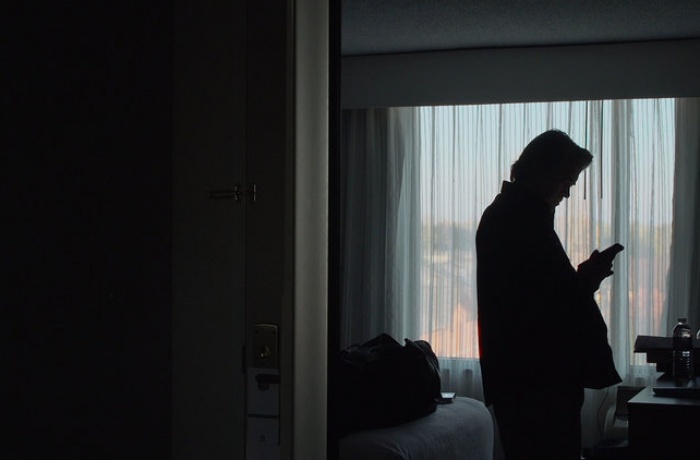 On 3 November, the US will hold its presidential election. As the campaign is going on, the DOCUSPACE online cinema offers you to watch the American documentary The Brink by Alison Klayman. The film is available to watch in the Ukrainian territory all November.

The Brink is about Steve Bannon, a notorious figure in Trump’s inner circle who brought a far-right ideology into the highest echelons of American politics. Bannon left his position as White House chief strategist less than a week after the Unite the Right rally in August 2017. Unconstrained by an official post, he became free to peddle his influence, turning his controversial brand of nationalism into a global movement. The film follows Bannon, shedding light on his efforts to mobilise and unify far-right parties in order to win seats in the 2019 European Parliamentary elections. A keen manipulator of the press and a gifted self-promoter, Bannon continues to draw headlines and protests wherever he goes, feeding the powerful myth on which his survival relies.

Michael Schur, a Ukrainian TV host, journalist, the founder of Toronto Television and the ambassador of the fourth film season on DOCUSPACE, shares his thoughts about the film:

“It’s easy to convince a person. Especially if it’s done by a professional. And even more so if he’s nice, handsome, funny and smart. You can always find arguments in favor of something. Even if the idea in question is hate, discord, confrontation and war. The Brink is a film about persuasiveness and accessibility, about the pretend simplicity of an idea that seeks to destroy the state of things in the world.”

We will learn about the boundary between the freedom of speech and populism and about why we always elect “the wrong people” during the accompanying online discussions which will be streamed on docuspace.org, as well as on the Festival’s Facebook and YouTube pages.

RIGHTS NOW! Is there a limit to populism and why do we elect “the wrong people”?

How can we learn to notice populism in the rhetoric of politicians and candidates for elected office? How can civil society influence the fulfillment of promises made in political platforms? And how is our political awareness and critical thinking related to human rights? We will learn about this at a discussion with Oleksandra Matviychuk, a human rights advocate and the chairwoman of the board of the Center for Civil Liberties NGO, and Pavlo Klimkin, the head of the Ukrainian Ministry of Foreign Affairs in 2014–2019.

Where is the line between freedom of speech and dangerous populism? What kind of threats do radicalism and ideological manipulations pose for the democratic world? Who is Steve Bannon, the infamous popularizer of far-right ideology who managed Donald Trump’s election campaign and later helped consolidate the far-right movements in Europe? How did he become an influential figure in the European political scene after resigning from the US President’s Administration? Natalia Humeniuk, a journalist and the founder of the Social Interest Journalism Lab who is currently in the United States monitoring the election race, and Maksym Butkevych, a human rights advocate, journalist and No Borders project coordinator, will discuss The Brink by Alison Klayman and discuss how words and skilled self-promotion can become a dangerous weapon.