What awards will the winners of the Ukrainian Doc Preview receive? 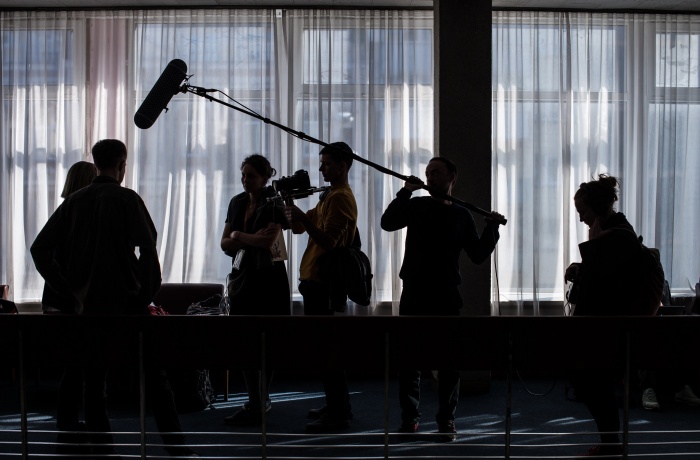 The call for applications for the Ukrainian Doc Preview, a presentation of Ukrainian feature-length documentary projects at the stage of production/post-production, is open until 22 February. This year, the event has become possible thanks to cooperation between the Ukrainian Institute and Docudays UA. The showcase is also supported by the European Women’s Audiovisual Network (EWA Network), the Documentary Association of Europe (DAE), Sunny Side of the Doc, Current Time and the Institute of Documentary Film (IDF), KINO42, Pitch the Doc. During the showcase, the participants of the Ukrainian Doc Preview will compete for a prize of $2000 from Current Time, for East Silver Caravan distribution and other awards from the event partners.

Ukrainian Doc Preview is a remarkable opportunity to receive feedback about the international potential of your film and to establish useful contacts with representatives of the global industry.

For the fourth year in a row, the festival has worked with the independent platform Current Time (USA), which will also support one of the Ukrainian Doc Preview projects this year. Its executive director, Kenan Aliyev, will choose the winner and award them a prize of $2000 for film post-production.

“In my vision, the Ukrainian documentary cinema is going through a period of renaissance,” notes Natalia Arshavskaya, a Commissioning Editor at Current Time TV. “Events that have been tormenting the country in the past years have given Ukrainian filmmakers new energy to produce very relevant and important films on subjects not necessarily related to the recent events, but with a high artistic value. It’s very interesting to observe this process and to support it.”

The winners of the Ukrainian Doc Preview will have an opportunity to receive other awards as well. The Documentary Association of Europe (DAE, Germany) will award one of the projects an opportunity to become a one-year member of the Association and to receive consultations from film industry professionals. Pitch the Doc Award will provide dedicated curation and support in building international recognition. The presented films will also compete for the East Silver Caravan Award from the Institute of Documentary Film (Czech Republic): support for film distribution at international film festivals for a year.

“It is hard not to notice the rise of the Ukrainian documentary cinema that is happening for some time now. It is not just the stellar success of last year's Sundance winner, The Earth Is Blue as an Orange by Iryna Tsilyk,” asserts Zdenek Blaha, the programme director of the Institute of Documentary Film. “There are other great films coming from Ukraine recently. Either the deeply touching war stories in films like No Obvious Signs by Alina Gorlova, the social and family dramas captured in docs like Home Games by Alisa Kovalenko, or a warm look on an ordinary life in Heat Singers by Nadia Parfan are just the top of the iceberg that is emerging from Ukrainian cinema right now. And more are coming with new projects that are already very promising, like Roma by Olha Zhurba. It is definitely a sign that there is a lot happening in the contemporary Ukrainian cinema worth your attention.”

The female participants of the Ukrainian Doc Preview will also be able to receive two annual memberships in the EWA Network (France). KINO42, an independent cozy cinema located on Podil, will grant an opportunity for one of the participating projects to review the rough-cut in their cinema hall. And Sunny Side of the Doc (France), one of the largest international markets, will award accreditation which will give its holder an opportunity to establish partnerships with major broadcasters, distributors and producers from across the world.

The DOCU/PRO Industry Platform events at 18 Docudays UA take place in cooperation with the Ukrainian Institute and with the support of the Embassy of Sweden, and the Ukrainian Cultural Foundation.