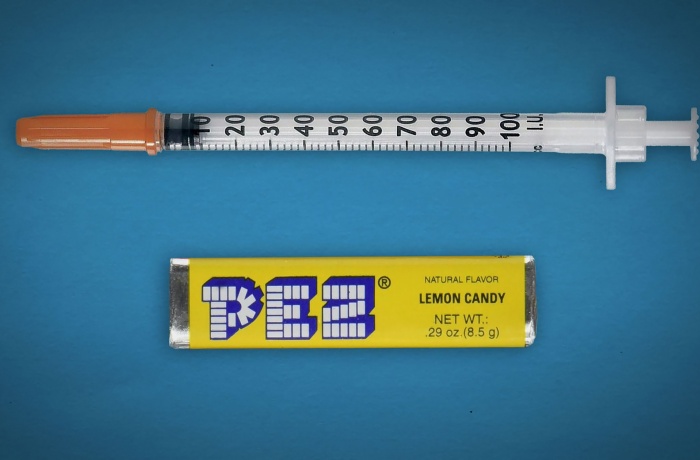 We’re testing the limits of documentary filmmaking together with the Linoleum Contemporary Animation and Media Art Festival in our documentary animation programme. Linoleum presents programme is curated by Anastasia Verlinska, the Linoleum festival programme director, and Yuliia Kuznietsova, Linoleum festival curator. Anastasia Verlinska, writes about the phenomenon of ‘docanimation’ and about two components of the programme: Who are ‘the healthy’? and Daddycatted.

“Animation and documentary make an odd couple.” This phrase opens the study by the British film critic Annabelle Honess Roe, dedicated to the phenomenon called ‘docanimation’ or ‘anidoc.’ The theoretical framework for this hybrid genre is indeed difficult to establish. Although in practice, works that have the characteristics of both animation and documentary have been created for over a hundred years. The first film of this kind is believed to be The Sinking of the Lusitania by Winsor McCay (1918), a reconstruction of a maritime disaster which determined the US joining World War I, drawn on celluloid film. There is no real footage of the disaster. The animation, which was striking for its time, was also presented in a surprisingly manipulative manner. From the first titles, it promised to provide “a historical record of the crime that shocked Humanity.”

Animation’s ability to depict what (was) impossible to film made it indispensable for documentary filmmaking at various points in time. It illustrated scientific concepts, technological processes, recreated memories or revived the deceased on screen. But what is especially valuable about animation is its ability to show something which is impossible to see at all.

Linoleum presents: Who are ‘the healthy’?

Animation is capable of telling the stories of various mental states in a freer way than films captured on camera. These are the stories collected in the Who are ‘the healthy’? programme.

“Don’t be sad, it’s all in your head,” says a doctor to the protagonist of Shadowlands, who is followed by ominous black birds every second. This autobiographical animation recounts an anxiety disorder from the perspective of someone who is experiencing it alone, and who only gets drug prescriptions from medical professionals instead of effective help. The issue of medicalization is considered even more critically by the author of Candy Shop, Patrick Smith. In a quick stop motion sequence, he combines photos of pills, candy and money. The starting point for the contemplation of the impact of the pharmaceutical industry on society was the animator’s personal loss: he found the first hundred pills for the film as he was sorting through his mother’s belongings after her death.

Animation can save documentary filmmakers from an ethical dilemma while working with sensitive topics. Blue Light by Harriet Francis Croucher protected the anonymity of rescue service workers with PTSD. The focus is on the experiences of the people interviewed by the author, embodied in watercolor and pastel drawings with accurate visual images. The protagonists’ anonymity is also protected in the eerie film Just A Guyby Shoko Hara. The animation tells the stories of women who corresponded with the serial killer Richard Ramirez when he was already in prison. The only identified addressee is the author herself, who tries to explore the phenomenon of a killer turned pop icon.

A completely different image, audience friendly and humanistic, is created in Mild Madness, Lasting Lunacy, a film which combines the everyday life of different mental facilities in a single narrative. The use of animation here reduced the focus on the physical signs of mental disorders, allowing us to see a childlike naivety and vulnerability in the patients.

Animation is unavoidable when it comes to virtual communities. In Swatted, an essay about bullying and cruel pranks in the world of game streaming, the gamers’ traumatic experiences rhymes with the 3D spaces of a video game deconstructed on the screen.

Overcoming the limits of the reality we are used to, animated documentary allows for boundless freedom of creative expression and reveals stories which are barely visible for other genres. Including memories of one’s father, which are impossible to film, but which can be reconstructed and reflected upon.

Who is the father? Someone who gave us half of his DNA? A strict, hairy creature who smells of tobacco and tiredness? Or the wisest advisor and the most tender comforter in our lives?

Until recently, parenting was mostly associated exclusively with the woman’s role. The mother is the original reason why we are in this world. The mother is the first one to feed us. The mother is our first teacher. The father, meanwhile, was often on the margins not only of the family as a social institution, but also of the child’s awareness and life.

However, the gradual emancipation of women in the twentieth century and the destruction of the traditional family have changed the perspective considerably. The woman was gaining more and more autonomy which allowed her to reject the husband-father-breadwinner as a necessity in the family and to embody both normative gender roles in herself. On the other hand, over time, as society changed, the value of fatherhood increased for men themselves.

Now, in the time of great turbulence, fatherhood requires additional thinking and even rethinking by society, children, wives, and by fathers themselves. Not all of the films in this programme are about good fathers, but they all deserve our attention.

You will have a chance to watch the programme at Zhovten Cinema and the DOCUSPACE online cinema.