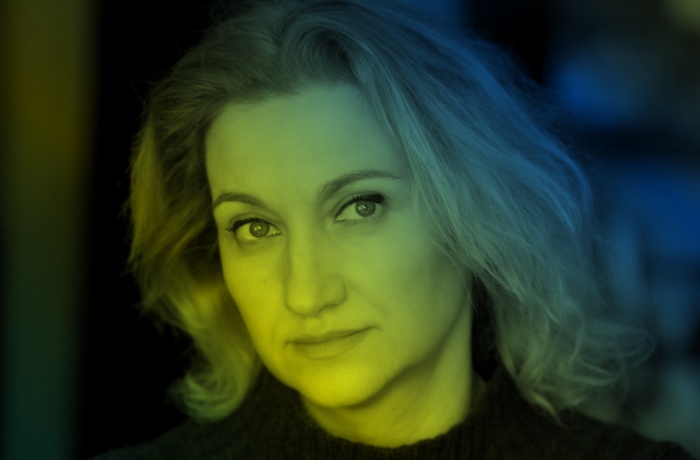 How did you find your protagonists?

I got the idea for the film in 2014, when I realized how many people are prepared to sacrifice their lives for the sake of Ukraine’s independence and freedom. It struck me, and I wanted to find out what environment these brave people live and work in and how they live.

During my research, a friend of mine introduced me to the Malkovych family. I understood right away that they were my protagonists. Their sincerity and outward simplicity of their way of life won me over. I would call it tenderness which manifests in the relations between adults and children, in their love for work and land, in the beautiful nature that surrounds them. Even in the way they hid their pain. Against this background, I could glimpse the steel backbone in these people, the dramatic nature of the events which had already happened and which were about to happen. And this contrast was what I was exploring.

How long did you observe their lives?

It took five years of filming. Little Vasylko (one of the film’s characters. Ed.) couldn’t even talk when I started filming. I observed the family’s everyday life, shared the difficult rural lifestyle with them. And these scenes of hard labor, reflection, leisure, communication with children intertwined and combined into the universal human experience of the continuity of existence.

Calm and peace as an environment, and the tension of war within it which appears like a predatory animal. This has already happened in ancient times. People live, grow food, raise children. Then a horde that wants to destroy it all comes, and people have to fight. Today is just such a moment in our history when the enemy is at our door again, trying to sow destruction again.

Truth in general is very quiet and shy. Propaganda shouts loudly, attracts attention, but truth speaks very quietly at first, and they cries with the voices of women and children when they are bombed, killed, raped. Even if the grandchildren of Dmytro and Hannusia, the film’s protagonists, are growing up in a peaceful environment, they feel the pain of war, ask difficult questions of the adults and give answers to them by themselves. The thoughts they convey are very simple but so accurate. 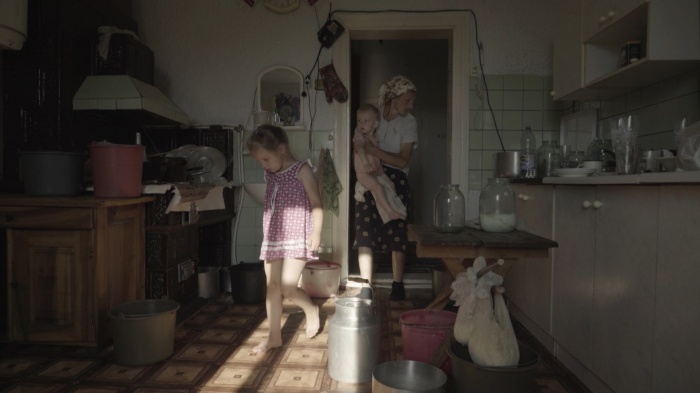 Which method of working with the protagonists did you choose while working on the film? Did you observe them or maybe provoked them to do some kind of action?

The atmosphere in the family was so self-sufficient, holistic, that it didn’t even occur to me to provoke. Generally that’s not my method, even though I don’t reject it. In theory, it wouldn’t even work in this situation, because the protagonists are very holistic. It was nice to observe their life, I didn’t even want to interrupt that flow. My wish was to get immersed in it and watch the characters, which is what I did. Life was writing the script. If something was introduced artificially, it would ruin everything.

What was the role of Serhiy Bukovsky, the creative producer, in your film?

This film started when I was studying at Bukovsky’s workshop. So Serhiy was involved from the very beginning. He was our tuning fork, and soon he joined the project as a creative producer.

In general, it’s important for me to rewatch the footage together with people whom I trust. Working on the film took almost six years. When you’re constantly immersed in the material, it’s hard to see it in a detached way. The palette of the shades of meaning becomes very subjective, and a creative producer protects you from it. Bukovsky is concise, sometimes he says a few phrases which reveal new connections. As I watched how he perceived the material, I understood whether I was on the right track.

In general, we have a great team—together with the producer, script editor, editor, sound director—because we’re on the same wavelength. 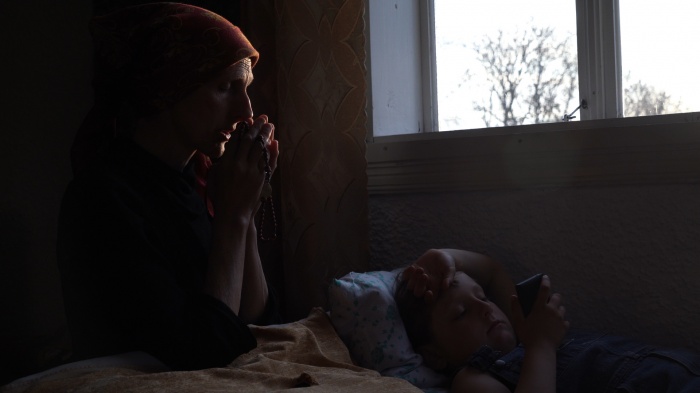 You put the most dramatic moments from the protagonists’ lives in the final credits. Why did you decide to do that in particular?

Yes, it’s a film on the verge, on the verge of war and peace, joy and sorrow, philosophy and naivety. I wanted the audience to be able to read the war between the lies of this beautiful world. That way it looks even more dramatic, I think. It encroaches on this, maybe not so perfect, but self-sufficient world, trying to destroy it both from the outside and from within. That’s the main drama for me. The tenderness of peace, the insidiousness of war.

The children articulate the main messages of the film. In their simple and naive way, they convey the essence, the nature of things, build causal connections. For instance, in her monologue, the little Annychka (a character in the film. Ed.) says, “Impolite people created the war, and polite people agreed to the war.” Who could put it any better?

What is the role of nature in your film?

The protagonists are organically connected to nature. They are inscribed in this environment, they are a part of it. The life of the Malkovyches depends on the annual cycles of nature. Periods of activity are followed by periods of quiet. It’s a special kind of breathing which concurs with the breathing of the film, intertwines the rhythms. 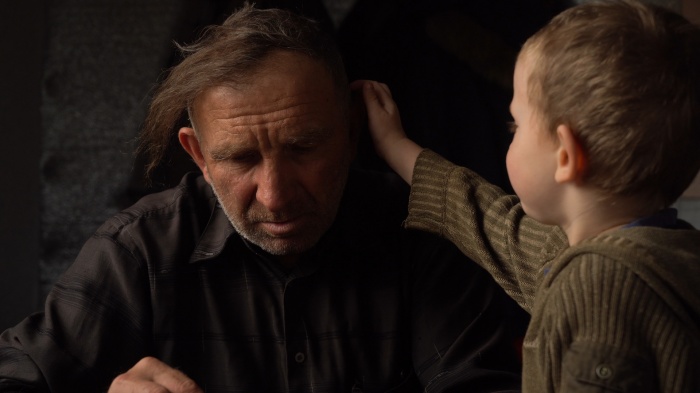 How did the protagonists of your film respond to the current socio-political situation in Ukraine?

The current war started by Russia is a result of the socio-political situation of the past 30 years. All this time, Dmytro has been fighting for the country’s independence: whether with the struggle on Maidan, or with his activism in the community, or with volunteer help at the frontline. Even now, he is in the warzone, helping the military. So basically, nothing changed. The conditions are harsher now: more pain, threats and victims, because it’s a hot stage of the war which Russia has been fighting against us for hundreds of years.

Stills from Plai. A Mountain Path