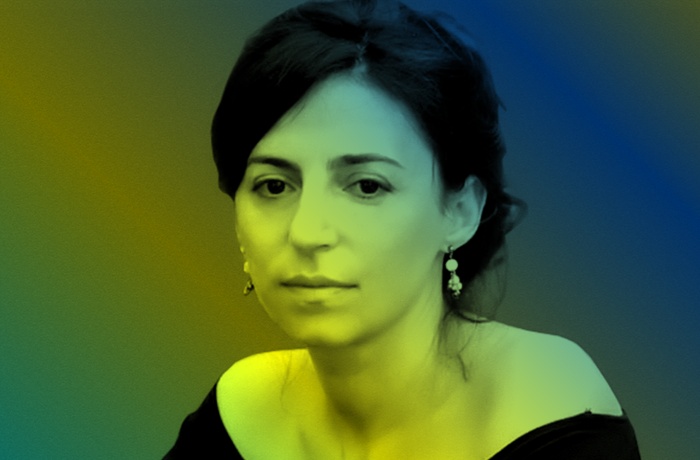 One of the films in the programme is Pryvoz by Eva Neymann, which documents the life of the eponymous market in Odesa. Film critic Aliona Penziy has talked to Eva Neymann about her work on the film and about the city’s main market before and during the war.

You are a prominent Ukrainian feature film director, what prompted you to make a documentary?

The point of the filming process in documentary film is to look for encounters with surprises. Filmmakers must realize the uniqueness of the moment and constantly be ready to improvise. And the film crew becomes a part of the reality they want to capture. It’s an opportunity to be introduced to the worlds which you wouldn’t encounter in regular life.

Feature films also have their own romantic aspect, but it’s at a different level. The difference between these two romanticisms is like the difference between a planned trip (with a hotel booking, tours, tickets, concerts and restaurants) and a “wild vacation” (barely any money, a weird concept of comfort, risk but also freedom, spontaneity and maximum adrenaline).

Would you say that the market in your film represents Odesa or even the entire region?

The thing is, since my student works, I’ve shot all of my films in Odesa. This city has special significance for me. And Pryvoz is, of course, its essence. At the same time, the vendors at the market aren’t always from Odesa: people bring their wares to Pryvoz from all the suburbs. So yes, you could say that Pryvoz represents the entire region.

How many people did you have in your film crew and how did you work with sound at such a difficult location?

Documentary filmmaking is a very intimate process where even one person can be too much. So the film crew was small: two, sometimes three people.

We all sometimes witness a certain situation, sometimes fragments of conversations we hear stay in our memory forever. But we try to be polite if we mishear something: usually we don’t ask people to repeat their words in order to avoid embarrassing them with excessive attention. A directed microphone is always inappropriate. A camera, strange as it may sound, is a more discreet tool: the camera person can stay at a distance which doesn’t make a person feel that we’re prying, even if they know that they are being looked at.

So my main goal was to be an accidental witness of scenes from life, not to film interviews. This approach made the sound recording process significantly more complicated. Actually, I still think it’s a miracle that the film even has sound. I’m so grateful for this to the sound editors and the high-quality post-production. 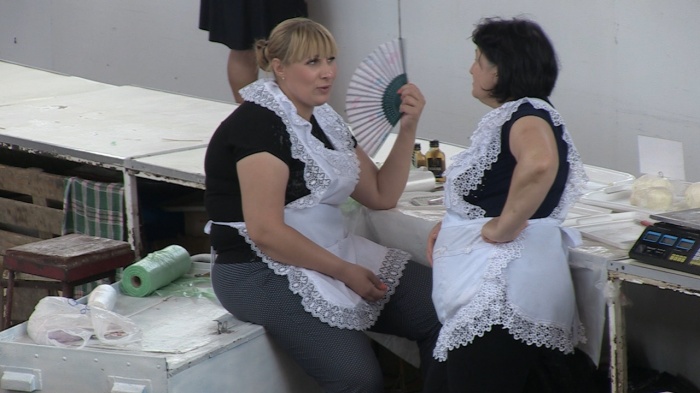 What was the principle you used to select characters for your film?

I filmed people whom I liked and found interesting. Some of them I’ve known for a while, others I met during the filming. Pryvoz has a lot of various beautiful people who capture your attention.

At which stage of working on the film did you develop an understanding of its form?

I really wanted to work at Pryvoz, but at the same time my main motive in working on this film was the desire to be happy for a while, to live a full life, to have enough of everything. I was prepared for sadness and joy, unrevealed secrets and other people’s dreams. All of this from dawn to dusk and from one summer until the next summer.

You could say that the film’s structure was born at the same time as the desire to make the film. But life is always richer than you can predict. So we had a lot to do during editing. 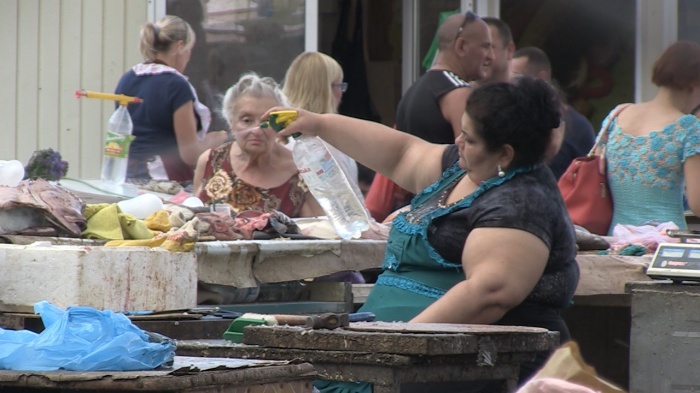 How long did it take for people at the market to get used to the presence of a film crew and stop reacting to you?

There are so many people at the market: some are selling eggs, some fish, the guard has a radio and I have a camera. I went there to work, just like everyone else. In general, people were very understanding of my work, and we worked together, as you do at a market.

But I remember one underwear vendor, his wares were hanging on a rope, and he was napping. As soon as he opened his eyes, he asked, “So you’re filming, right? Don’t you have anything to do?”

Do you monitor how the life of Pryvoz has changed in our time and whether its functions have changed in any way?

Today that is the saddest question. Pryvoz no longer exists in the form in which the film portrays it, because it’s been reconstructed. But still, it’s a special place with special energy.

Now, during the war, the market continues working. I really hope that soon I’ll be able to go there again and make sure that life is fuller than we assume.