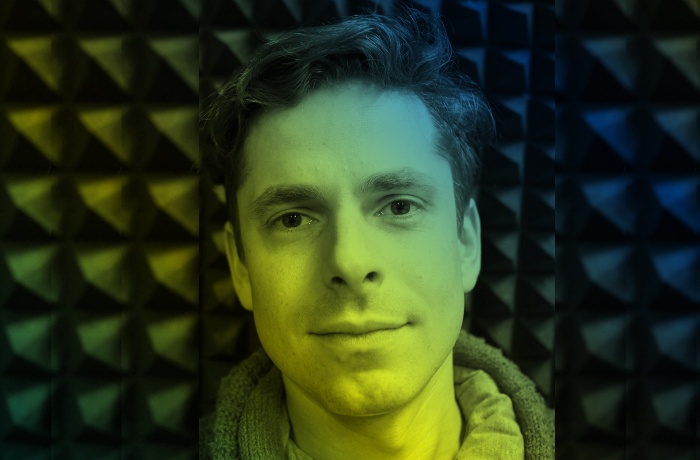 The film Infinity According to Florian by Oleksiy Radynsky documents the struggle of Florian Yuriev, the architect of an iconic modernist building in Kyiv, the Saucer, to save it from turning into a part of a shopping mall. Film critic Aliona Penziy has talked to Oleksiy Radynsky about the film, about featuring the developer Vagif Aliyev in it, and about the possibility of comprehending war through cinema.

The film premiered at the Rotterdam International Film Festival. Do you know about the international audience’s response to this film? In your opinion, how relevant is the subject of illegal development in Europe?

After the premiere in Rotterdam, materials about the film were published in many publications worldwide, particularly in the French newspaper Liberacion. One of the reviews published in a Canadian publication said that the film was as relevant for Montreal as it was for Kyiv. The author thought that the situation with modern architecture in Montreal was the same as here. I guess they’ve just never been to Ukraine and don’t know what the unrestrained power of developers can lead to.

Has Florian Yuriev seen the film? And if he has, what was his reaction?

Unfortunately, Mr. Florian died before we completed the film. But in the last months of his life, he did get to authorize his lines in the film after reading the director’s script. He only made one correction, asking to delete one line. And however sorry I was to delete it, it will remain our film crew’s little secret. 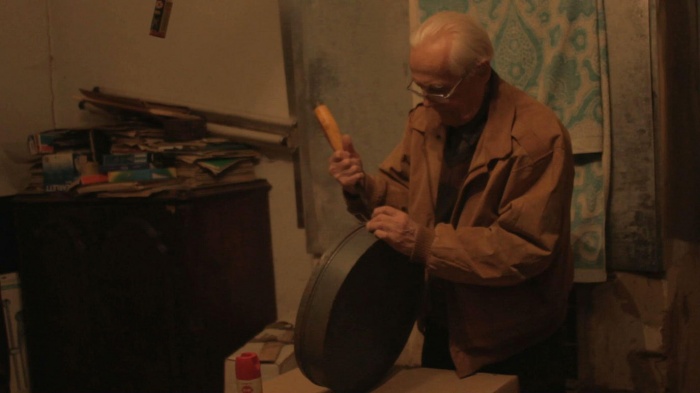 Was it difficult to figure out Florian Yuriev’s theory of the “music of color,” and is the form of the film concordant with it?

Any film, if it’s not in black and white, is by definition a work of color and music. So the form of the film is concordant with Yuriev’s theory in a way. But to perceive the color-music fully, you need to have the capacity for synesthesia, that is, the ability to hear colors and see sounds. You either have it or you don’t. Very few people have this gift, and, unfortunately, I’m not one of them.

The main antihero of the film is Vagif Aliyev, a developer and the owner of the Ocean Mall, the building which, according to the developer’s concept, was supposed to absorb the Saucer. How do you create the character of an antihero when you practically have no access to him, when you don’t communicate with him directly? Did you offer him to join the filming process and what was his response?

The Russian developer Vagif Aliyev was one of the least public people in Kyiv. Of course, that’s not surprising, given his past and his inability to say even two words without demonstrating an extremely low level of intellectual development. For instance, in one of his interviews we used in the film, Aliyev literally says the following: “You should work with real estate when blood is being spilled.” So we realized that there was no point in offering him to participate in the film. But we managed to film two episodes involving Aliyev by using his desire to be in the same scene as Florian Yuriev for PR purposes.

Important reminder: at the beginning of Russia’s full-scale invasion of Ukraine, Russian citizen Vagif Aliyev was arrested by the Security Service of Ukraine, probably because of his connections to Putin’s agents of influence in Ukraine. Unfortunately, since then, we have not managed to obtain any information about Aliyev’s status. Knowing about his total influence on the Kyiv Mayor Vitaliy Klychko, we can assume that Aliyev will manage to escape justice this time as well. So if he shows up in Kyiv again after the war, we will know who we should hold accountable for that, and we will definitely do it.

Is cinema an effective tool of social criticism?

Cinema is a very effective tool of social criticism which aims to unfold long-term processes rather than to cause an instant effect. For example, I’m not sure if we have really made a big impact on the situation with the Saucer with this film, but I hope that thanks to this film, the rejection of the “insidious power of money” will increase.

Did the filming affect the developments around the Saucer?

The presence of cameras itself definitely affected the course of events, especially when we managed to film consultations at the Ukrainian Ministry of Education and Science, as well as meetings with developers which are usually not public and held behind closed doors. The cameras were a sign of public interest, and therefore, the impossibility of “quietly sorting it out.”

The Euromaidan gave a powerful push to the development of documentary filmmaking. In your opinion, what will be the reaction of Ukrainian documentary cinema to the war? How soon will we be able to process these events through art?

The artistic processing of art in Ukraine has been happening since day one, and the most important documentary works are created not by professional filmmakers, but by accidental witnesses.

Stills from Infinity According to Florian