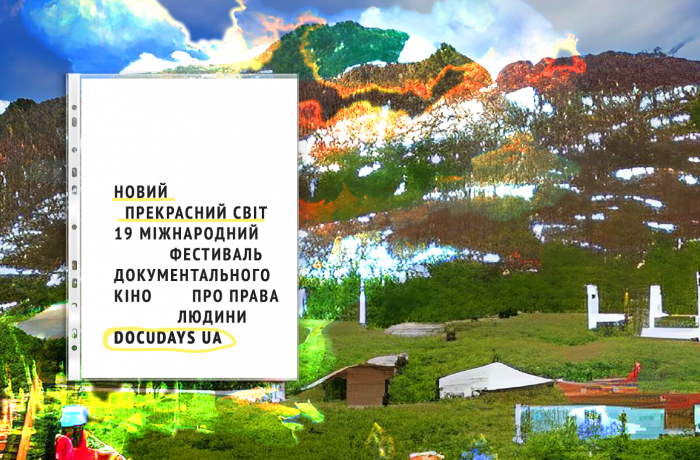 About the topic of the 19th Docudays UA

People always seek to look into the future. At the same time, the door that leads to the new world feels like the airlock of a spaceship which is yet to reach a remote planet. However, the elements of this future are much closer than they seem. Robots are helping us with housework, serve us in supermarkets, drive cars, search for criminals, and even go to war. In the world of pandemics, we are rapidly moving to virtual reality, paying with money which will never be cash. We buy virtual goods which we’ll never be able to touch.

Which jobs will be replaced by machines and artificial intelligence? Cashiers? Couriers? Translators? Who’s next?

What other skills do you need to have to be in demand in the new world? Who will a child born today dream of being?

Algorithms run companies, fire people without understanding how they can be sick or tired. Humanity still cannot solve the problem in programming the self-driving algorithm: Who should it protect in a critical situation—the passenger or the pedestrian who is about to be hit by a car?

South Korea has started a government programme to rehabilitate teenagers with smartphone dependence. To give them an opportunity to feel real life, the government has created special camps. There, teenagers learn to touch one another and just talk. They feel the experience of a tsunami victim and learn to deal with the real physical world.

Meanwhile in the real physical world, authoritarian ideas are springing up in various countries. What global change could humanity face if authoritarianism takes root even in the most democratic countries? And if supporters of authoritarian governments use the most up-to-date technologies for a civilizational rebuilding of the world? And what should every one of us do today to save the world from encroachments on democratic values and human rights?

So we will dedicate the 19th Docudays UA to new challenges. The challenges that have emerged amid the global technological change. And the challenges caused by the COVID-19 pandemic.

What will cities and countries of the future look like? Which new human rights should we discuss? And is it possible to explain the very concept of human rights to an AI or an algorithm?

About the visual solution for the 19th Docudays UA

Artificial intelligence has learned to turn words, sentences or an entire story into a photographic image. The neural network trains using millions of photos of ordinary users, and sometimes it seems to start understanding the world of humans. For instance, this year’s festival topic, Brave New World, appears in the neural network’s imagination as a spring landscape with a snow-capped mountain, colorful houses and greenhouses at the mountain’s foot.

From a distance, it looks completely plausible and even pleasant, but at a closer look you notice “cuts” or patches of plastic—a special way in which the machines see our world. In truth, though, which mountaintop can now do without a garbage bin? The car tries to process the general idea of an object and honestly place it all within a single image.

Interestingly, the AI generates a different image every time you submit the same request. There can be an indefinite number of these images, just as versions of the Brave New World. So this year, we are not publishing the main poster with a single festival visual representation, but plan to use this opportunity to interpret the Brave New World in different posters while preserving the association with the festival using typography.