Please welcome the projects which will participate in the MeetMarket at the British documentary film festival Sheffield DocFest. Charlie Phillips and Charlotte Reekers, curators of the MeetMarket, have selected five projects that will be represented at the film market and gain access to meetings with key industry representatives from all over the world. 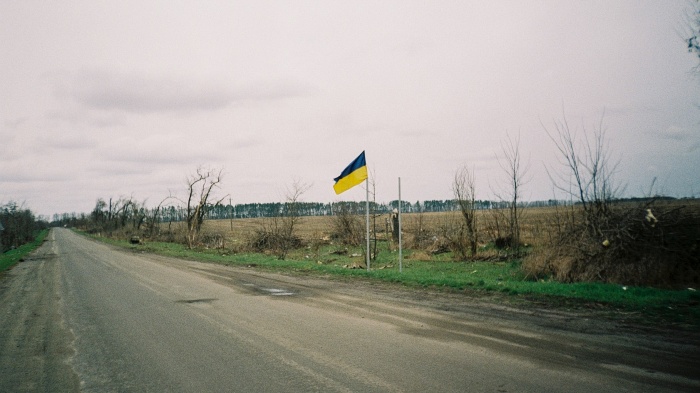 Intercepted is an auteur observational documentary that offers an intimate reflection on the collective trauma of Ukrainians following the passage of Russian troops. Through Oksana Karpovych’s eyes, quiet observations show the painful aftermath of the so-called “Russian world” in the cities most affected by the current war. We meet people in solitude among ruins or ashes, quietly discovering what happened to their homes, streets, schools and museums while they were hiding in the basements or were displaced to safer locations. The journey from one city to the next is accompanied by off-camera voices: intercepted phone calls by Russian soldiers to their families. The banality of these conversations creates an ironic commentary on the ruins and describes the occupiers’ crimes. The film artistically reflects on the collective responsibility of Russians for the war and the deliberate destruction of Ukrainian lives and culture. The existence of this film gives Oksana a necessary way of coping with what she has been through and the bare truth to be voiced and heard by the world. 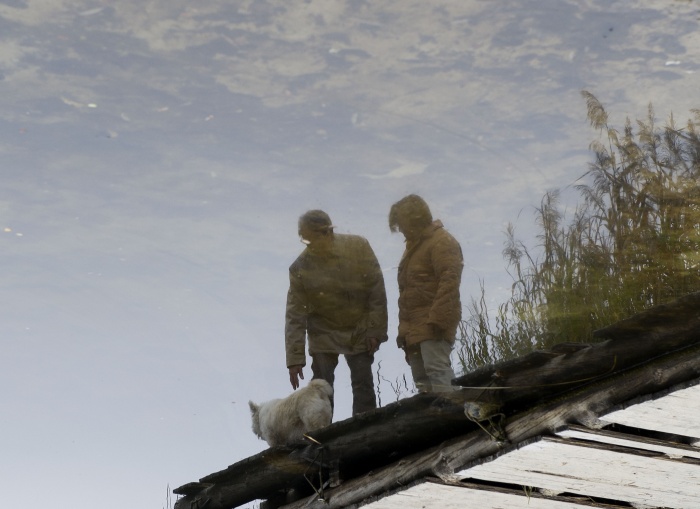 Ivan & Marta. A Day Before the War

This is a love story. Ivan Dziuba was a dissident from the sixties, author, literary critic and researcher. His speech at the premiere of the great Ukrainian film Wild Horses of Fire was taken by Soviet authorities as a call of defiance and protest against the Russification of Ukraine. Ivan was arrested by the KGB and spent about two years in prison. His wife Marta Dziuba tells the story of their life, peering into the past from the day when they celebrated Ivan’s 90th birthday. Ivan Dziuba, celebrated by Ukrainians as the conscience of the nation, passed away the day before Russia attacked our country. Isn’t it a symbolic case? 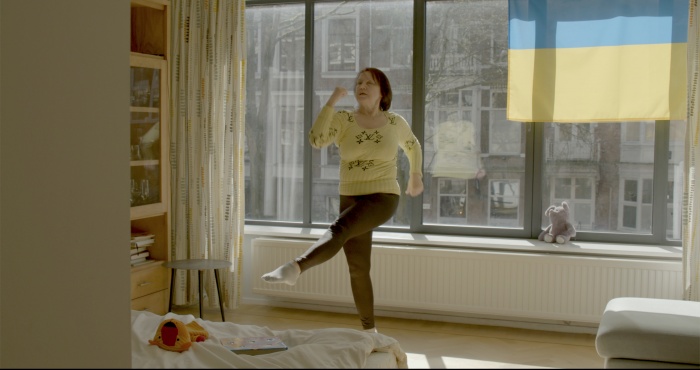 A team of vigorous elderly cheerleaders called the Nice Ladies from Kharkiv, Eastern Ukraine, are preparing to compete in the European championship. Combating social prejudice and self-doubt, they are getting ready to contest their younger competitors in the only available 25+ category. The brutal Russian invasion of Ukraine disrupts their plans and the team's integrity. Will there be a place for cheerleading in times of dealing with trauma and displacement? 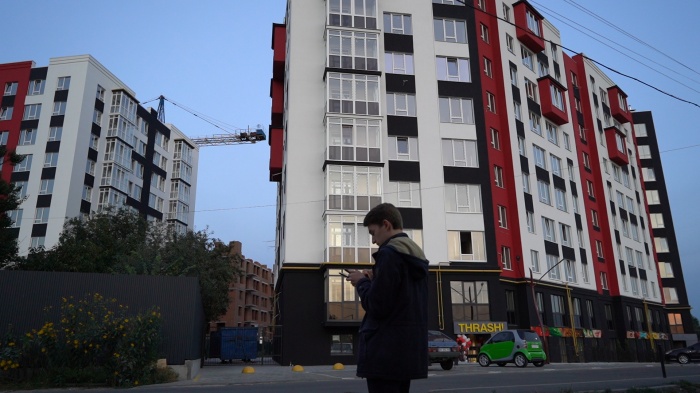 Shut the Fuck Up!

Hatne, a village near Kyiv, is slowly being eaten by the capital's expansion. Serhiy, a shy teenager aged 16, feels injustice and corruption everywhere. He investigates, engages with the community, and exposes the dirty schemes of officials on Facebook. He becomes a whistleblower. The local political elite can't stand this. One day, a local political boss attacks Serhiy physically at a city council session and tells him to ″shut the fuck up″. Amidst increasing violence against civic activists in Ukraine, Serhiy begins to study law. He gets a job as an assistant of Yevgeniya Zakrevska, a famous lawyer who has been defending the families of Maidan victims for years. Eventually he decides to run for office against the politician who tried to silence him. Serhiy is under pressure, starts smoking, feels consumed, as if an overdose of activism would hide a deeper void, a great secret... He questions the meaning of his fight for the public interest, and the sacrifices that this implies. The film follows five years of Serhiy's life, from the time when he started to be an activist, through his political battle and finding himself, ending when he is finding the balance between personal needs and wanting to cause change. 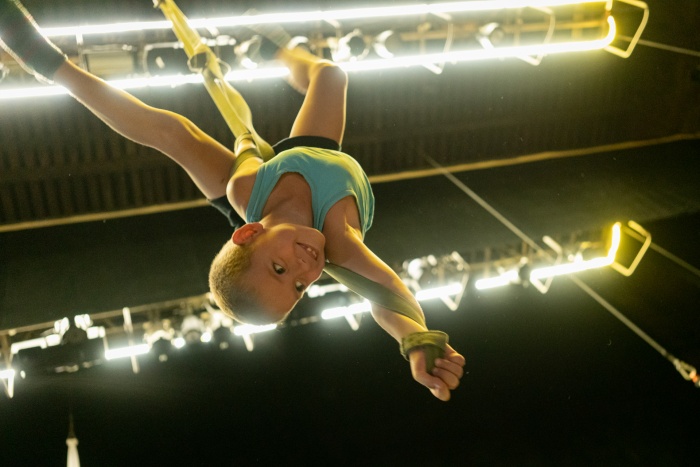 Up in the Air

9-year-old Sasha studies at a circus studio in Kharkiv, Ukraine. He devotes all his spare time after school to practising aerial exercises. His teacher and head of the studio, Svitlana (50), sees him as a talented and promising artist. There are 100 kids studying at the circus studio. Svitlana’s son Zhenia (24) is an aerial gymnast, too, the studio’s graduate, and he helps her with teaching kids. However, he has a different teaching approach and an ambition to develop his own modern circus.

After the full-scale Russian invasion in February 2022, the film took a dramatic turn. Zhenia stayed in Kharkiv to defend Ukraine. Svetlana and her 26 circus children have been evacuated to Budapest. The Princess of Monaco invited them to perform in Monte Carlo at a show which was organised to support Ukraine.