Juri Rechinsky: "It’s very difficult not to go back to my characters" 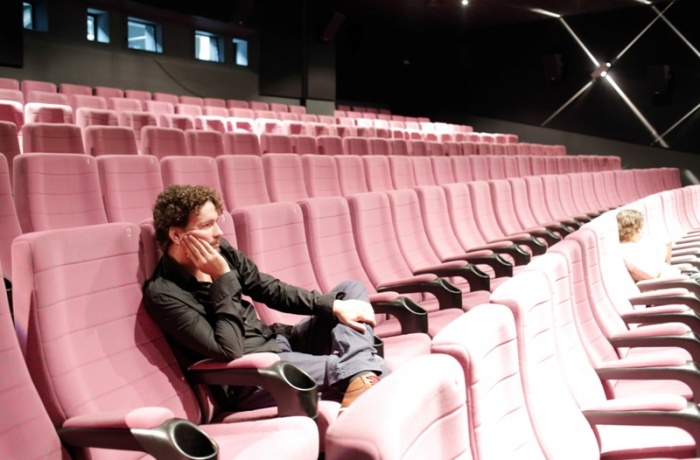 Sickfuckpeople is the first full-length documentary by Juri Rechinsky, which in its short version took part in the International Documentary Human Rights Film Festival Docudays UA competition in 2012. This is a story about misery and hopelessness which reduces people to complete degradation. The protagonist of the story is a begging half-orphan boy that steals metal, eventually becoming a drug-addict.

The World premiere of the full-length version of the film took place in the competition program of the Hot Docs festival in Toronto (Canada) in spring of 2013. Last week, the film won the documentary competition of the Sarajevo Film Festival in Bosnia and Herzegovina.

A few days later, we contacted Juri Rechinsky via Skype to discuss the fresh impressions of his success, further plans on Sickfuckpeople, why the producing country is Austria, and his new projects as a director. 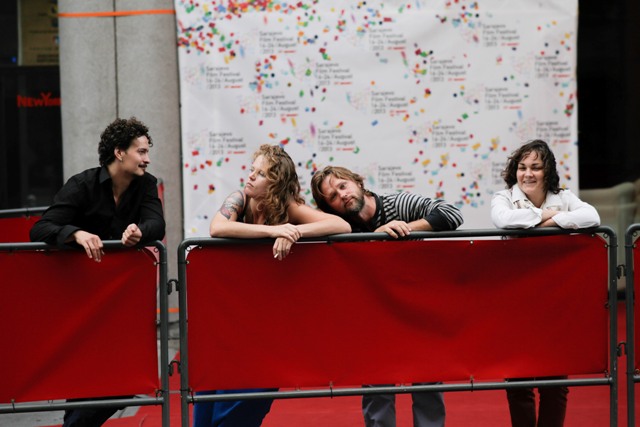 The festival in Sarajevo is the second one for our movie. After it we've planned a series of other festivals, but I can’t give any details now because they haven’t announced thier official programs yet. But in general everything is pretty interesting and good.

– Share your impressions of the festival in Sarajevo. Have you spent a lot of time there?

I’ve spent much more time in Toronto, so I have more impressions from that city. I spent only a day and a half in Sarajevo because the preparations for my next film are already underway. I came there from Kyiv and then I got to Vienna. As soon as I arrived in Vienna, I received a call and learned that we’d won the main prize. After an hour of panicking and considering ways to get a ticket back to Sarajevo, we understood that it was difficult to do something – the Sarajevo airport takes only ten flights a day. In short terms, I didn’t go to the ceremony, but anyway to tell you the truth I had a lot of other things to do.

In general, the city is big and definitely fantastic; the festival was organized at an appropriate level. I’ve managed to see only one film from a Greek director – The Grocer – and it is very, very nice. I recommend taking it into account while preparing the competition program for Docudays UA.

– What is the difference between the full-length and the short version of Sickfuckpeople. Judging by the trailer, a new storyline was added, wasn’t it?

Frankly speaking, there’s basically no storyline in the short film – it was just an observation of a group of children. In the full-length version more pronounced characters appeared, and some more pronounced stories as well. We left only one thing from the previous film – it is a small digression that describes their backstory. But in general we showed two unrelated stories of some characters from this cellar. Although both of them are about how they try to get out. But they stumble upon the world outside the cellar and this world isn’t very friendly to them. 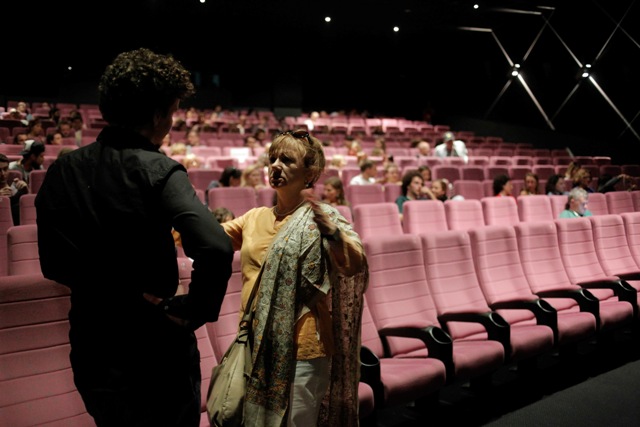 – Did the first film make any impact on them?

They’ve asked not to show the film in those places where they live, so I am not sure if anyone in any way associated with it has seen the film. I didn’t show it to them because I have an idea: to do it in about ten years and to shoot the next part of it.

– You were ahead of my question: do you plan to shoot them hereafter?

Well, yes. Of course, I have such an idea. Because it’s very difficult not to go back to my characters.

– If I'm not mistaken, when you presented a short version for Docudays UA a few years ago, you said that you no longer wanted to return to them. Did I get it wrong?

No, that was true. That time it was straight away from the shooting that was emotionally difficult to go through. There has been a lot of frustration – general frustration. I was very tired of everything – this subject, Odessa, Ukraine…I needed about three months to come out of that state.

– And what has finally changed?

The time just flew. I got in touch with some of my characters again. I don’t know…it became easier.

The first two years I often visited them and it can be totally unrelated to the shooting. Sometimes, it has to do with completely different things. I came to visit them, I met them in the streets. …Then it had grown into phone communication. And now our communication is extremely scarce, always on phone. 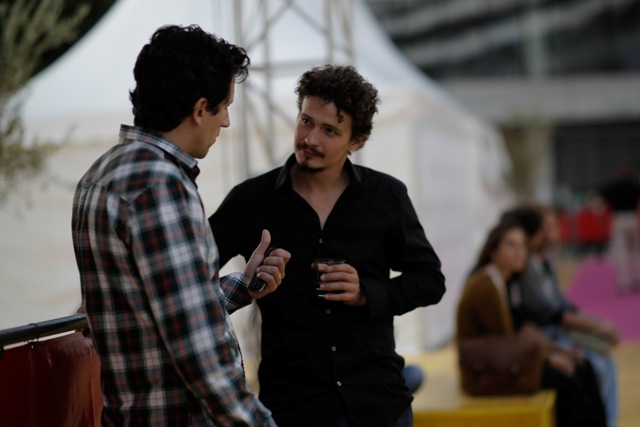 – You have shot your first film from your own funds, on your own, without any producers?

Actually, there were no producers that could pump money into the project. We started with our own money and it ended quickly. Then, in some miraculous way we found someone who was interested in this film.

No, it is a person from Ukraine which isn’t related to cinema at all. Austria came later, after two festivals in which the film took part. Austria came to Kyiv with three producers, brought money and offered to shoot the full-length version of the film, for the Austrian public, in fact. As a result, we shot a completely new film with, officially, Austrian funding only. Actually it is the main reason for the way it was presented – a Ukrainian director with an Austrian film.

– But you have decided not to change the name of the film?

We have considered other names for a long time, but finally we agreed that the previous one works the best.

– And what about Ukrainian festivals – Docudays UA, Molodist – the film with this title has already participated in their programs, is it possible to do that once more?

It is too early to talk about it, but as far as I know, there should be no problems with it, including Docudays UA, which we all love very much. 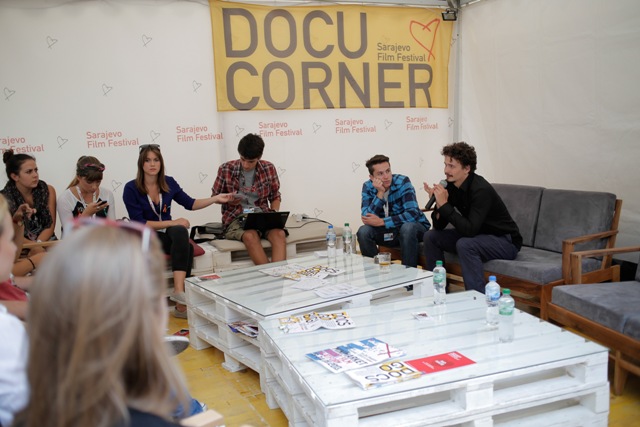 – Does the Austrian side deal with the distribution of the film? Do the rights belong to them also?

Some commercial and financial rights belong to them, but still the elements related to the festival strategy and distribution are our common decisions. And now, thanks to the prize in Sarajevo, we have some progress in this area. In Toronto, we found a distributor for Balkan cinemas. Now more countries are interested in the movie. It is clear, that it isn’t a normal distribution, like the one for Die Hard, but the film will be showed in those cinemas that specialize in the festival and in documentaries. After all, we do not expect more at the moment.

– You have presented two projects – a fiction film and a documentary – at the last pitch of the State Film Agency. Tell us a little bit about them.

Our fiction film is already in the pipeline. The State Film Agency has helped us a lot. We haven’t expected that everything would happen so quickly and we would have a chance to shoot the film this winter. And with the documentary, the situation isn’t so simple, I still don’t know if we have got it funded.

The fiction film will be, in fact, a mixture– there will be lot of documentary elements, real people in ordinary locations. The main part of the movie will be shot in the background of a real place, a hospital for example. Moreover, the story is based on real events. It is very close to a documentary film, otherwise I wouldn’t have worked with it.

– And what exactly will this film be about?

It is about bursting of the soap bubble of illusions about reality, plans and hopes. The man finds himself in the face of reality which is much worse, unpredictable and completely uncontrollable. This process is very painful, but useful.

– Will the filming take place in Kyiv?

We don’t know it yet. It will exactly take place in Austria and Ukraine during all the winter and partly in spring. But we haven’t decided in which Ukrainian city it will happen. Nonetheless, we are looking for it.

– Will it be an official co-production between Ukraine and Austria?

Yes, there will be no more questions about why a Ukrainian director has shot an Austrian film.

– And you second documentary project is a series of interviews...

This project has always seemed to me educational or something of that sort. It is a series of interviews with photographers who always immerse very deeply in the subject of their photos. It was very useful to know about some of them. I was very impressed when I looked at D’Agata. After having shot and arranged this part I thought that if I had seen it at the university, I would never shoot advertising (laughs). I would just have an example of someone who is riding on his wave and does absolutely amazing things. It covers everything.