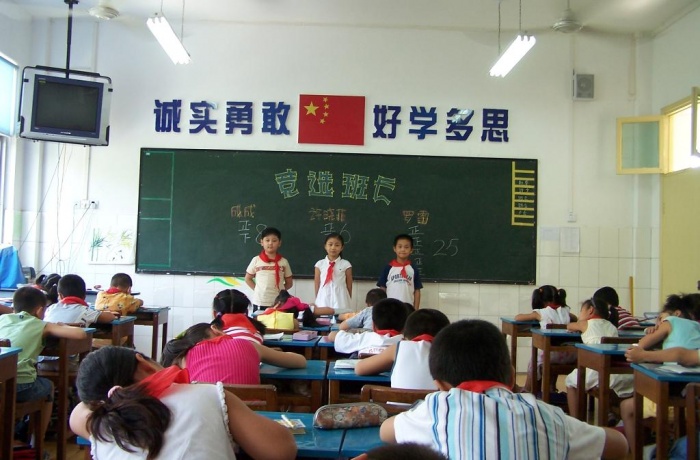 Every Sunday from September 15 through October 5, the PinchukArtCentre and international documentary film festival Docudays UA invite to see the best new documentaries dedicated to the socio-political and cultural situation in today’s China. DOCU/CHINA is held as part of "China China" - a major group exhibition including eleven Chinese artists of different generations, focusing on the tension between individuality and collective thinking - a subject, which not only defined Chinese history and continuously shapes contemporary society but equally gains importance in the West.

Ai WeiWei: Never Sorry (2012) is the first feature-length film about the internationally renowned Chinese artist and activist Ai Weiwei. The film examines the complex intersection of artistic practice and social activism as seen through the life and art of China’s preeminent contemporary artist. Also, this documentary created by film director and journalist Alison Klayman provides a nuanced exploration of contemporary China.

Blossom with Tears (2012) is a story is about competition and survival: a group of blossom-like children struggle to pave the way for their future lives. The film tells the story of two children (Yuan and Xiang) who are studying acrobatics, and their family. Their thin shoulders bear the hope of both families. While undergoing hardships physically and psychologically as they grow up, they learn to find happiness in life in their own ways. The documentary expresses the director's concern about the life of ordinary people in China.

Documentary director Weijun Chen in his film Please Vote for Me (2007) zooms in on a third-grade class in a primary school in the city of Wuhan, central China. These schoolchildren have their first encounter with democratic rules through a class experiment. Three eight-year old children compete for the position of class monitor, influenced by their doting parents, for whom they are their only child – as enforced by state policy. The three main characters take up the challenge in different ways through their campaign strategies, canvassing and election promises. Less self-conscious than their parents, they reflect existing social values more bluntly and honestly than adults.

In ancient times in China, education was the only way out of poverty – in recent times it has been the best way. Documentary Education, Education (2012) by Weijun Chen demonstrates how China’s economic boom and talk of the merits of hard work have created an expectation that to study is to escape poverty. But these days China’s higher education system only leads to jobs for a few, educating a new generation to unemployment and despair. How do you choose a college when you’re the first person in your family who can read? Or pay for it when 4 years of schooling costs sixty years of income? What is it like to join the “ant-tribe”, the 2 million newly graduated Chinese who, every year, can’t find work? And what if the only job you could find involved selling education to other students, even if you knew it was worthless?

Screening of the films starts at 18:00 on the 6th floor in the SkyArtCafe.  Due to a limited number of seats we kindly ask to register beforehand by calling +38 044 590-08-58 or mailing at  [email protected]. Registered participants will have priority entry to the art center.

For attention of mass media:

Accreditation requests must be sent to [email protected]