Who are the juries? 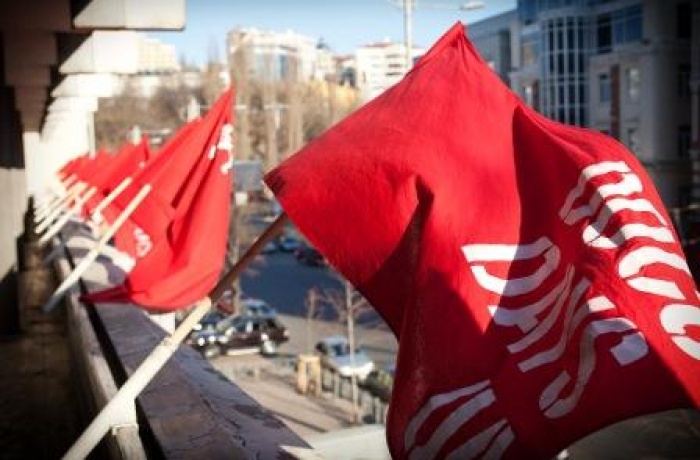 This year Docudays UA is celebrating its tenth anniversary and has lined up many interesting films, special events and meetings with important guests. Now let us present the festival’s juries, who will select the best films in three competitions: DOCU/LIFE (presenting full-length creative documentaries, where problems with human rights observance are shown with an artistic means of expression); DOCU/RIGHT (feature-length documentaries focused on problems with human rights observance) and DOCU/SHORT (documentaries with running times of no more than 45 minutes).

Born in 1961 in Kolkata, a human rights activist, expert in international relations and history, poet, translator and journalist. She worked at the United Nations, was editor-in-chief of the Eastern Economist magazine, and was a board member of the International Renaissance Foundation. She chairs the East European Development Institute, which implements human rights projects. She is the author of the first ever translation of Ukrainian literature into Bengali. The year 2011 saw the publication of her anthology ‘Ukraine Alpona – Ukrainskyi Vizerunok’, containing works of 28 Ukrainian poets from ancient till modern times. In 2012, she published a translation of Lesya Ukrainka’s drama ‘Lisova Pisnya’ (Forest Song). Mridula Ghosh speaks many languages, is well versed in the art of Indian classical dance and theatre, is a choreographer and director. As one of the founders of the Tagore Center, she has launched many artistic projects. During May-July 2012, she devised and hosted a weekly live TV show ‘Pro Svit’ (About the World) on the TVi channel. She is a passionate advocate of intercultural dialog and diversity.

Born in 1977. He graduated in 1999 with a degree of acting from the Higher Institute for Dramatic Arts in Damascus, Syria. He and his partner and wife, Diana El Jeiroudi, launched the DOX BOX International Documentary Film Festival in early 2008. The fifth edition of the festival, planned for March 2012, was cancelled in protest of the Syrian government's crackdown on protesters during the on-going Syrian uprising. Instead, Nyrabia advocated for Syrian documentary films to be shown in festivals around the world in what was termed the ‘Dox Box Global Day’. Nyrabia was reportedly arrested by the Syrian authorities on 23 August 2012 and released on 12 September. In 2002, he co-founded Proaction Film, the first independent film production and distribution company in Syria. His career really got into gear with the international co-production documentary Dolls – A Woman from Damascus directed by Diana El Jeiroudi (the Silver Wolf Competition–IDFA 2007). Today Orwa continues to produce and co-produce documentary and fiction films.

Born in 1961 in Vitebsk. Human rights activist, representative of the National Human Rights Public Association Belarusian Helsinki Committee in the Vitebsk region. He graduated in 1987 from the All-Union Extramural Polytechnic Institute in Moscow. In 2007 he completed an international human rights program organized by the Human Rights House Network. He has participated in numerous court cases and community actions dedicated to human rights advocacy for victims of repression and abuses of power by the authorities. He has been arrested multiple times and conducted hunger strikes. He won a case against Belarus in the UN Committee on Human Rights which identified a systematic violation of Article 19 of the International Covenant on Civil and Political Rights by the Belarusian authorities (the right to hold opinions without interference).

Film director and producer, member of the European Documentary Network and the European Film Academy. Represents Lithuania on the board of the European Cinema support fund Eurimages. He has made 20 films as an independent filmmaker and producer, and won numerous international film awards, including the Public prize in Nyon, the Grand Prix in Split, and prizes in Bornholm, Neu Brandenburg, Bilbao, Florence, Oberhausen and San Francisco. His 1992 film Earth of the Blind won the FELIX European Film Academy award for Best European Documentary Film of the Year. In 2004—2005 he worked as a teacher of documentary film at the European Film College, Denmark. He has been a guest lecturer at Kolkata’s Satyajit Ray Film and Television Institute (India), the Pompeu Fabra University in Barcelona (Spain), Waseda University in Tokyo (Japan), and Stanford and Berkeley universities (USA). He has organized retrospectives and workshops in Israel, Russia, Germany, USA, Spain, Belgium, Turkey, India, the Czech Republic, France and Japan.

Born in Lviv, Ukraine in 1960. In 1984 she graduated from the Russian State Institute of Cinematography (VGIK) with a degree in screenwriting and film studies. She worked as a literary secretary for Viktor Shklovsky, and as a screenplay editor at Lenfilm Studios. She is the founder and editor-in-chief of Séance magazine. Since 1993, she has been the founder and chief editor of the Séance publishing house. Since 2010, she has been artistic director of the Séance Workshop [Masterskaya Séance] company. In 2006, she co-created the TV program Private Screening [Zakrytyi pokaz] on Channel One (Russia). From 2006 to 2011 she was a lecturer at the Saint Petersburg State University of Film and Television (SPBGUKIT). Originator and compiler of the 7-volume film encyclopedia A Modern History of Russian Film, 1986–2000 [Noveishaya istoriya otechestvennogo kino, 1986–2000]. She has won numerous professional awards.

Born in 1947. Worked with short and documentary films for over 20 years at the Danish Film Board, and has written articles for national and international newspapers and magazines. He is the co-founder of the Balticum Film- and TV-Festival, Filmkontakt Nord, and the Documentary of the EU project. He has given documentary courses and seminars in over 40 countries. He was a director of the EDN (European Documentary Network) from its beginning in 1996 until 2005. From 2006 to 2008 he was a freelance consultant and teacher, including Head of Studies, in Danish and European documentary matters at Ex Oriente, Prague. He is a head of the Pitching Forum of DOCSBarcelona, and program consultant for various festivals: Magnificent7 in Belgrade, DoxBox in Damascus, DOKLeipzig and Message to Man, St. Petersburg. He is a teacher at the Zelig documentary film school in Bolzano, Italy, and a tutor on training programs such as Archidoc and DocStories Black Sea. He writes at www.filmkommentaren.dk.

Born in 1960 in Luboml. Graduated from the Faculty of History of Kyiv State University. From 1989 to 1998, he worked as a director at the Ukrainian Studio of Chronicle and Documentary Films and TV Projects. Has been living in Italy since 1998 with his wife and three children. He is an independent director, who has made over 20 documentaries which have been shown at international film festivals in Kyiv, Paris, Toronto, Florence, Tagliacozzo, etc. His first independent work, To Our Brothers and Sisters (1990) won the Grand Prix of the Florence festival. Among his latest works are Wings of a Butterfly (2008) and Life Span of the Object in Frame (2012).

Born in 1957 in Tallinn. An internationally recognized producer and director, one of Estonia’s most successful documentary filmmakers. She graduated from the St. Petersburg State Theatre Arts Academy in Russia with a PhD, and during her long career in the industry she worked as a script editor and director, and thereafter as the acquisition manager for Estonian Television. In 1998 she founded independent production company Baltic Film Production (BFP), and since then she has produced and direct documentaries, TV serials and feature films for the international market. Her most successful productions, the documentary features Working Title: Wunderkind (2012), Pit No. 8 (2011), Lobotomy (2010), Kalinovsky Square (2007), and The Last Phantoms (2006) have received numerous national and international awards. She also occasionally teaches at the Baltic Film and Media School. Marianna has been honored at MIPDOC 2009 as a European Trailblazer, one of seven documentary filmmakers to be selected from different regions of the world.

Born in 1959 in Warsaw. Associate Professor at the University of Warsaw. He has written and produced a number of films, including over 50 documentaries, educational and TV programs for TVP S.A., ARTE, ZDF, Canal+, SFB1. In 1997 he established the Eureka Media Production Company. His films have been screened in more than 70 countries and received over 130 awards. He won awards for Best Producer of Polish short and documentary films at the Krakow Film Festival in 2006 and 2007. He won the Laur Russian National Award (2007) and the Locarno Critics’ Week Award (2008). He directed the multiple award-winning documentary Stone Silence (2007). He is a member of the European Documentary Network, the European Film Academy, the International Documentary Association and the Polish Film-makers Association, and also worked as an expert at the Polish Film Institute until 2011.

Traditionally the Students’ Jury will choose its favorites; its members will be announced later.

For the press: Here you can reserve times for interviews and get accreditation.