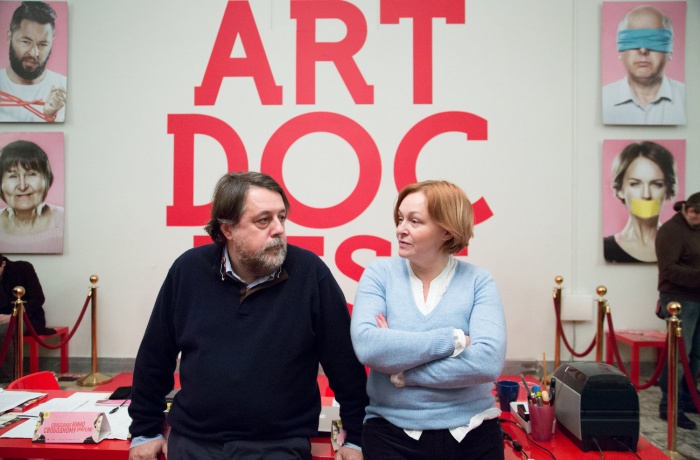 From 9 to 17 December one of the major Russian documentary film festivals ArtDocFest will take place in Moscow. This year the event is not supported by the state. As it was said by the Minister of Culture Vladimir Medinsky, such decision was caused by disloyal representations of Vitaly Mansky (on the picture) – president of ArtDocFest, towards state policy of the RF.

However, ArtDocFest was a success as a crowdfunding project and prepared an interesting program which includes many Ukrainian films. The latter will be shown in several categories.

The non-competition program ‘Environment’ includes films by promising debutants among which Holidays by a Ukrainian director Maryna Stepanska.

Whereas the section ‘Special release’ will represent a new film by a Ukrainian and American director Andrei Zagdansky about a dissident painter Vagrich Bakhchanyan  Vagrich and the Black Square.

Besides ArtDocFest prepared a separate program Ukraine means no Russia. It was based on works of Ukrainian and foreign documentary filmmakers which were first screened in Ukraine and mainly within Docudays UA. The program includes such films as Maidan by Sergei Loznitsa (2014), Museum ‘Revolution’ by an association of filmmakers ‘Cine-Eye’ with participation of Babyllon'13 (2014), A Date with Fatherby Alexander Rodnyansky (1990), Our Motherland by Vitaly Mansky (Russia - Germany, 2006), Orange winter by Andrei Zagdansky (2006), The Living by Serhiy Bukosky (2008), The Other Chelsea – A Story from Donetsk by Jakob Preuss (2011), Pit No 8 by Marianna Kaat (Estonia, 2011), A Fight for Ukraine by Andrei Konchalovsky (2012).

It should be added that Artdocfest will at the same time present special programs in St. Petersburg and within the First Riga International Film Festival. Euromaidan. Rough cut will be screened in both cities.