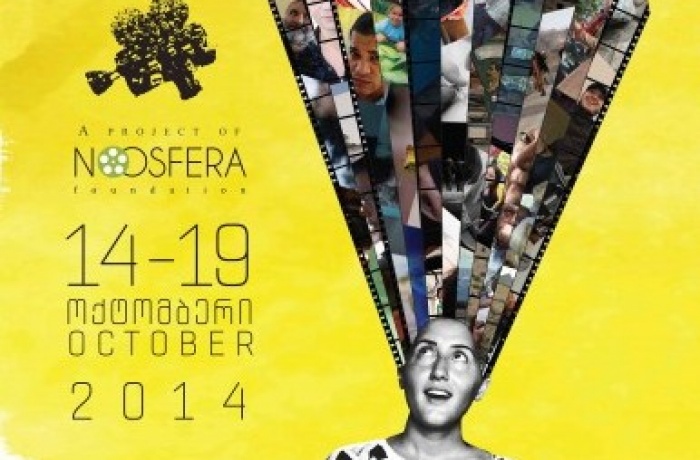 Georgians like to say, "Together with the Ukrainians, we are 52 million!" and use every chance to prove their friendship. The International Tbilisi Documentary Film Festival CineDoc will present a special program "Ukrainian Voices".

The 2nd International Documentary Film Festival CineDoc will take place in Tbilisi on October 14-19. It has prepared a two-day program "Ukrainian Voices", a panorama of our life from a remote village (In the Corner by Dmytro Tiazhlov) to the revolutionary Maidan (film almanac Euromaidan. Rough Cut), from drug-addicted children withering in Odessa cellars (Sickfuckpeople by Yuri Rechynskyi) to stubborn nonconformists unwilling to bend to circumstances because they know there is always a way out (almanac Ukrainian Voices). The Georgians like to say, "Together with the Ukrainians, we are 52 million!" and use every chance to prove their friendship. It applies to cinema as well.

Besides the screenings, Darya Bassel, the Docudays UA program coordinator and this year's jury member of the Focus Caucasus program, and the Ukrainian composer Anton Baibakov will present contemporary Ukrainian documentary films at CineDoc.

"The program department of Docudays UA has long dreamt of going to the mountains," says Darya Bassel about cooperation with the first Georgian documentary film festival. "We permanently keep an eye on films from the Balkans and the Caucasus and have already shown some of them at our festival. This year, it all started when our colleague, photographer Natalka Dovha, set forth with a cultural mission to conquer remote corners of the Caucasus Mountains in August. During her preparation for the trip, some old contacts reemerged. On August 21, before the Independence Day, Docudays UA showed Euromaidan. Rough Cut in PinchukArtCentre, and while the audience was discussing the film and recent events in the country, I was skyping with the CineDoc organizers next door. Ileana and Archil told me that they had been approached by a designer who said he was going to work for free if CineDoc actively supported Ukraine. It turned out they had already decided to dedicate us a special program.

I also asked them to send me a selection of the best films from the Focus Caucasus section so that I could find candidates for this year's Docudays UA. Next day they invited me to be a jury member. "This way you will see everything," said Ileana and Archil in their email.

Moreover, the organizers said that the Georgian society supports us so vigorously that a mere discussion about films will be not enough. "Let's make a special event and talk about Ukraine, Maidan, the war, and your documentary films." Then it suddenly turned out that Anton Baibakov, the composer who has written score for Yuri Rechynskyi's Sickfuckpeople and Euromaidan. Rough Cut (both films are in the CineDoc program) was also going to attend the festival. He also happened to compose music for almost all Ukrainian films about Euromaidan: episodes from the Babylon13 series, All Things Ablaze by Oleksandr Techynskyi and a few more films currently in post-production. So I invited Anton to join the discussion."

After the festival, Darya promises to share her impressions.

Read more about screening and events at CineDoc here