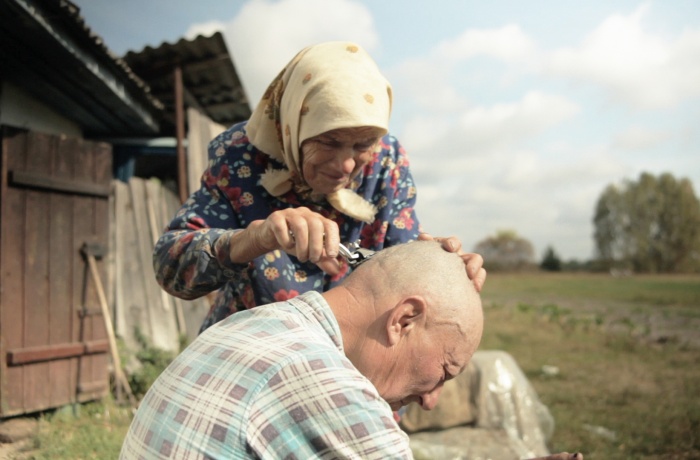 It’s the second year that that Docudays UA and the Slava Frolova Art-Picnic welcome viewers to the open-air screenings. This year the festival’s selection includes six films. Weekly, from August 1st to August 16th, at VDNH in Kyiv, the organizers will screen 2 films made within previous 2 years in Ukraine and Russia.

Each selected film is a different representation of reality we’re used to call post-Soviet. This reality that for a long period of time has remained common for us is currently undergoing dramatic changes. We don’t try to make any conclusions but we tend to watch, discuss, think, and analyze what we see.

A mobile hemotransfusion lab traveling across Russian country wilderness; a god-forsaken Ukrainian village with a lonely mother and her son clinging to life just for the sake of not leaving each other in helpless loneliness. A mine sheltering and nourishing its worn-out kids. The legendary ZIL automobile factory – the immense industrial world governed by men; it could easily disappear together with the Soviet epoch, if not for a few people who dedicate their lives to this grand mechanism and keep it alive with all their strength. Euromaidan. The Ukrainian Revolution. First three months of fighting. From peaceful protests to the heroes of the Heaven’s Hundred. And two communist Russian politicians going to Nepal with a party mission: to get the world closer to the times of fraternity and equality.

Friday screenings start at 9:30 PM on the main open stage of the Art-Picnic. In the event of raining, the screening is moved to the 8th pavilion.

Saturday screenings star at 8 PM in the 8th pavilion.

All screenings are free!

ART-PICNIC by Slava Frolova is the largest social, cultural, and educational project in Ukraine and Europe. It’s a progressive pivot for the society aimed at promoting new healthy lifestyle where arts and Ukrainian culture plays an important role. With its activities, Art-Picnic gives its guests – from kids to elder people – an opportunity to participate in cultural, educational and wellness programs FOR FREE.

The project is also a powerful platform for promoting various kinds of arts; it’s a social art cluster where young artists, musicians, and theatrical performers can present their achievements to general public.