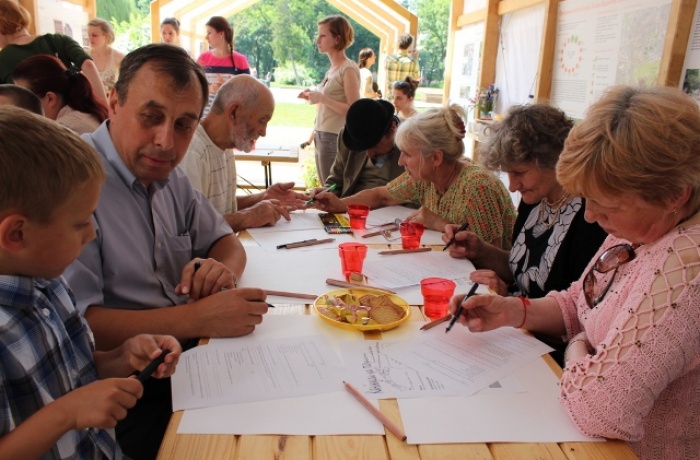 On August 30–31 the Festival of Neighbors in collaboration with the Docudays UA International Documentary Human Rights Film Festival two open air film screenings will be held in Pidzamche, one of the oldest districts of Lviv. During the first show Pidzamche residents and other lvivians will have chance to watch A Diary of a Journey by Polish film director Piotr Stasik and Ukrainian documentary series New Heroes by Roman Bondarchuk. The second day screening will show Euromaidan. The Rough Cut, documentary shorts series based on last winter events in Ukraine. Location: yard of the school #20 (18 Skydana St). Entrance is free!

New Heroes are three documentary portraits of ordinary Ukrainians. Each of them has a story apart, but all of them struggle against injustice in today’s Ukraine. An average person often has difficulty accessing the information concerning the available legal opportunities that would help this person amend his or her conditions: to start a business, to unite a community for the defense of its communal property, as well as their rights and interests. These are three stories that prove that it is possible to fight injustice if one makes an effort, if one is not afraid and doesn’t get broken under the pressure of circumstances. It’s about the ordinary people from remote places in the East and South of Ukraine who stopped the system from driving them into a deadlock.

The films were created with the support of International Renaissance Fund in the framework of the initiative “Legal Empowerment of the Poor”.

A Diary of a Journey

Tadeusz Rolke is an aged Polish master who has devoted his life to photography, especially photo reportage. Michal is his 15-year-old apprentice. They have more than just a typical teacher-student relationship, travelling across Poland to take portrait photographs of the residents of small towns and villages, while the dark room placed in their camper enables them to develop pictures on the spot and give them to the models whom they meet by chance. For the boy, this is an excellent opportunity to find out about the arcana of traditional photography. For both of them, it’s an opportunity to experience a beautiful friendship.

Three months of revolution. From indignant protest to national unity. From pots on their heads to batons and body armor. From the euphoria of victory to the mourning of the fallen Heavenly Hundred. Revolution as an explosion of revived dignity, as the euphoria of freedom, as the pain of awareness at the cost, as the birth of the modern history of Ukraine. This year we have decided not to have an opening film, because all our attention is focused on the changes taking place in our country today. We have asked the directors who filmed the Ukrainian protests to share their best shots with us. The episodes of these upcoming films about the Euromaidan were formed in a kaleidoscope of revolution, which needs no comment. We offer you a chronicle of the Ukrainian protest. Experience the three months of fighting with us, feel and see the revolution through our eyes.

The film will be presented by Yulia Serdukova, the producer and co-creator.

The Pidzamche Festival of Neighbors is created by the residents of one of the oldest Lviv districts in collaboration with the Yota imitative. The festival follows the principles of self-organization and aims to prove that despite the ex-industrial and depressive perception of the district it is actually a cozy place with the warm neighbors relationships and possibilities for development. www.facebook.com/pidzamchefest