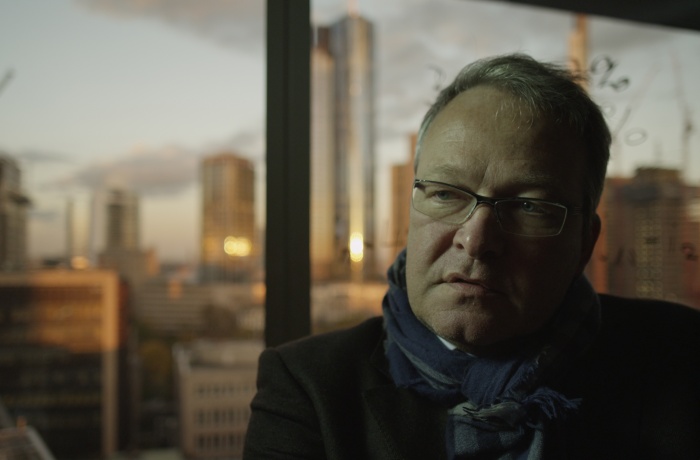 The International human rights documentary film festival Docudays UA has been welcomed by students of the Institute of Journalism at Kyiv National Taras Shevchenko University to present this year festival’s Ideoruption program. Three films of the program will be screened in the course of the DEMONSTRATION Human Rights Film Days.

New times demand new words and concepts, not superannuated or compromised, to which could make people reflect on the situation we all found ourselves in, and the ways to improve it. In 2013 the Docudays team invented the word ‘ideoruption’, which means corruption almost turned into ideology that has taken deep roots in Ukrainian mentality over time. This topic has become central to this year’s Docudays UA festival in Kyiv.

On May 28 to 30, at 5:30 PM we welcome all interested viewers to watch and discuss the screenings at the Institute of Journalism, 36/1 Melnykova str., room 35.

On May 30, the final discussion will be joined by Tatiana Peklun (journalist, member of the movement CHESNO, representative of Anticorruption Action Centre) and Natalia Sedletska (investigation journalist, member of the Yanukovich Leaks project). The discussion will be moderated by Maksym Butkevych, coordinator of the No Borders project and staff moderator at DOCU/RIGHT human rights advocacy selection.

Entrance will be free as always.

Coach Zoran and his African Tigers by Sam Benstead

Following almost 50 years of civil wars, South Sudan became an independent state in July 2011. The terrifying yet fascinating process of the birth of a nation is accompanied by death, malaria, and financial meltdown. Seeking to form a national football team, the new country calls in the Serbian Zoran Djordjevic, a hugely successful veteran coach.

Master of the Universe by Marc Bauder

Master of the Universe is a chilling confession that exposes a parallel world driven by megalomania and quasi-religious fervor. Where other films on the financial meltdown have focused on the epic nature of larger-than-life business, director Marc Bauder probes the mentality that made it possible in the first place.

For the first time ever The 2014 Winter Olympics were to be held in a subtropical resort. The most expensive games ever have broken all records when it comes to corruption and megalomania.

The title of the festival, Demonstration, reflects its core concept: demonstration as a film screening, a protest, an articulation of social issues. Thus we regard cinematography as one of means for formulating and solving complex issues.

The festival’s objective is to explore the means used by cinematography for showing reality using the three films as an illustration; to understand, how cinematography works with social and political issues. The meetings will be organized in the manner interesting for journalism students, though we welcome everyone interested in documentary films.

Photo: a snapshot from Master of the Universe